The Fight To Save A Mountain

A former Air Force pilot and tea planter describes why, at 77, he is still ready to fight to protect the Himalayan landscape he calls home I have fought poachers to save these forests. I have lived like a pauper to preserve what you see now.

Jilling—the land I came back to in 1974; the land in which I met Parvati, whom I married; the setting in which our young love flourished; the home we sadly had to leave, but to which we promptly returned, this time for keeps—has been with the Lall family since 1965. My mother, Hope Violet Lall (née Norton), purchased it from a gentleman who was given the land by the Indian government when he came to India from Lahore after Partition. Before that, the estate belonged to the Stiffles, a British family that owned the entire expanse since the early 1900s, when it was still called Jilung. Over time, the entire mountaintop comprising orchards, forests and farmland became Jeeling, of which 100 acres now belong to the Lalls, and is popularly known as Jilling or Jilling Estate.

My father was an ICS officer, which meant I spent much of my formative years all around the country, from Varanasi, where I was born, to Badayun, Agra, Bareilly and Delhi. As a kid, I was obsessed with flying and decided, at the ripe old age of six, that I wanted to fly. I joined the Air Force in 1964 and spent the next few years flying some of the best fighter aircrafts at the time, including the MiG21—my personal favourite. I always wanted to be a fighter pilot, not a career officer. I saw my share of action—both good operational flying, and in the wars of 1965 and 1971. But the Air Force requires discipline and I was not good at taking orders. There was conflict with some of my seniors—I couldn’t agree with their way of functioning. The only way out was for me to leave.

In 1974, after a nine-year stint, I came back to Jilling to soak in the cool environs—the rhododendrons, the evergreen oaks, the waterfall, the springy grass—and to run the show here. Instead, what heated up was a romance between Parvati and I. While I admired her innate courage and common sense and got on rather well with her, my parents, sadly, didn’t share my enthusiasm. So we left Jilling and floated about in a variety of places—largely tea gardens—before finally returning four years later, this time for good. By then, our son, Richard, was born in the Tasati tea estate in the Dooars, and a few years later, our daughter Nandini arrived in Jilling under lamplight in 1982. 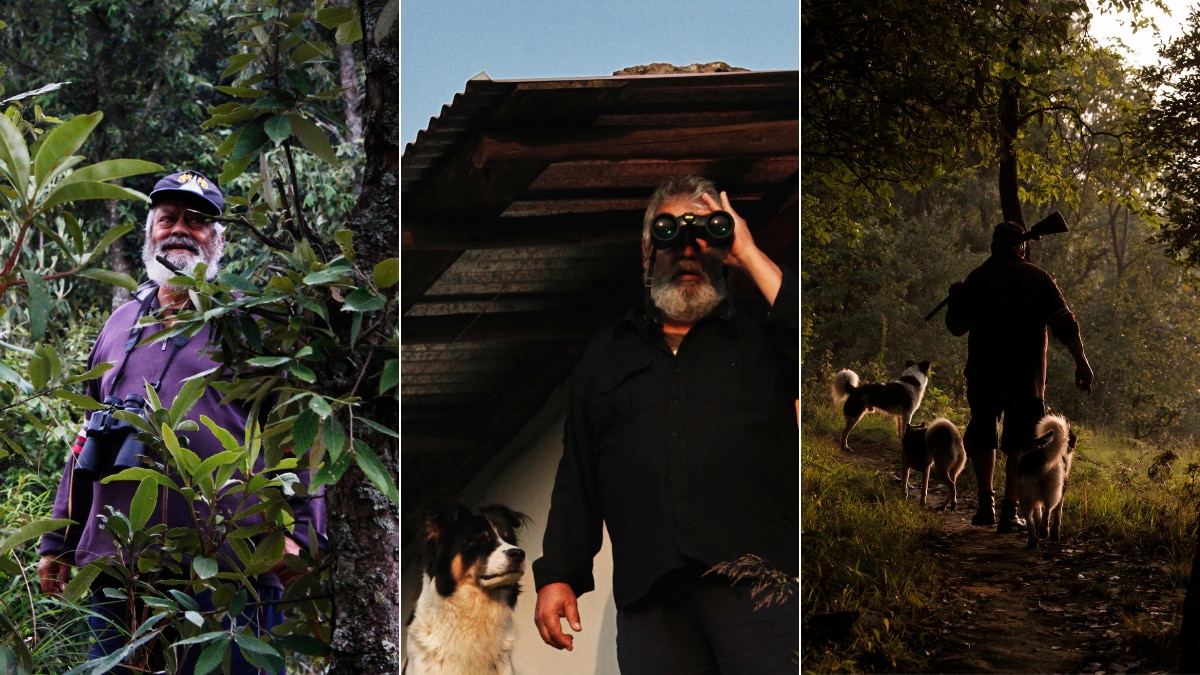 I was always nature-inclined and visited many of India’s beautiful woodlands—such as the deep interiors of Arunachal and Nagaland, as well as the great forests of Bhutan when I was posted there as the Acting Commanding Officer of the airfield at Paro. So while the change of pace from combat action to hilly isolation seems dramatic, in essence there was no grand transformation—just a continuation of doing what I really loved already. I just learned to do it all without the Air Force lifestyle.

Conserving Jilling had become my passion since I first came here in 1967, when I was 23. The shadow of serious problems casts a pall here—water sources are fast drying but people with thick wads of cash buy land regardless, chop down trees and build their colossal dream houses with swimming pools and the like, with little care for the environment or the community. Poverty is rampant and despite the locals’ innate grit, they are now leaving. Villagers are compelled to sell their land and then work on the same soil they once owned, for a pittance. Desperation begets harsh attitudes, threatening the famous spirit of Kumaoni hospitability and camaraderie. Pity.

In the midst of all this were Parvati and I—two people with one thought: We need to save this place. With little savings, we just about managed to scrape through. At first, I made money by farming and selling produce in Haldwani, but it was still hand to mouth.

The trees and assorted crops in the estate had been neglected, so we battled rot and disease. Ever organic-minded, we avoided chemical sprays or artificial fertilizers, in favour of organic manure, but that meant we didn’t make a profit! Some villagers trooped in to help us in lieu of daily wages, a meal and tea a few times a day. It is surprising how far people would come to earn that paltry sum!

For sustenance, I started hosting visitors at the estate sometime in the 1970s, which kept starvation at bay. I kept it low-key and low density—we never hosted more than five to six couples—since preserving the environment was critical. This also meant that new construction and interference with the terrain were out of the question. But it made no difference since, surprisingly, visitors were thrilled to stay in the renovated cottages, and even in tents!

Word of mouth about Jilling spread, and slowly, more people began to trickle in. The income was nothing to boast of, but whatever we earned was poured straight back into our preservation efforts. A large number of neighbouring villagers found work with us and were trained in the basics of hospitality: how to serve guests, how to set a table. It was all very rudimentary (no five-star paraphernalia like napkin rings!), but rough and ready and fun. I remember we would build campfires and all of us would sit around and enjoy it. I would beat 20 eggs, add bacon and make omelettes or bhujia (scrambled). It was like a picnic, with woodfire adding to the flavour. People loved it!

Living away from it all on top of a mountain, the effects of the current pandemic are felt differently. Our meagre income from running a homestay is gone and we have had to turn back to farming full-time—a tough task in the hills with climate change, untimely rains, hail, forest fires (usually the work of arsonists) and deforestation. Wild herbivores turn to our crops for survival and the rise in monkey and langur numbers make harvests near impossible. Provisions are harder to come by and we’ve had to brace ourselves and survive on what is available. 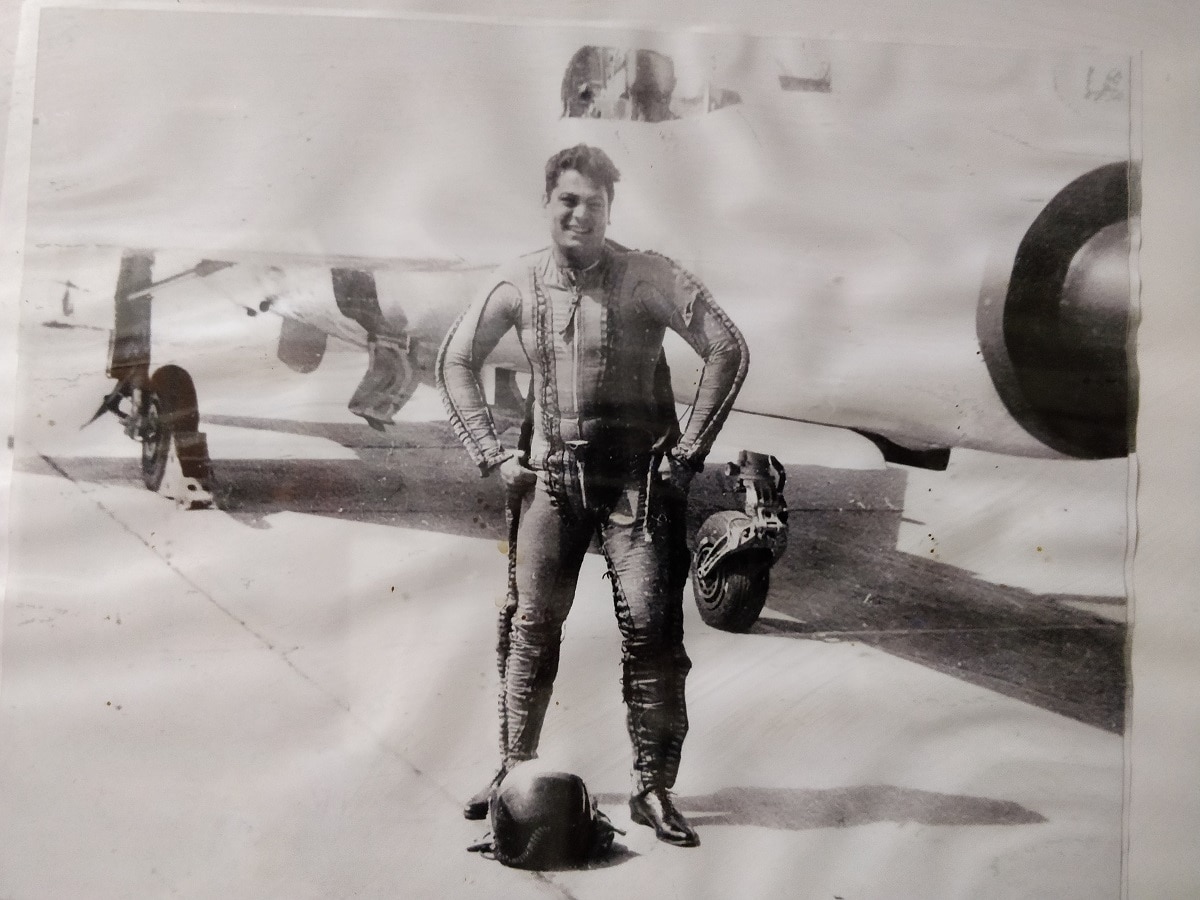 The author, then with the Indian Air Force No. 45 squadron, 1969 (Photo courtesy Nandini Lall)

However, I am not bitter. I have chosen this life and I am enjoying myself. I do miss getting into a fighter plane and throwing the aircraft around—the actual flying, not the rambunctious soirées, though I have fond memories of those too. In our time, things were more easy-going. We may have lacked discipline, but we had skill. If you didn’t, you killed yourself.

Today, I may have little to show in my coffers, but what I can show is the fruits of our efforts—healthy forests, thriving flora and fauna, an earthly paradise. I am happy, and my children are happy to join the fight. A very long time ago, people were trying to shoot mountain goats here. To give them a scare, I yelled out so angrily, they ran the other way. There was a bit of an uproar—Shikaar mat karo! Lall Saab maarte hain! (Don’t hunt here, Lall sahib will thwack you!) But there you have it: If I find anyone starting a forest fire, I will not back down. If you want to go after me, go ahead—but preserve Jilling, I will.

—As told to Abha Shrivastava; with additional inputs by Ishani Nandi

Do You Like This Story?
16
2
Other Stories
Please enter valid text
Must Reads
Latest Issue