Tech Learning For All, A Daring Rescue And Other Positive Stories

The efforts of K. Suriya Prabha and Nawneet Ranjan are ensuring that tech education is accessible to the lower echelons of Indian society 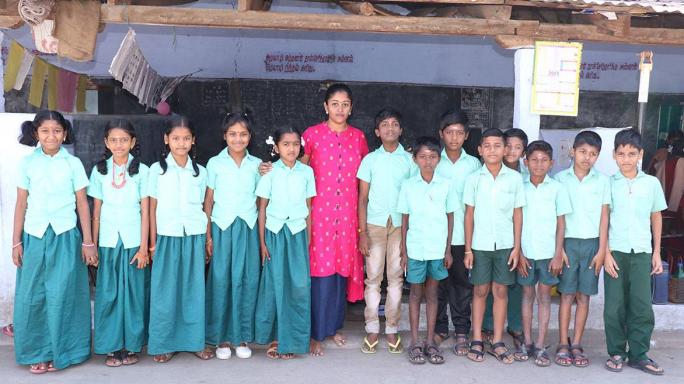 Tech Learning For All

Education: Young children in villages and slums across India are gaining access to the power of technology thanks to these dedicated and remarkable individuals.

Ranjan’s belief is that storytelling and technology can and should play a larger role in India’s education system.

Environment: A historical theme park in France has enlisted some unlikely help in clearing up litter left by visitors: six rooks. The Puy du Fou park in the Vendée region has trained the birds to pick up litter by installing a small box that delivers a nugget of food each time one of the birds deposits a cigarette butt or piece of rubbish.

“The goal is not just to clear up, but also to show that nature itself can teach us to take care of the environment,” says Nicolas de Villiers, president of the park, which receives two million visitors a year. De Villiers says the birds are “very fast” and can fill a box in less than 45 minutes. “We want to educate people not to throw their garbage on the ground,” he says. “Sometimes it’s good to make people feel a little bit guilty.”

Tram That Drives Itself

Transport: Europe’s first self-driving tram has been successfully trialled on a six-kilometre route in Potsdam, Germany. The autonomous Combino tram, looks like any other tram but uses radar, laser technology and camera sensors as multiple virtual eyes to view oncoming traffic. Travelling at up to the track maximum of 50 km per hour, it can respond to hazards up to 100 metres ahead faster than a human. On 2 January 2019, nine lives were lost when a boat capsized in the Mahanadi river in the Kendrapara district of Odisha. The toll could have been much higher had it not been for three brave girls, who put their lives on the line to save more than 20 people.

Subhasmita Sahoo, and sisters Purnima Giri and Sabita Giri, emerged as heroes in this tragic incident. According to Odishatv.in, not only did Subhasmita swim to the river mouth, she also managed to rescue the lives of eight others (including her mother) by dragging them to safety. The Giri sisters also saved the lives of more than 10 passengers. Subsequently, the Odisha government honoured the sisters as ‘heroes’ who ‘represent the bravery and compassion of young Odisha’.