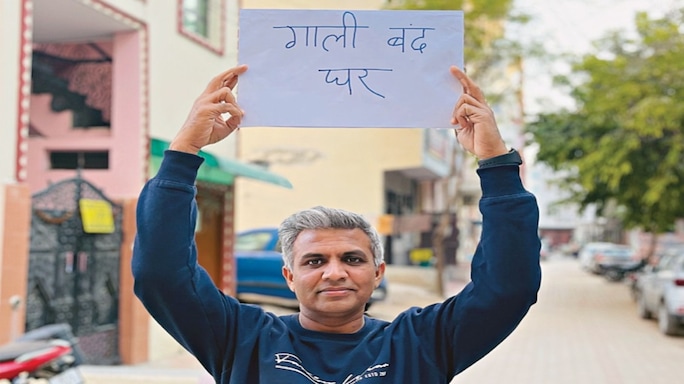 39-year-old Sunil Jaglan began the Gaali Bandh Ghar Abhiyan—Stop the Swearing campaign— to fight the patriarchal attitudes behind the use of sexist profanity.Photo Courtsey: Sunil Jaglani

Monika Bazzad was on her weekly video call with her father, a policeman from Haryana, when he broke out yet again into a misogynist slur. He’d had a bad day at work and thought little about the impact of his language on his daughter,who flinched at the word.

“I asked him why he chose to use words like that. Don’t you know what they mean?” she said. Challenged by his 23-year-old daughter, and unable to defend his casual use of sexist profanity, he handed the phone to his wife and walked away. That was a year ago, and now Monika proclaims her home a gaali bandh ghar (A profanity-free home).

Monika is one of the many young women who have joined the Gaali Bandh Ghar Abhiyan (Stop the Swearing campaign), a crusade aimed against the misogyny that abounds in swear words. Started by 39-year-old social activist Sunil Jaglan in 2014,while he was Gram Pradhan of Bibipur,Haryana, the campaign began as a response to the easy use of abusive language he found rampant within his village. “In our panchayat meetings, I noticed that whether men talked about problems facing the village, or made wisecracks, they would regularly slip in cuss words—most of which would invariably be the kind that shamed women or their anatomy.”

In a patriarchal society, using female-centric slurs is often the weapon of choice to attack a man’s honour and dignity. Dive into the etymology of swear words, and one can see how much profanity stems from this demeaning of women,and their reduction to signposts of family honour.

As a father to two young daughters,Sunil became increasingly sensitive to the prevalent gender inequity and sought a change. His first daughter,born a year after he was elected as the head of his panchayat, was the turning point in how he viewed the world. “My daughter's birth really opened my eyes to how little our society values a girl.There was a clear turn in my work towards what people would pejoratively label as women’s issues.We started campaigns against female foeticide, held Mahila Gram Sabhas(Village Women conclaves), and several other programmes that would push for women’s rights.”

His efforts soon bore fruit—the Bibipur model of women empowerment and village development was adopted and implemented in 100 other villages in Haryana by then President Pranab Mukherjee. The Panchayat also won several cash awards for effectively implementing the Save the Girl Child Campaign in 2012.

The Galli Bandh Ghar Abhiyan, was a result of this larger push towards making his panchayat more gender-sensitive and inclusive. Starting with a resolution in the Bibipur panchayat, where villagers pledged to stop using misogynistic profanity, a committee was formed in the village to monitor and enforce the rule. If found guilty, the perpetrators risked social censure and boycott, and even police action—Section 294 of the Indian penal code, provides that those found guilty of obscene acts, songs, or words in public face a prison sentence of up to three months.

Jaglan, now a senior advisor to the Pranab Mukherjee Foundation and founder of the Selfie With Daughter Foundation—named after the Selfie with Daughter initiative lauded by Prime Minister Narendra Modi on his radio programme—has travelled to 320 villages, 58 educational institutions,across states such as Haryana, Uttar Pradesh, Rajasthan, Kashmir and even to neighbouring Nepal to spread the word about watching one’s language. 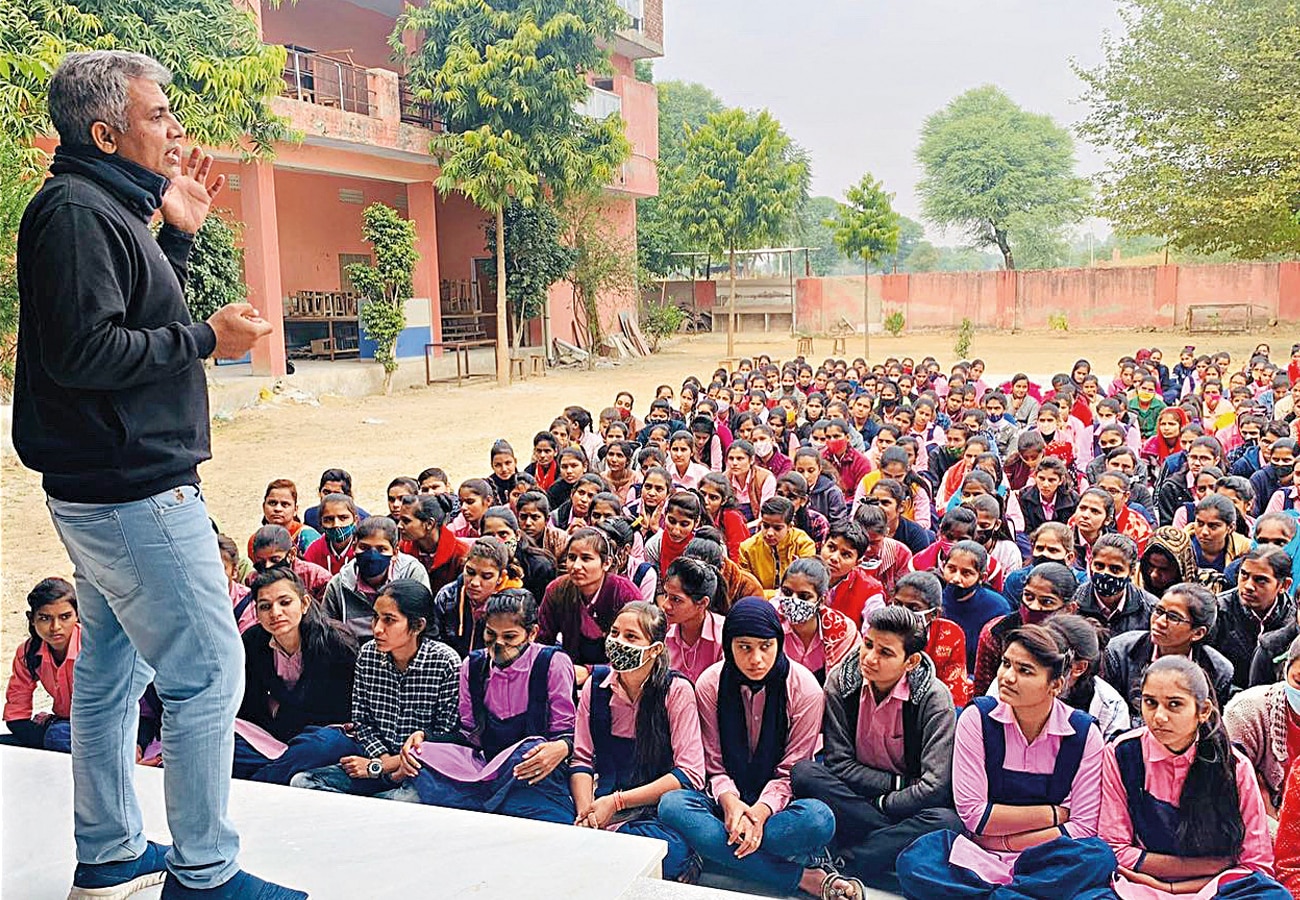 But changing long normalized attitudes can be an excruciatingly slow process. Despite amassing the support of several villages, a collective of over 2,000 women and 100 men joining as counsellors, and over 300 volunteers, only 30 homes have been declared completely swearing-free so far. Jaglan admits, that having bullied women all their lives, “it is often the older men that have the hardest time unlearning this behaviour.”

This unlearning is a must, Jaglan insists, if women are to achieve any measure of parity. “There is little value to raising slogans and running policy programmes for women empowerment if we do not change such deeply ingrained attitudes towards women.That starts at home,” says Jaglan. “These expletives are the first, seemingly innocuous, transgressions against women,and the culture that lies behind them enables more serious crimes such as domestic violence,” he adds.

Despite the odds, Jaglan remains steadfast in this ambitious crusade,inspired in part by the young women volunteers who believe in the cause: “A lot of them lack the opportunities to take charge, but I have found that once women get a start, there is little that can stop them from moving mountains.