Some Questions For A Brother: A Grief-Stricken Sister Mourns The Loss Of Her Beloved Sibling

I wonder sometimes whether all Rocky needed was someone to open a window somewhere and throw him a blanket. Was that someone supposed to be me? He looked distinctly out of place in that emergency ward, smartly dressed as always in only the finest—from his suit and tie to his polished-to-a-shine shoes. Only that thing around his neck did not belong to my brother; a ghastly green plastic rope, sawed off shabbily at the ends when they brought him down. That and his face, eyes bulging, tongue out and mottled. I did not know how to respond. Instead, I went about dusting his suit and rearranging his arm, which was dangling at an odd angle from the stretcher. The doctors declared him ‘dead on arrival’. Later, when they returned him from the mortuary, they had wrapped him up in sheets and tied him up with ropes.

Did Arijit Lahiri, my beloved Rocky, think of what was to come when he made his decision? Did he know his clothes would be torn off him and his insides poked at by strangers? Did he think about it as he went about organizing the day? When the body is finally consumed by fire, all that you have left are questions. We rehearsed his last day incessantly, picking over it for clues. We heard he walked his dogs, gulped down his breakfast and drove off, cheerfully fixing to meet his wife and her parents for lunch. From colleagues’ accounts, it had been another hard day at the office.

After work, he had stopped to buy the plastic rope he needed and then went on to hang himself from the ceiling fan in the old house they had lived in. His laptop and briefcase were placed neatly on a chair. His wife found him that evening. In retrospect, I was relieved when we took him home that last time, I in the front of the van, him, draped in sheets, at the back. The driver played the radio and I began to accept that it was all over. We were alone then, he and I, not laughing about some silly joke or quarrelling even—just silent. 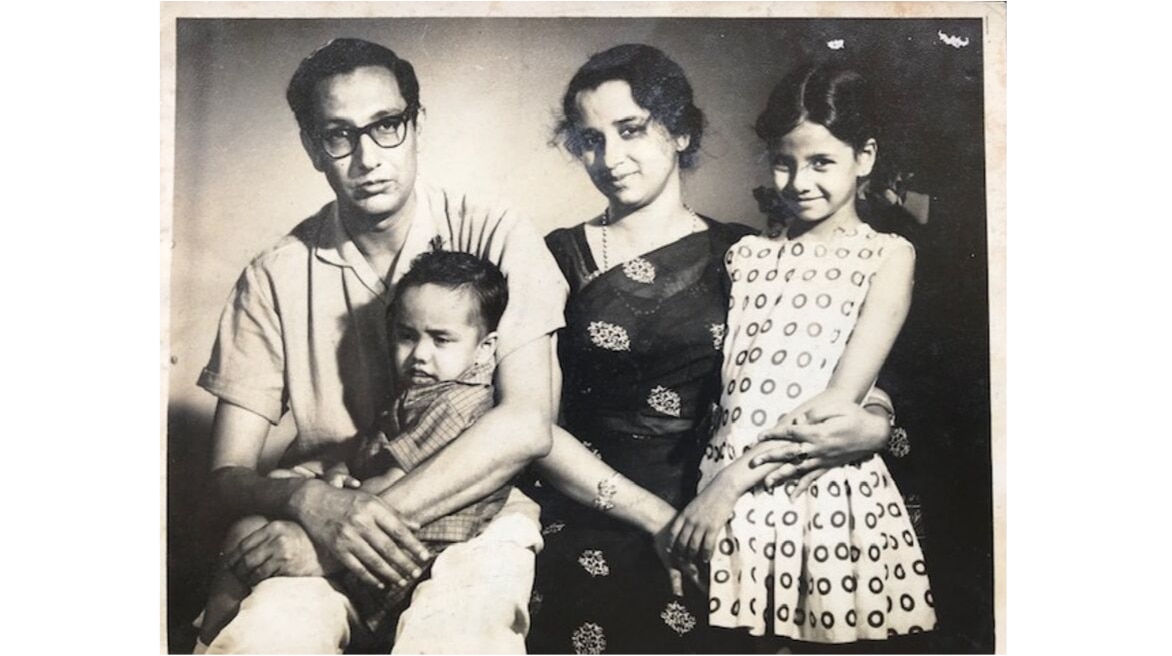 My questions to him began in that moment and I have never stopped asking. Okay, we’d had it tough, he and I. But Rocky, you’re supposed to fight, right? You’re not supposed to cop out, right? He didn’t answer. Maybe dead people laugh and the living can’t hear them. I would like to believe that he was laughing, showing his tormentors the finger as we trundled over the potholes and made our way home. His home. The keening of the dogs brought the first rush of tears to my eyes. Kit Kat and Nutty knew immediately what had taken me 24 hours to realize. He was gone.

That year he hadn’t come home for rakhi (Should I have guessed?), and the last time we spoke he had said we would meet and talk about things that were not going so well in his life (Should I have insisted he come over immediately?). Over the years, we had grown apart, busy with our own lives and work (Should I not have found time for him?), but he called, usually on his way to office. I invariably told him to drive carefully; he would laugh and continue chatting: about Ma, or Arjun, my son and his favourite nephew or his dogs and mine. I’ll always think of him like that: a whiff of expensive aftershave, Ray-Ban glares and blaring music as he drives off, hand raised in a quasi-salute.

With that image comes a memory. Our parents had gone to Europe and we had the run of the flat for a fortnight. I was at home, reading, when a very harried Rocky came rushing in. He was learning how to ride a motorbike and he had rammed it straight into a police van! Flustered and nervous, he had invited the cops to our flat with the offer of tea and omelettes if they let him off. The police did let him off with a reprimand but he never practised riding the motorbike in the neighbourhood again …

This boy grew up, and before he was 50, he killed himself. No note. No accusations. No remonstrations. The ringtone on his phone played his favourite Hindi film song from Dil Apna Aur Preet Parai: ‘Ajeeb daastaan hai yeh, kahaan shuroo, kahaan khatam … ’ I wondered if there was a hint there that I had missed. ‘This is a strange tale, where does it begin, where does it end … ’ (Left) The author at her brother’s (Rocky’s) rice-eating ceremony; (right) with little Rocky in Bombay, 1966

In the clarity of my head I know I am not to blame. In the dark recesses of my heart, guilt seems to have found a home. As a young boy he loved the cinema and when Baba took him to see Battle of the Bulge, he was sleepless with excitement. We lived in a modest flat in Bombay’s Bandra and the ima-gined roar of battle filled the rooms for days—a ruler doubling up as a gun and a chair as a war tank. Then, he watched Shammi Kapoor’s Brahmachari and tried to hide his tears when he narrated the story to our help, Gyanada, whom he adored. I teased him and that made him very angry. Ma and Baba took his side, and that made me angry.

My parents adored their son and I often felt ignored in those early years. I have often thought that it was our parents’ divorce that left him off-centre. He couldn’t cope with the absence of our father and showed his resentment in many small, odd ways. It was even more awkward when Ma remarried and found happiness with our stepfather. I was delighted to meet Bapi but Rocky was wary, diffident. Things got better when our little brother Shamya was born, because we both loved him unequivocally. Rocky accused me of loving the new entrant a little more than I loved him, and that was partly true. My attention and love had transferred to this curly-haired baby, who became the centre of my universe. If Rocky felt betrayed, I was guilty. My brother ended up playing cricket for the state Under-19 team and was a good student. Shamya hero-worshipped him and went to school with Rocky’s Under-19 cricket team’s cap hidden in his bag to show off to his classmates. Then I got married and moved away from home, to live in another city.

What causes depression? Many tiny moments of sadness or one traumatic legacy that sweeps you in a storm that you never recover from? And what is the tipping point? When does the burden become so great that it makes someone who is depressed take his own life? For months afterwards, friends and family who had seen him grow up could not believe Rocky could take his own life. He was known, after all, for his dry, deadpan sense of humour that spared no one. When he held forth, we cracked up. Was he trying to lighten Ma’s mood that last time he called—hours before he died? All she could say, disbelievingly, when she heard the news was that he seemed to be in such a jovial mood that morning, teasing her and joking about relocating to Kolkata and finding a new job, any job that would be less pressure, even if it meant opening a grocery store. 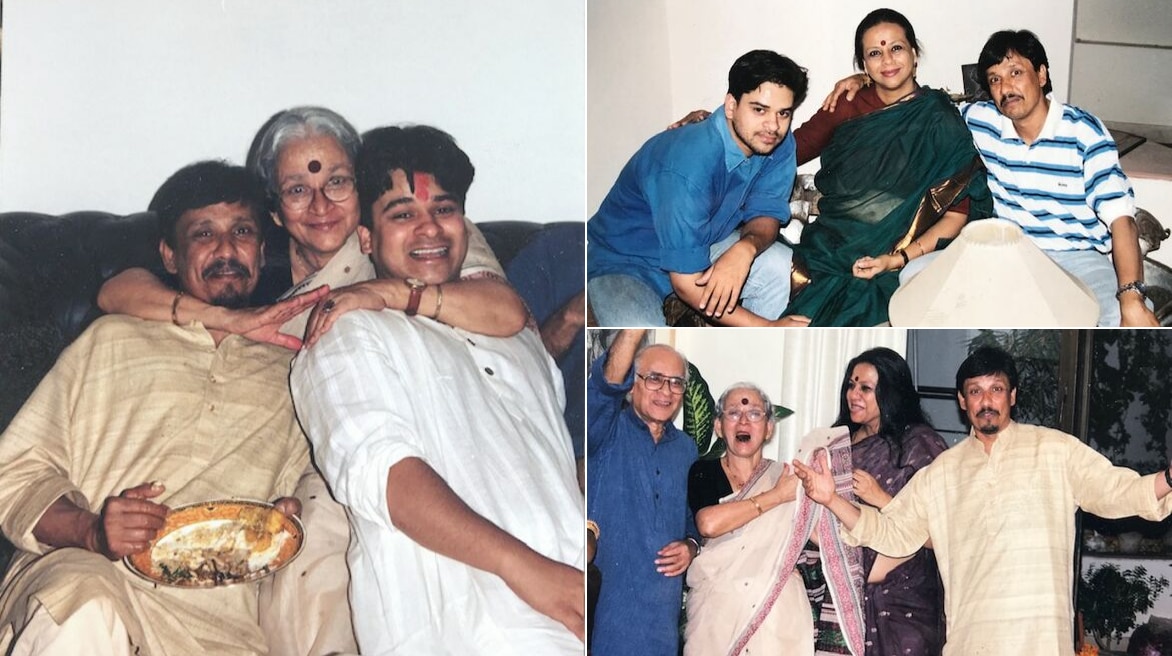 (Clockwise from above) The brothers (left: Rocky; right: Shamya) spend family time with their mother; the author with Shamya and Rocky; at an evening gathering with their stepfather (far left), 2003

We looked for answers. The doctors said he was ‘clinically depressed’ and that this was probably caused by the brain haemorrhage he had suffered some years earlier. Others said it was office politics that left him feeling defeated. Yet others spoke of the difficult situation at home. But there didn’t seem to be much more than any man in his late 40s faces. And even as I think this, there is a fresh feeling of guilt. Who am I to judge what a man can bear and what he cannot? Just a few months earlier, when my son was visiting from London, Rocky had taken him out for a spin and made plans to see him soon. “Just us,” he had said, winking conspiratorially. Seven years have passed, but closure still evades us. Those questions spin around in our heads for some sliver of an answer. In vain.

On 7 March every year, we remember him. I think of what he often said, “I am too old for rock ‘n’ roll and too young to die.” Was that a clue? Two night-time stories come back sometimes as shadows gather and regrets return. The first is being woken up from a dead sleep, a sleep of emotional exhaustion brought on by the intense and solemn memorial service for my stepfather on his first death anniversary. Shamya’s wife Ajitha is shaking my arm. “What is it?” I ask. “I don’t want to frighten you but Dada has set the bed on fire.” Of course, he’s a bit overwrought, I think. But he shouldn’t have been smoking in bed. He shouldn’t have been smoking in the first place. “Do you want to kill yourself?” I ask. He pauses for a second, with a comic’s timing, and then guessing perhaps that it is not the time for a smart answer, says, “No.” What would his real answer have been? The second: It is night, a cold night. We are all snuggled down and enjoying the warmth of our blankets, basking in that rare thing: a winter night in Bombay. I must have been ten and Rocky six. Outside we hear a beggar calling for alms, bemoaning his fate, the cold night. I am about to duck my head under the pillow and cut him out when Rocky gets up and rushes to the window, bearing his blanket aloft. He throws open the window and calls to the beggar. “Dada, yeh lena (take this),” he shouts and the blanket flies out into the night, a harbinger of hope. I wonder sometimes whether all Rocky needed was someone to open a window somewhere and throw him a blanket. Was that someone supposed to be me? Sleep well, little brother.

Author’s note: In retrospect, given the person he was, one might almost empathize with his decision. Grow old? Engage in long-winded conversations about diabetes and cholesterol? No way. Best to race the car as fast as it would go, playing Jethro Tull on loop, faster and faster, until the music stopped and it was all over. It has been 10 years, since that fateful day, and you have made peace with his decision. Still angry, still hurt and still guilty, you remember him at the unlikeliest of moments and stifle a laugh, sometimes a sob. Time cannot fully heal the pain, but perhaps it can get you used to the absence.

All photos courtesy the author

Excerpted from A Book of Light: When a Loved One Has a Different Mind, edited by Jerry Pinto, published by Speaking Tiger, copyright © 2016 Speaking Tiger