Lockdown Heroes: The Landlord With A Big Heart

A Hyderabad-based businessman, who once climbed out of poverty, now comes to the aid of his distressed tenants 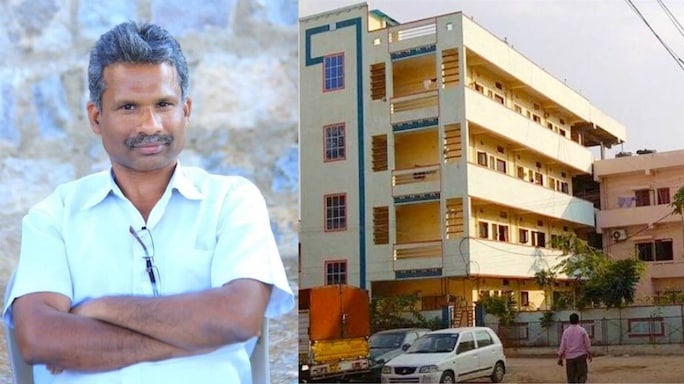 The residents of three buildings owned by Koduri Bala Lingam in Hyderabad were in a fix. Most of them were contractual labourers, and as factories and commercial establishments shut down due with the coming of the lockdown, not only were they not in a position to pay their rents, they also worried that they wouldn’t be able to feed their families.

When one of his tenants from Balanagar, in north Hyderabad, approached Bala Lingam with a request that the rent payment be kindly deferred till [the tenant’s] workplace opened up again, he thought of going a step further. "I told my 70 tenants that they did not have to pay the rent for April and the next month too," Lingam tells Reader's Digest.

Bala Lingam has waived nearly ₹3.5 lakh worth of rent. "Money does not matter in times like these. I had to stand shoulder-to-shoulder with the people in trouble—and that's what I did," he says.

He further adds that if he had not done so, migrants, many of them from Bihar, with no regular employment, would have tried to travel back to their homes, as had been the case with many migrant labourers when lockdown was announced. "I was horrified looking at the scenes of migrants trying to reach their native places and told my tenants they did not need to worry about rents or even food. I wanted to ensure that nobody stayed hungry. But my only condition was that they would have to stay indoors and maintain social distance so we can defeat the coronavirus," he says.

Bala Lingam, 41, came to Hyderabad from Sircilla [in Telangana], 140 kilometres north of Hyderabad, in search of a job in 1995. "I was only 16 at that time, and I came to Hyderabad to climb out of poverty back home. I did odd jobs including that of a table-cleaner in a bar," he says recalling his early days of struggle.

He now runs a welding company employing scores of people. "I was lucky to have been successful after starting my own business. I now lead a comfortable life, but I cannot forget my past. I understand that they are going through the same emotions that I experienced when I was living from hand to mouth,” he says.

Besides helping his tenants, Bala Lingam claims that he has helped many other families living in Balanagar by giving away money generously. "This is like a wartime situation. We should do all we can to help those in need," he says. We hope that many, who have the means and the heart, will follow in Bala Lingam's footsteps.

Do You Like This Story?
95
0
Other Stories
Please enter valid text
Must Reads
Latest Issue