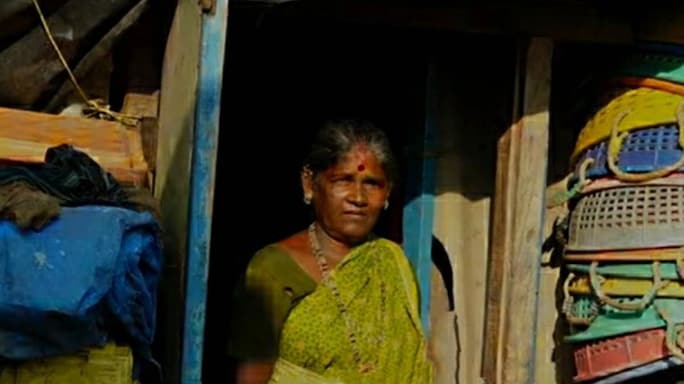 Stories of people going out of their way, during the lockdown, to help the needy have been reported from across the country. But very few can match Sharadakka’s generosity. A poor fisherwoman living in a small shed in Karnataka’s Udupi, Sharadakka spent all her savings worth ₹30,000 to to help desperate folk affected by the coronavirus pandemic.

“I had kept the money to change the roof of my shed just before the rainy season, but I couldn’t bear the sight of the fishermen and their children in our area going hungry,” Sharadakka tells Reader’s Digest from Udupi.

With retail fishing coming to a grinding halt, hundreds of families, which run on the proceeds from selling fish have been left with no other means of livelihood.

Sharadakka, in her late fifties, says that she purchased 700 kilograms of rice and a few other essentials and distributed them among more than a hundred households in the Bapu Thota area of Udupi.

“I don’t know if I will ever be able to save ₹30,000, but that’s fine. I can sleep peacefully knowing that hundreds of people have something to eat, at least for a few days,” she says.

Sharadakka has six children, most of whom work in the harbour, while her husband is mostly bed-ridden due to ill-health. “Nobody in my family had a problem as they knew that I would do what I feel is the right thing. In fact, they helped me in getting the essentials and distributing them,” she says.

Sharadakka says that people in her area have been approached by some NGOs and individuals after the lockdown but their help was not “filling the stomachs”. According to her, they were mostly handing out milk and biscuit packets. “For how many days can people survive on milk and biscuits,” she asks.

Sharadakka’s generosity and large-heartedness have not gone unnoticed. In fact, the local administration led by Udupi Deputy Commissioner G. Jagadeesha not only felicitated her but also assured her that the authorities will carry out whatever repairs are needed in her shed for free.

Do You Like This Story?
56
4
Other Stories
Please enter valid text
Must Reads
Latest Issue