Helping a couple get married, to offering shelter to a young girl unable to return home during the lockdown, men in khaki win hearts and people’s trust 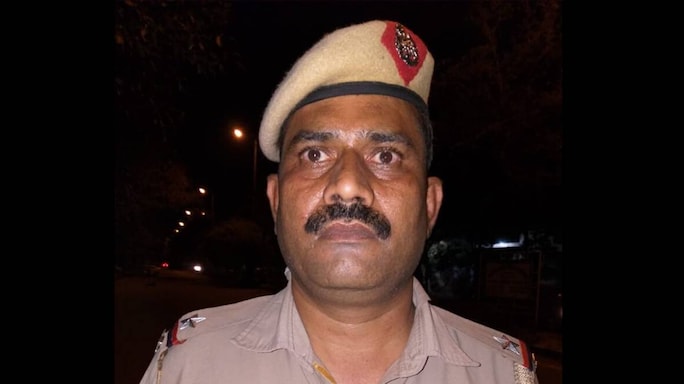 They are often known for their high-handedness and are generally perceived to be rude.

But a recent tracking survey conducted by news agency IANS and pollster CVoter found that the Indian police have gained the respect of a majority (69.9 per cent) of the surveyed people in the wake of the lockdown following the coronavirus pandemic.

We, at Reader’s Digest, have covered several stories of the police playing the role of Lockdown Heroes across the country. We look at two more cases today.

During the lockdown, most weddings have been either postponed or they have been low-key affairs with just immediate family members taking part. A wedding that was supposed to take place in Dehradun on Saturday (2 May) took place on the same day, but 1,700 kilometres south of the Uttarakhand capital, in Pune.

With both the bride and the groom stuck in Pune, where they work, the parents of Aditya Bisht and Neha Kushwaha got in touch with the local police to know if their children could get the permission to travel to Dehradun for the wedding. But the permissions were hard to come by.

As the parents and the couple did not want to postpone the wedding, the Pune police decided to host it. According to news reports, Manoj Patil, an assistant police inspector, and his wife performed the kanyadaan while the bride’s parents joined in the celebration through a video call.

As the saying goes, all’s well that ends well. Arvind Kumar, an assistant sub-inspector (ASI) with the Delhi Police, is being praised by one and all for offering accommodation to a girl who couldn’t return to her home town in West Bengal due to the lockdown.

Sushmita Shah, a Kolkata resident, was preparing for competitive exams and used to live in a temporary accommodation in Delhi’s Janakpuri area, when the lockdown was announced. Soon, she had to vacate the place.

Since Kumar’s daughter knew Shah, the ASI asked her to stay with them at their home until the lockdown was lifted.

Attached to the Moti Nagar police station in West Delhi, Kumar assured the girl’s parents in Kolkata that their daughter was safe and that he will make the arrangements for her to return as soon as the lockdown ended.

The police are bound to win people’s trust if they have more and more people like Arvind Kumar in their ranks.