Lockdown Heroes: From Mirzapur To Tiruchi 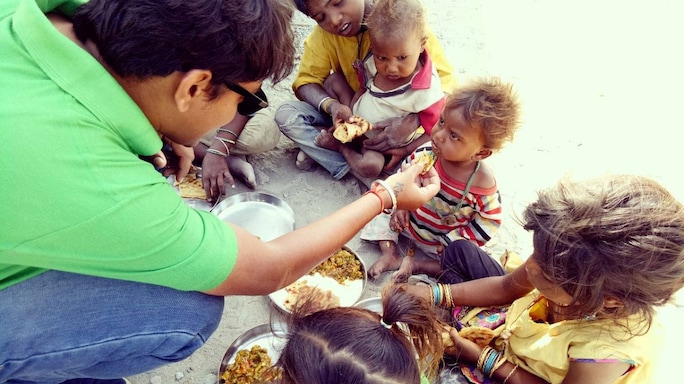 In memory of his father

Umashankar Prajapati's father passed away even as the country was grappling with the coronavirus crisis. By the time his family could plan the terahvin (thirteenth day) to mark the end of mourning, the nationwide-lockdown had set in.

The question at the top of Prajapati’s mind was whether he should invite brahmins for the ritual and then organize an elaborate lunch. Instead, he decided to do something that would have made his father, a social worker, happy. Prajapati decided to visit the poorest areas of the city and distribute packets of food, masks and sanitizers among those most affected by the lockdown.

According to livehindustan.com, Prajapati, a resident of Mirzapur, Uttar Pradesh, sought the help of the local police to organize the distribution in an orderly fashion. In the end, everything worked out smoothly, much to the happiness and satisfaction of the people who benefited from it and Prajapati himself.

The policeman with a large heart

On 6 April, a constable from Manapparai in Tiruchi district of Tamil Nadu, was on the lookout for lockdown-violators when he came across a heavily pregnant woman and her husband walking on the road. Following orders, he asked them the reason why they were out and about, he came to know that the construction worker and his wife were returning to their village, Irattiapatti, 10 kilometres away.

The New Indian Express reported that the couple had gone to a private hospital in an ambulance for the delivery, but the hospital had asked them to visit them on another day as it didn't have the O-positive blood that would be needed for the C-section operation. The dejected couple was returning on foot, because there was no vehicle to transport them because of the lockdown.

Abudhahir, 23, moved by their plight, arranged for a taxi to carry them back to the hospital. He also volunteered to donate his blood as it was the correct type. Later that day, Abudhahir went to the hospital and donated his blood. The young woman, Sulochana, gave birth to a baby girl after the C-section.

Abudhahir was felicitated by the police department for his selfless efforts. The couple have returned to their village and have invited the constable as a special guest. Abudhahir may take them up on their offer—but only after the lockdown is lifted, it seems.