Lockdown Heroes: Delhi Homemaker Makes Thousands of Masks And Distributes Them For Free 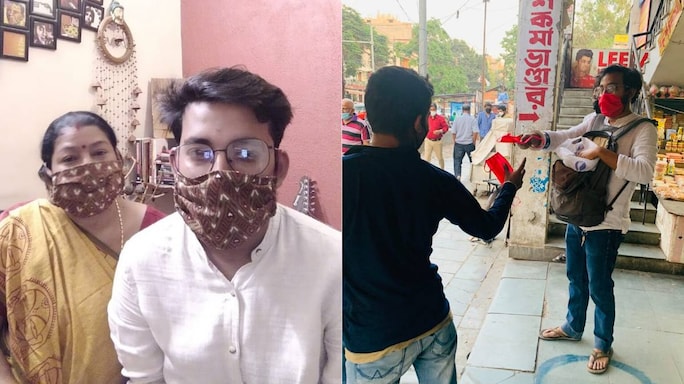 As the coronavirus pandemic spread in early April, Laxmi Das was shocked at the steep prices at which face masks were being sold in shops near her home in Delhi's Chittaranjan Park. A pair she bought came for ₹400—and those were among the less expensive ones according to the 56-year-old woman.

"I had initially thought of buying a few masks and distributing them among the people who may not be able to afford them. But they were so expensive that I wanted to find an alternative," Das says.

She wanted to contribute, in her own way, to the fight against COVID-19 after coming across news stories about the shortage of safety equipment for front-line workers. "When doctors and other health professionals and the police were facing the crunch, I wondered what the state of the poor would be if the disease spread," says Das.

Das was not new to doing her bit for charity. Last winter, she made sweaters for pets and donated them to an NGO. This time, she decided to make masks in a small way. Within days, she realized that she could actually do a decent job. 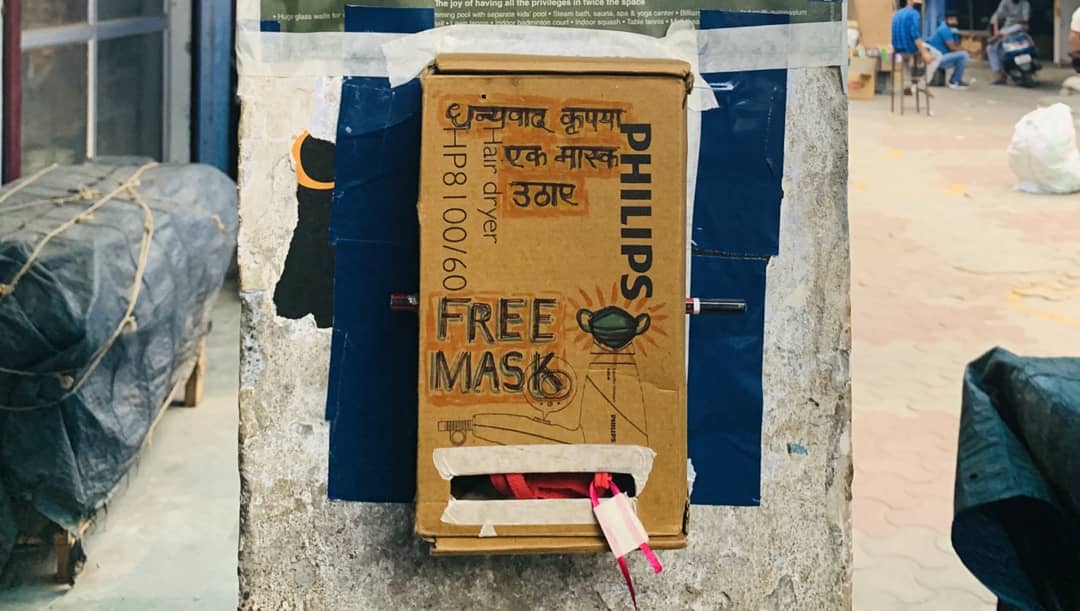 One of the mask dispensers set up by Sourav Das

"I am an embroidery enthusiast, so I can sit for hours when I like doing something. Initially, I set a small target for myself and distributed the masks among the domestic help and others near my house," says Das.

Because she received encouraging feedback on the quality of the masks, Das's son, Sourav, came up with the idea of distributing them for free at busy intersections in C.R. Park and adjoining areas like Govindpuri and Kalkaji."I was motivated by the response of the people, and I started making anywhere between 25 to 40 masks per day," Das says. She has made nearly 2,000 masks so far.

Sourav, a budding film-maker, then hit upon the idea of making mask-dispensers and installed them at five different places. "It's almost like pulling out a tissue from a box. One mask can be pulled out at a time without touching any part of the box or other masks. There is no fear of people getting infected," Sourav says.

These dispensers are replenished every day and Das says that she will continue to make masks until the pandemic lasts. "I only hope that it will not be around for long," she says.