His healing touch now includes face masks, food and other essentials. Guess what his reward has been 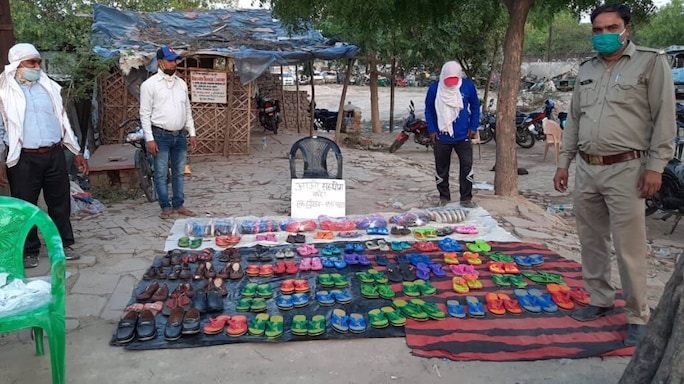 When you have a heart and want to help, all it takes is observation, empathy and the will to be selfless. That is all our lockdown heroes, featured in this story did. And now they are watching the ripples of smile spread.

It all started with one police officer on duty, who was monitoring the movement of migrant labourers on a road in the Agra district. For a couple of months, Vikas Kumar Jaiswal has been witnessing these desperate folk, walking hundreds of kilometres, passing through three roads that come under his jurisdiction in the Agra district of Uttar Pradesh in the wake of the lockdown and livelihood crisis. They are hungry, tired and have very basic clothing and footwear.

“Our job is to maintain law and order and we ensure that migrants follow norms like social distancing," says Jaiswal, deputy superintendent, and circle officer of the Sadar area of the district. Clearly disturbed by the predicament of the thousands of people who walked pass, he wanted to help out--somehow. About a month ago, Jaiswal nudged his force to go beyond their call of duty, and think about doing something valuable for the harrowed migrants, especially the exhausted women and children who had been walking hundreds of kilometers to reach home.

While exploring different ways to help the migrants, Jaiswal came up with an idea. "I noticed that many women and small children were wearing worn-out footwear or walking barefoot in the scorching heat. I could see that they were in excruciating pain, walking on metalled roads, but still, they continued on their journey. It was heart-rending to see them in that condition. That's when we came up with the idea of providing them with footwear," says Jaiswal. 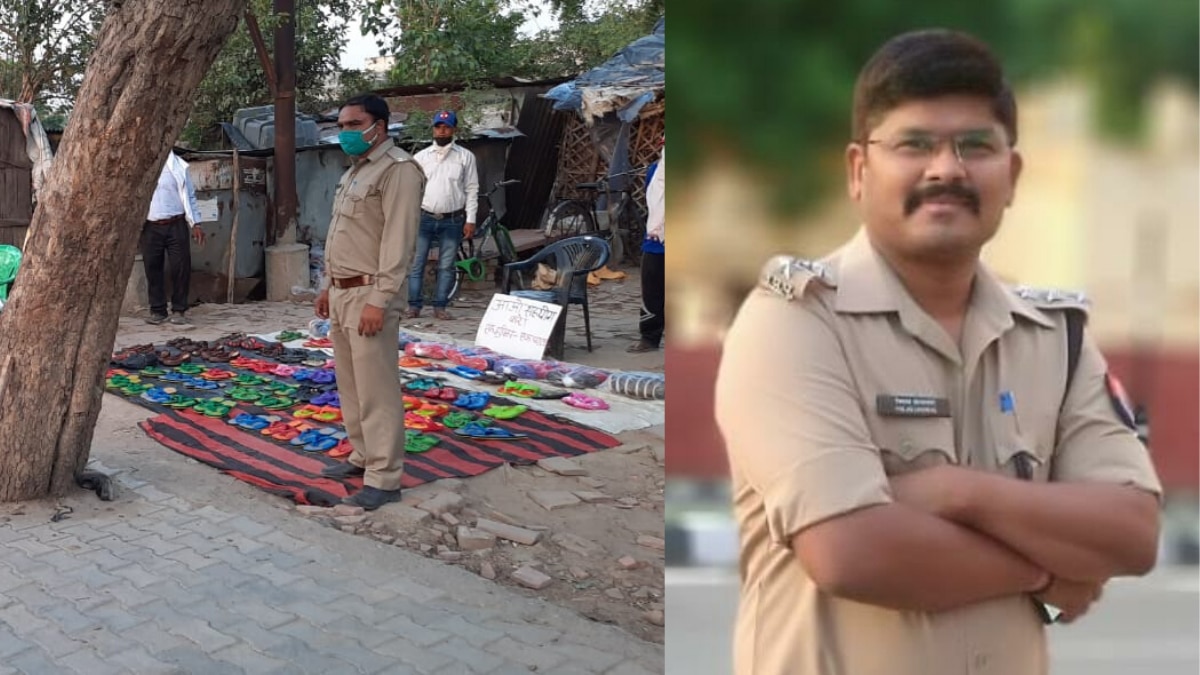 Since the police department was not providing additional resources to deal with the problem, the officials decided to get together and donate, from their own pockets, for the cause. Jaiswal says that scores of officials donated generously and they got to work soon after. "We collected around ₹70,000 and immediately got in touch with some footwear stores to sell us slippers and slip-ons of various sizes. That's how we started this work," says Jaiswal.

It’s been a month since Jaiswal and his team have set up stalls on three roads the migrants passed through. Hundreds of pairs of footwear are kept in these roadside stalls, with volunteers on the road encouraging the migrants to try on and they invite them to take away a pair that fits them. This gesture of kindness struck a huge chord among the hundreds of people passing through the area. They stopped over, picked a pair, thanked the officers, and moved on, smiling in relief.

"We are operating three stalls currently. With some private individuals and companies coming forward to help us, we can have many more stalls now," says Jaiswal. Besides shoes, these officers have also started distributing masks, food, water and other essentials to the travelling migrants. It’s most encouraging to note these stalls operate round the clock.

When asked if the videos of the Agra police's shoe stalls, that have now gone viral on social media, has made Jaiswal happy, he says, "We look at the smiles on the faces of the people who walk away from our stalls and that's what gives us maximum satisfaction."