Living Through Amphan: An Evil Djinn Of Ginormous Proportions That Struck At The Heart Of Our Being

When the pandemic hit us, we adapted, but then nature hit back even harder 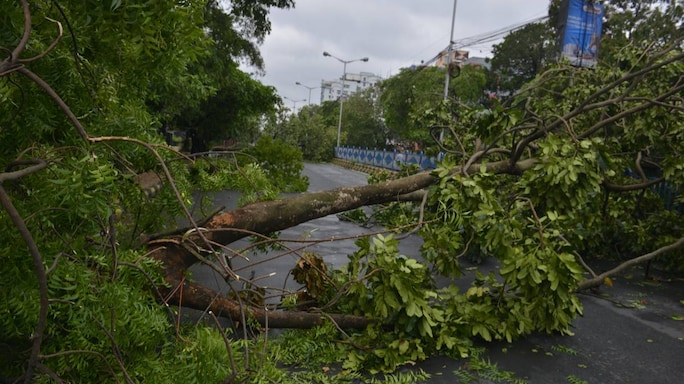 Exactly one year ago, in May 2019, we in Kolkata were preparing for Cyclone Fani. I was in conversation with Ruskin Bond for an event in Kolkata. He was supposed to fly back to Dehradun the next day, but we cancelled his return ticket in anticipation of the cyclone. I stayed with him and his adopted grandson, Rakesh, in their hotel suite the whole day, bracing for a storm that never came. The weather gods had wreaked havoc on Odisha but spared Kolkata. Bond didn’t spare me, though, teasing me relentlessly for being an “overprotective mother hen” who wouldn’t let him go home!

So, when the warnings started pouring in for Cyclone Amphan, which was expected to hit Bengal and Bangladesh with wind speeds of 185 km per hour on 20 May 2020, a part of me did not take it seriously enough. But, my god, was I wrong!

By 5 p.m. on Wednesday, as the wind picked up and the rain pelted down, I began to wish I had stocked up on more candles. I quickly charged my phone and filled up all my water bottles while I still had power, and also the buckets in the bathrooms. Outside, it felt like an evil djinn of ginormous proportions was throwing itself at our homes repeatedly, relentlessly, trying to force its way in to destroy everything we held dear.

I spent the next hour running around the flat shutting windows against the wind and rain—it felt like a losing game of tag with the howling monster. You secure the bedroom and it attacks the living room; you shut the pesky bathroom window and fasten it with a travelling lock, and it targets the openings through the blades of the exhaust fan, streaming in water and leaves and debris.

At 6.20 p.m., my neighbourhood plunged into darkness. With Wi-Fi gone, the only means of communication was the now-forgotten SMS. Calls refused to go through and mobile data was barely kicking. Soon, even SMS failed. Cut off from the rest of the world, I was debating whether to cook by candlelight or just pour myself a glass of soy milk for dinner when, around 7.15 p.m., I noticed a flash of light through the windowpane.

Lightning? I opened the balcony door a crack and peeped out. And I was scared, really scared, for the first time that evening. A bundle of overhead electric cables dangled from a branch, sending a shower of sparks down on a shack on the pavement. It was like someone had lit an anaar [cracker] leftover from Diwali, up in the air. Some of the sparks bounced off the railings of my balcony. I hastily withdrew inside. Something was sure to catch fire, I fretted in the dark. Thankfully it was raining hard enough for the sparks to die out.

The storm passed four hours after it started. The calm that suddenly descended was unnerving. Power was restored in my flat later that night, and other than some rainwater and filth, I had escaped the worst of it. Over the next two days, we learnt that Amphan had uprooted over 4,500 trees in Kolkata alone, and felled 2,500 electric poles, snapped phone and internet lines and destroyed old buildings. 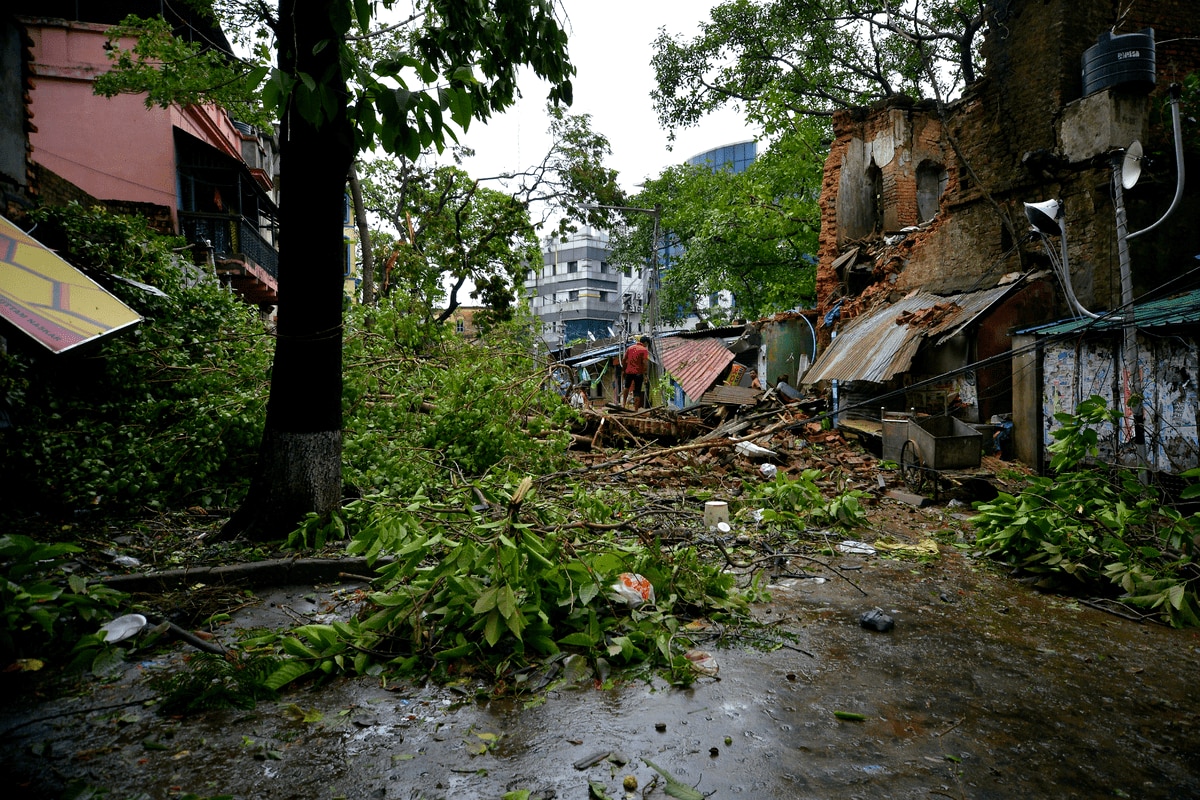 A scene of devastation in Kolkata

We couldn’t get through to many of our loved ones, and worried ourselves sick through Wednesday night, especially for our elderly relatives and those who live alone. We contacted neighbours of our friends on phone, Whatsapp, SMS, email, Messenger and what-have-you, requesting them to walk over to check on people who were not responding. Social distancing? Lockdown? Night curfew? I think we forgot about the coronavirus for a few hours—this danger seemed far more immediate, far more sinister, far more cruel.

It’s been over 48 hours since Amphan hit us. Many of my friends and relatives still have no electricity, and therefore no water. One had to walk to the next neighbourhood and charge her phone at a friend’s place; another charged it in a shop. One colleague’s flat was so badly inundated that even the clothes in her closet are soaked. And the scenes of devastation I witnessed across Kolkata when a colleague and I drove down to our office on Thursday to check for damage broke my heart.

Across Bengal, 80 people have died in the storm—of them 19 in Kolkata alone. I cannot imagine if those of us who live in secure pucca houses were so rattled, what has become of those far less fortunate. The images flashing across social media give us a sense of just how damaged we are. The coronavirus robbed us of everything and confined us to our homes. We adapted. But Amphan robbed us of even that last bit of luxury—the luxury of sharing our grief.

Samhita Chakraborty is a communications professional based in Kolkata.