Live the dream of changing the world -- a little. But first you must take care of your family. Where do you start? 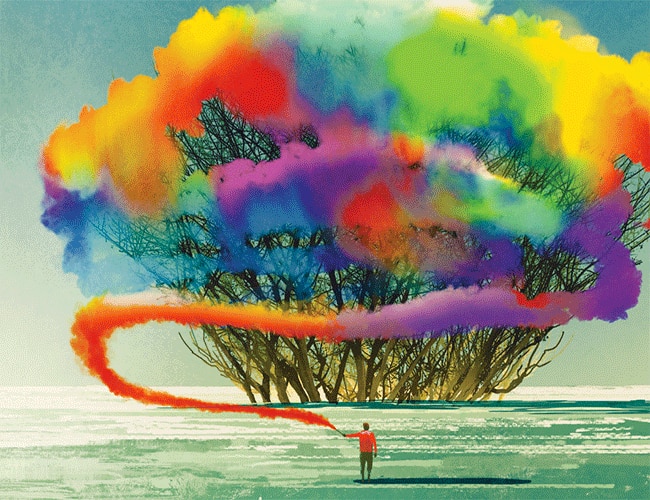 As a new year rolls around, you think about your secret wish once again. What if you could change someone's life? What if you did not have to worry about the future and immerse yourself in work that would bring you the joy of giving? If you have been there, you are not an exception. There are many who hold back from giving, and maintain status quo, racked by insecurities about money. Worrying that they should probably keep aside enough for themselves before helping others, they postpone it until they have a buffer -- or indefinitely.

You know the story: What starts out in our 20s with the need to pay bills progresses to the desire for a house and a car, and then the dream of a family life. We join the race for a fancy school for the children, and start setting our own goals by looking around us -- foreign vacations, fancy gadgets … Life becomes less about who we are and more about what we have. How does one go about deciding where to draw the line? How much is enough? The first and most important step is to actually ask that question. You may well discover that your family can get by with a lot less. We overestimate how important money is.

It helps to create a financial planning spreadsheet, where you put down all that you may need, including potential contingencies. Take care to budget for inflation as well -- not just the 5 to 6 per cent rise in the cost of living, but another 4 to 5 per cent in lifestyle enhancements that you can't predict. Find out where you stand, and whether you still need more, or you can now focus your time and energy on how to pursue your dream instead, as two friends of mine have.

In 2002, Ujwal Thakar, country manager of a large multinational bank in India, was told by his parent company that over 300 new job offers needed to be rescinded. "Is this really what I want to do with my life?" he asked himself. At the age of 52, Ujwal's children were well settled and he had just enough savings to buy a house for himself. But he was eager to switch to a life of giving. An opportunity came in the form of a chance to lead Pratham, one of India's largest NGOs. A quick conversation with his wife led him to conclude that Rs 50,000 a month (less than a tenth of his bank salary) was enough to meet their living expenses.

And so, Ujwal decided to chuck his fancy job. He went on to lead Pratham for six years and then took over as CEO of GiveIndia for two years before retiring. He has spent the last 10 years mentoring, pro bono, scores of young social entrepreneurs and guiding education non-profits as a board member.

Looking back, Ujwal thinks it was the best decision he made in his life. "Make sure that your basic maths is OK. Ensure that you have enough to maintain your current standard of living and get your family's buy-in. But don't overthink it -- if you feel good at the gut level, take the plunge and do what you want to," he says.

Does Ujwal regret not having earned more money and a fancier lifestyle? "Certainly not," he says, "I have more than enough to meet all my needs, and the things I can't afford can't give me the kind of joy I get out of spending time with young social entrepreneurs and helping them make a difference. "Were there periods of insecurity? Not really. The family has certainly been through some difficult times, such as when his wife was detected with cancer, something that was not "budgeted" for. However, Ujwal's agreement with the Pratham board ensured that in addition to his nominal pay and accommodation, all his medical expenses would be covered. It never became a serious financial issue. A fully recovered Usha continues to bring enormous joy and stability to his life. Pausing to ask the question, How much do I really need? -- like Ujwal did -- can significantly change the direction of your life.

In 2009, Ashish Shrivastava did the same. A middle-class boy from Lucknow, he had started working with Infosys after completing his engineering, but it wasn't what he really wanted. He decided to quit and take up the Teach for India Fellowship. The need to "earn enough" drove him to a well-paying job at NIIT, Delhi, but a couple of years into it, he realized he was still in the wrong place. He wanted to do something more socially transformative. He decided to chuck his job and relocate to Dantewada in Chhattisgarh, with his newly-wed wife Shalini joining him a year later to help set up the Bachpan Banao Fellowship and educate tribal children in the country's most inaccessible, Naxal-dominated regions. Ashish and Shalini now live in Sukma, Chhattisgarh, and run Shiksharth, a non-profit that works closely in the various portable cabin schools run for tribals by the state government.

"Our needs are limited to just the necessities," says Ashish. "All we need is a decent place to stay, enough money to meet our living expenses and save a little to afford a decent education for the children we will eventually have."Azim Premji probably asked himself the same question before donating over Rs 63,000 crores in the past few years. It seems he "indulged" himself by buying a second-hand Mercedes. In early 2013, I had the pleasure of travelling with him in his local car from the Taj Mahal Palace in Mumbai to the airport. I noticed his dinner of simple roomali rotis and kebabs bought from the street and eaten on the way.

The people I have told you about have exercised a deliberate choice on the standard of living they wish to maintain, telling themselves they are not going to get greedier even if the world around them changes. And all of them find tremendous joy in using their time and wealth to make a difference for those less fortunate, helping pull others out of poverty and giving back to society in their own unique ways. None of them would trade the joy they derive from this for a second home or fancy cars. All it takes is to pause and reflect on what you want to accomplish with your life. To paraphrase Gandhi: Make sure there is "enough for your need" because there will never be enough for your greed.

Venkat Krishnan N. graduated from the Indian Institute of Management Ahmedabad in 1993 and began his career working in media companies. In 1996, he co-founded Eklavya School, to help children learn rather than be taught. He set up GiveIndia in 2000 with the aim of encouraging a culture of giving. In 2009, he and other volunteers launched DaanUtsav, a festival that celebrates the joy of giving, between 2-8 October every year.

Do You Like This Story?
7
2
Other Stories
Please enter valid text
corona updates
Must Reads
Latest Issue