"I Didn't Know How Long I'd Survive"

With his leg caught in the sharp, whirling teeth of a gigantic corn conveyor and no one around to hear his cries for help, this farmer grabbed his pocketknife and did the unthinkable The morning of Good Friday started like any other for Kurt Kaser, a third-generation farmer in northeast Nebraska, USA. The 63-year-old, taciturn and as lean as a fence post, woke around 5:30 a.m., his wife, Lori Kaser, by his side. He lit a cigarette, pulled on his muck boots, stuck an old pocketknife in a front pocket and headed outside to start his day.

With 3,000 hogs and roughly 1,500 acres of corn and soybeans, not to mention a small trucking business, Kurt’s to-do list never really shrank so much as recycled itself, though he understood all too well the dangers of rushing on the job. In sixth grade, he’d jumped down from his father’s tractor only to land with one foot inside the corn picker. Though he didn’t break any bones, the teeth mauled his foot and ankle so badly he spent the next three months in and out of a hospital bed, the surgeons finally grafting skin from the top of his leg to the bottom before it could fully repair.

“Everybody gets in a hurry and we just don’t think,” he says. “I got lucky on that one.”

On this Friday morning in 2019, he sent a few of his hired hands out to load some corn, then hopped in a grain truck himself to do the same. It was a beautiful day for a drive, Kurt remembers. Crisp and clear and, if the meteorologists were to be trusted, headed for a little above 15 degrees by late afternoon. No rain, thank God—the Midwest and Great Plains had just endured historic flooding that destroyed a billion dollars’ worth of crops. And only the slightest north-west breeze in Thurston County. He’d lived there, just a few kilometres outside of small-town Pender (population 1,100), his entire life—long enough to know the fickleness of spring and appreciate a calm and sunny morning when he caught one. Long enough to marry Lori, and raise a son and two daughters. Long enough to stumble and stand again, to crutch on booze and finally cut loose, to feel his community supporting him when he needed it the most. 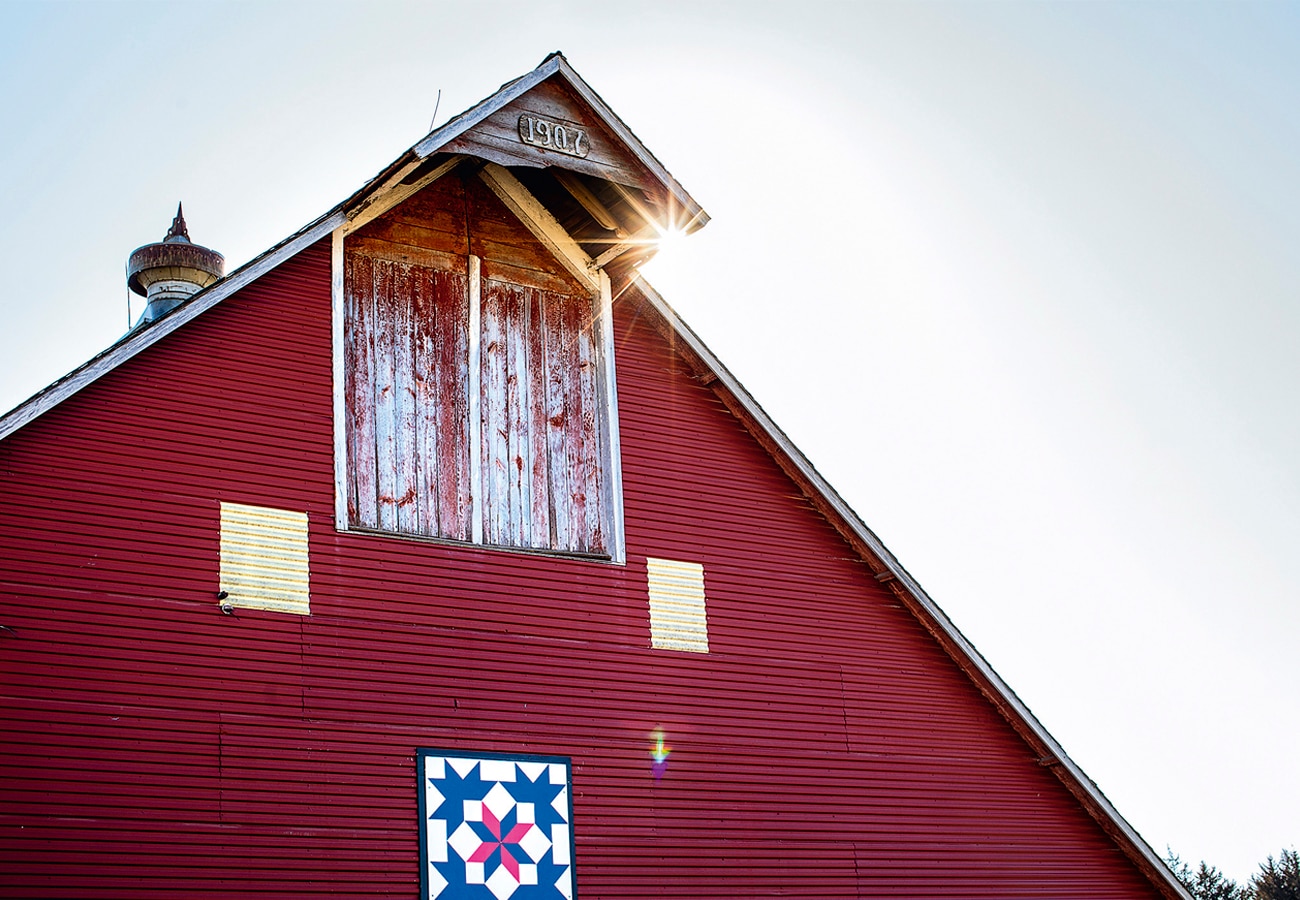 According to CNBC, farming is the seventh-deadliest profession in America, with 257 fatalities in 2018. Around a hundred workers are injured every day.

The goal that Good Friday was simple enough: transfer the corn he’d just picked up from a soggy field 16 km south to the silo on his homestead, quiet now that he’d dispatched his help and Lori had left for Sioux City, Iowa, nearly an hour away. He parked his truck alongside the tractor next to the silo and tilted his truck’s long, corn-filled bed using the hydraulic hoist. Connected to the tractor was a large bin called a hopper, which Kurt wheeled beneath the truck bed to catch the corn when he opened the gate. Inside the hopper, covered by a protective grate, was a giant iron corkscrew, about 30 feet long, called an auger. Its job was to rotate, slowly and constantly, to convey the corn up a long yellow chute and dump it into the top of the gleaming chrome silo. With everything now in place, Kurt turned the auger on.

Despite all that prep work, something went slightly off-kilter, as often happens in the life of a farmer. In this case, the corn released too quickly, causing a torrent of kernels to pile up over the sides of the hopper and atop the protective grate, concealing the auger’s rotating blades. Kurt stepped onto the corn-filled hopper to lower the truck’s gate and stem the flow. In his haste, he forgot that the grate had a rather large hole in it, one he’d cut himself months earlier when the ground was frozen solid and he couldn’t fit the auger beneath the grain bin. He remembered it only when his foot sank into the corn through that very hole—and into the whirring auger funnel. It snagged his foot and wrenched him forward, shredding his jeans, then his ankle. He fell backwards on to the gravel path. The blades, still churning, slowly pulled him into the hopper, all the while tearing flesh from bone. 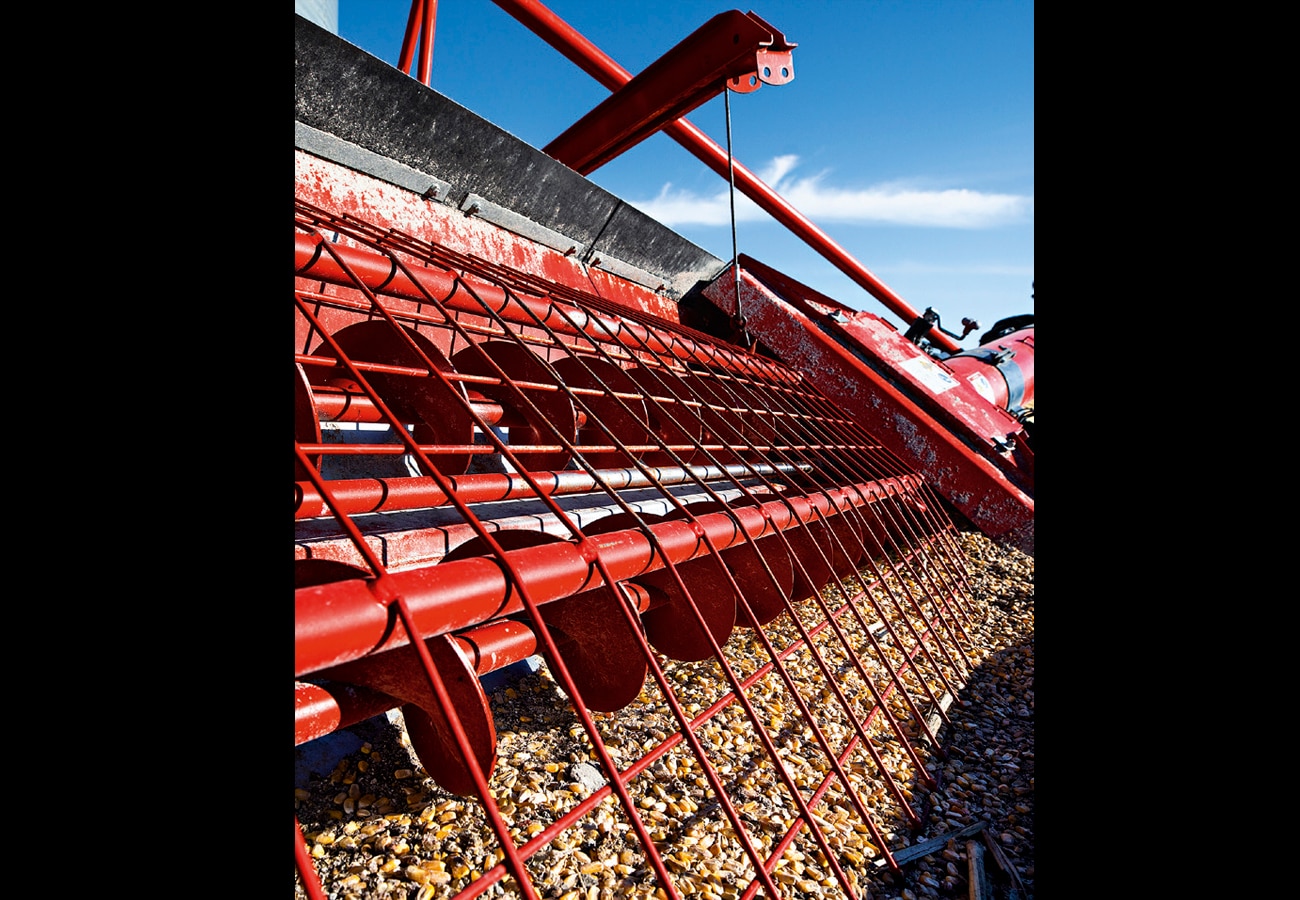 Until it was repaired, the grate covering the auger was missing a few bars, leaving a hole large enough to fit a leg.

“When the corn quit running out of the truck,” he says, “my clothes were still grabbing on the auger and jerking my leg as I was trying to pull it out.” He could plainly see his tibia over the hopper’s red casing, at least 15 cm of bone exposed beneath his knee. He could see his own severed foot bobbing like a rag doll up the hopper toward the silo’s opening, tethers of denim still connected.

But the machine wouldn’t release what was left of his leg. He couldn’t reach the controls to shut down the auger. He needed to call for help. He knew his cell phone was on him—surely his cell was on him. He patted his pockets, his chest, his thighs. He came up empty. (Half of the phone would later be found in the silo, another victim of the auger.) He could scream for help, but the auger would drown out his cries, and anyway, there was no one around to hear them. How long he could stay conscious he didn’t know.

“I was holding that one bone in my leg that was all bare and stuff—there wasn’t no meat or nothing on it—but [the auger] was jerking on that and I was getting wore out,” Kurt says. “I just didn’t know how long I’d survive.”

That was when he remembered the cheap black-handled pocketknife in his jeans, one of the countless promotional items he and every other farmer receive from seed-corn dealers and equipment manufacturers. He unfolded the small blade, just three or four inches long. There were no second thoughts, not with the ravenous auger still drawing him in and the hole in the grate big enough to pull at least a few inches more of him inside. A knee. A thigh.

With his left hand, he gripped the bone below his knee. With his right, he began to saw away at muscle, tendons, tissue the blood painting his fingers red. He could feel the ping, the snap, the sudden release of his nerves with every cut. The handle became slicker and slicker, until he lost his grip and watched the knife slip from his hand. He miraculously caught it in his left. “I would have been clean out of luck,” he says.

(Left) After his leg was caught in the auger, Kurt used a basic pocketknife, similar to this one, to saw away at his leg and free himself; (Right) Kurt was moving dry corn up this chute into a silo when the accident occurred.

Regripping the knife, he continued the horrific act of amputating his own leg. Was each stroke of the knife agony? He honestly doesn’t recall. Maybe it was shock. But one thing and one thing only ran through his mind: “Survival,” he explains. “Wanted to get the hell out of there.”

When the muscles were cut through and the last tendon severed, Kurt swung his leg—what remained of it—away from the machine and dropped his knife to the dirt. Now on autopilot, he crawled to the tractor, way up into the cab and shut down the auger. Then he crawled to his idling truck and shut it off too. No need to waste the diesel, he surely would have been thinking, had he been thinking at all. After manoeuvring himself down off the truck, he dug his elbows into the gravel and slowly began pulling himself toward the garage, toward the phone in the office, a long, silent crawl over roughly 64 metres. Several times along the way he slowed down, stopped, thought maybe he’d just rest a minute. Then he thought again. To stop, to pass out, meant death. So he kept clawing his way toward the garage, one foot and a few breaths short, the longest 64 metres of his life.

Finally inside, Kurt crawled to the desk and hoisted himself up just enough to grab the receiver.

He collapsed back on to the floor and immediately called not 911 but his 31-year-old son, Adam Kaser, who’d spent about half his life volunteering with the Pender Fire and Rescue Department. Kurt didn’t waste his words. “I need an ambulance now,” he said. “I lost my foot.”

In the midst of buying tractor parts from the local John Deere dealership, in the midst of a routine day, Adam was certain he’d misheard, especially when his father mentioned the “auger” and “hopper.”

“Get me an ambulance now,” his father repeated, and the line dropped cold.

Adam darted away from the checkout. He jumped in his pickup, stomped the pedal to the floor and raced around 6.5 kilometres west to the farm, calling 911 on the way. Hands strangling the wheel, he feared the worst: that his father would bleed out before he arrived. Less than five minutes later, he pulled off Highway 16 at the farm and ran directly for the hopper, but his father wasn’t there and the auger was silent—the truck and the tractor too. The picture didn’t reconcile. No blood. No painful cries. No droning auger. He then noticed the open door to the garage, and inside, his father splayed out on the floor in a dusty shirt and baseball cap, legs hidden by the office wall, smoking perhaps the last cigarette of his life.

Kurt looked up from the floor, smoke trailing from his lips. “I messed up big-time,” he said. 63-year-old Kurt Kaser after his recovery

Strangely, there was virtually no blood. (His doctor would later guess this was due to Kurt’s decades of heavy smoking.) Nevertheless, his foot was missing and his leg was horribly mangled, dusted with dirt and debris, the bones protruding beyond his calf muscle. Though he’d already called 911 from the road, Adam now called the chief of his rescue squad, told the squad to “kick it into overdrive,” that his father had severed his foot and would likely need an air ambulance. Adam then snapped into “firefighter mode,” as he calls it. He started asking his father questions, keeping him lucid until the roughly 12-person team arrived a few minutes later.

The rescue squad carefully loaded Kurt on to a stretcher and into the ambulance, then raced back to Pender Community Hospital. Kurt doesn’t remember much of the ride, but he does recall the helicopter flight to Bryan Medical Center in Lincoln and all that sodden, muddy farmland below.

After two surgeries, a week at Bryan Medical and two more at Madonna Rehabilitation Hospital, Kurt returned to the farm, the stump of his left leg wrapped in a clean elastic bandage just below the knee. For a while, he was stuck inside with a pair of crutches and a walker and too many get-well-soon cards to read in one sitting, just another one of the 100 or so agricultural workers who sustain a lost-work-time injury every day.

Four months after the accident, Kurt received his prosthetic leg and soon the farmer was back to doing what he loves. Strong-willed, as his family has always known him to be, he helped with the harvest last fall, even ran that same leg-chewing auger as he unloaded corn into grain bins.

“When we went down to the hospital to see him, first thing out of his mouth was ‘Why are you guys not working?’” farmhand Tyler Hilkemann told KCAU News in Sioux City. “Ever since he got his leg, you can’t stop him. One of these days we might steal it from him.”