He Fixed His Own Heart

When Tal Goles­worthy was told he needed life-saving heart surgery in 1993, he said no. He decided he would fix himself. 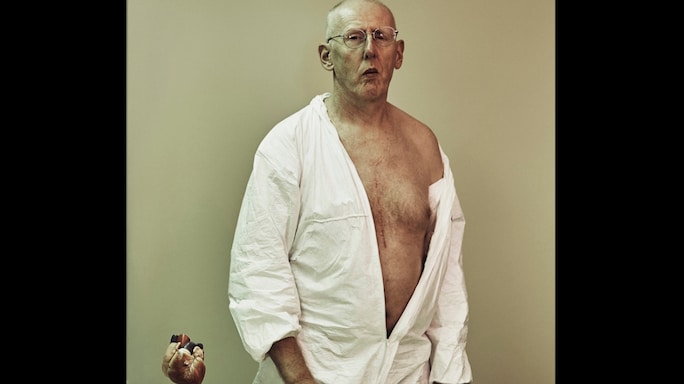 When Tal Goles­worthy (above) was told he needed life-saving heart surgery in 1993, he said no.

Golesworthy has Marfan syndrome, a genetic condition affecting the strength and elasticity of connective body tissues, including blood vessels. Back in 1993, when he was living in Cheltenham, in the west of En­gland, his doctor told him that a major artery in his heart, the aorta, was so enlarged that it would inevitably rupture unless he under­went major surgery. “They talked through the surgical options,” says Golesworthy, “and I was not interested. The operation really didn’t look attractive.”

What he particularly didn’t like was having to be on blood thinners after the operation, something that would prevent blood clots but presented its own risks: “I was riding motorbikes then, and skiing, so my whole lifestyle would have been affected. ”By 2000, however, his condition had worsened. Realizing something had to be done, Goles­worthy put his years of experience as a research-and-development engineer with the United Kingdom’s National Coal Board to good use. He decided he would fix himself.

“Learning new stuff and developing new ideas, that was my job,” Goles­worthy says. A bulging aorta, he reckoned, was much like a bulging hydraulic hose—it needed external support. And wrapping something around the outside of the aorta would require a less invasive operation. So Goles­worthy subjected himself to 30 hours in an MRI scanner; used 3D printing to create a physical replica of the faulty part of his heart (the aortic root); and then used soft, porous textile mesh to make a sleeve to fit around it.

“Luckily, I’d done a lot of work with technical textiles, looking at filters for flue gases in coal-fire processes,” he says. Sheer determination coupled with an original yet practical solution won him the support of two leading cardio­thoracic surgeons and helped him raise the money to develop his idea. In May 2004, at the age of 47, he became the guinea pig for his own invention, the ExoVasc Personalised External Aortic Root Support (PEARS).

The operation was a success. It has since been used by surgeons in the United Kingdom, Ireland, Belgium, Czech Republic, New Zealand, Australia and the Netherlands. “When you’re as motivated as I was,” Golesworthy told mosaic.com, “you make things happen.”

Do You Like This Story?
14
1
Other Stories
Please enter valid text
Must Reads
Latest Issue