Migrant labourers in Punjab see some hope with industries opening up, and kids leaving Bengaluru railway station had a surprise 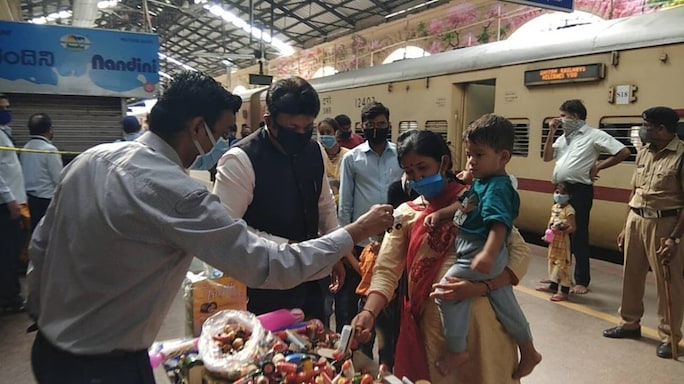 Toys being given to children at Bengaluru railway station

States around the country have been clutching at straws trying to facilitate the journey of migrants back to their hometowns. The Punjab government, however, claims to have bucked this trend. According to government sources, 30-40 per cent of the migrant labourers who had registered to board the Shramik Special trains from Chandigarh had failed to turn up. The government hopes that this is an indication they may be staying put, with industrial activity picking up pace in the state after a few relaxations in the lockdown.

The Tribune reported that the data shows that the dropout rate in reverse migration is increasing. Compared to 30,000 migrants leaving the state on Monday in 25 special trains, nearly 25,000 left on Wednesday in 20 trains. Officials say this was because of the resumption of economic activity. According to government officials, restarting production activity in factories and construction sites in places like Ludhiana and Mohali has led to more labourers being employed. This has, in turn, increased the number of those staying back.

Girish Dayalan, the deputy commissioner of Mohali, was quoted by the newspaper as saying that the higher dropout rate in migrants moving out was a "positive development."

According to government figures, the state has more than 2.5 lakh registered industrial units with only a fraction of them resuming production. But with the government giving permission to more units to function, the state's migrant labour can hope to earn their livelihood once again.

Toys to cheer up migrant children

It was an inspired move that brought smiles to the faces of hundreds of children of migrant labourers leaving Bengaluru to their native places. The officials of the Bengaluru division of the South Western Railway (SWR) came up with the idea of giving Karnataka's famous Channapatna wooden toys to children boarding several trains last Tuesday.

Calling the initiative 'Put the Smile Back', Ashok Kumar Verma, divisional railway manager, Bengaluru, reportedly said that they wanted to make the journey of children of migrant labourers "enjoyable and memorable." 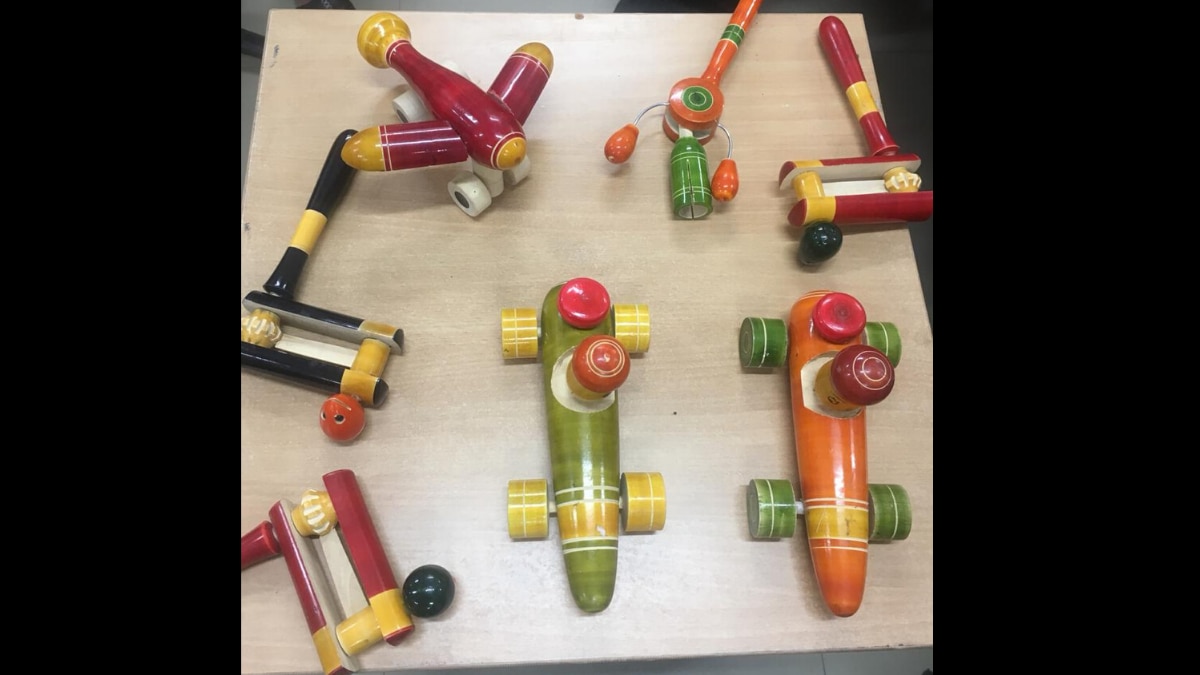 Some of the toys being distributed

It was also one way of showing support to local artists. The Channapatna toys are GI (geographical indications) tagged, and are considered safe for children as they are made of wood and painted with natural colours.

Verma was quoted by the Deccan Herald as saying that he was perturbed by the "blank or worried look" on the faces of children leaving the stations—and hence, the railway officials decided to cheer them up.

In the meantime, with the help of Indian Railways, several NGOs in the city pooled resources and distributed drawing books and footwear among the children leaving Bengaluru station.