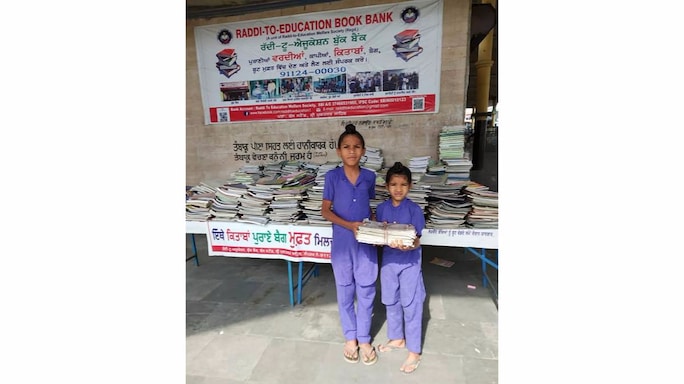 Sarbjit Singh founded ‘Raddi to Education’ in 2017, after he came across a young ragpicker, who had dropped out of school. Singh and his friends collected old books from families and gave them to poor students in Muktsar, Punjab. They also sold old newspapers to buy more books.

“We then started a small library. Now hundreds of students borrow books from us,” says Singh—more than 1,500 in the past year to be precise. “Students who have benefitted from our initiative are now collecting books for the library,” says Singh, who hopes to bring more needy kids into the fold. Now that’s social innovation!

The image of the police in India isn’t exactly glorious. But they can, occasionally, demonstrate kindness. The Knowledge Park police station in Greater Noida displayed just that. An old, paralytic man was weeping profusely near the station, having left behind his bag, containing cash and medicines, on the bus he had taken from Farrukhabad, 400 kms away.

“We felt really bad for him,” says Arvind Pathak, the head of the police station. The staff pitched in around 4,000 for him. If only more of our uniformed personnel showed such generosity.