#Good News| Plants as 'Prasad' And Choosing Humanity As Religion 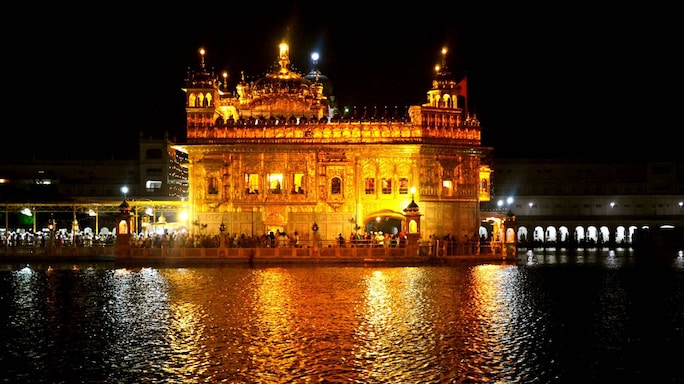 In their efforts towards celebrating the 550th birth anniversary of Sikh guru, Guru Nanak Dev, which falls in November this year, the Delhi Gurudwara Management Committee (DSGMC) is distributing saplings as ‘prasad’ and promoting tree plantation in educational institutions.

"The DSGMC has launched a mega drive to plant one lakh trees at all gurdwaras and Sikh educational institutions," president of the committee Manjinder Singh Sirsa told NDTV. " According to Sirsa, about two lakh saplings of fruit-bearing tree species and those that absorb air pollutants like mango, amla, jamun, gulmohar, neem and ber were to be distributed among gurdwara devotees as 'prasad' to promote environmental protection and a sustainable ecosystem in the national capital, " he quoted further.

What’s more, all of the nine colleges affiliated to Delhi University that are managed by the committee have also been included in this green drive. It will be mandatory for all the first-year students of these colleges to plant 10 trees from the current academic session to celebrate Guru Nanak Dev's love for nature. In order to make the implementation of these plans more serious, this sapling-planting drive will be considered as the college project and the marks scored by them would be included in the annual result.

Further, the students will be required to report the status of trees planted by them along with photographs on an annual basis. With this move, around 55,000 new environmental friendly species are likely to be planted this year by these students.

The water crisis is not a fact unknown and in order to expand the bandwidth of their efforts, the committee has also asked Sikh students to ensure rainwater harvesting arrangements at their houses and submit a report with photographs to the principal concerned.

Green is really the new black. Kudos to their efforts!

Sources: NDTV, Times of India and The Tribune Bethune College, Kolkata and the 'Humanity' option on the form. Image: India Today

In a world where religion is increasingly being used to further conflict, Asia’s oldest women’s college, Bethune College in Kolkata introduced 'humanity' as an option in the ‘religion’ section on their college admission form this year. The online admission form has seven other options to chose from in the religion section, including Hindu, Muslim, Jain, Buddhist, Sikh, Christian and ‘others’.

The move was heavily welcomed by netizens and people took to Twitter to laud the move with statements like, “I cannot keep calm as people in my city are also slowly recognizing the need for humanity over religion.”

In an interview with The Millenium Post, Dr Mamata Ray, principal, Bethune college said, "We have realised that some students are reluctant to mention their religion in the admission form. We appreciate their views as we feel that 'humanity' is the true religion of mankind. So, we have deliberately kept this category in the religion section. It was a unanimous decision on the part of our admission committee."

It has been reported that Acharya Prafulla Chandra College has a similar option in their admission form.

We hope this will inspire other educational institutions to take similar steps.