Our monthly dose of inspiring individuals, bright ideas and fascinating research that will brighten your day. Community It is during times of great challenge that the best of humanity comes forward, and Hyderabad’s Ramu Dosapati is just one more example of this. Inspired by the wife of a security guard, who, despite their meagre earnings, fed laid-off migrant workers during lockdown, this HR executive created a year-round ‘Rice ATM’ to help out-of-work individuals unable to provide for themselves. “I draw a good salary, my family is in comfort and I realized there is nothing that stops me from helping those in need,” Ramu told The Indian Express. Dosapati used his provident fund, credit card and part of the proceeds from selling his land in Nalagonda to set up the distribution centre. While the effort was intended to remain open only until things normalized, the 43-year-old was simply unable to turn away those who continue to reach out for help. The ATM completed 250 days of operation on 19 December 2020. Science Eight billion tonnes of plastic have polluted the world’s land and oceans since the 1950s. But scientists are finally developing new ways of halting the damage. A team at the University of Portsmouth in the UK is working with a ‘super-enzyme’ derived from bacteria that can digest polyethylene terephthalate (PET), the material used in plastic bottles, opening up the possibility of fully recycling the plastic.

Natural degradation of plastic can take hundreds of years, but the super-enzyme can convert PET back to its original building blocks in just a few days. John McGeehan, director of Portsmouth’s Centre for Enzyme Innovation, says the process would allow plastics to be “made and reused endlessly, reducing our reliance on fossil resources”. Meanwhile, a team at the Helmholtz Centre for Environmental Research in Leipzig, Germany, has found a bacterium that can break down polyurethane—a plastic widely used in sports shoes, nappies and foam insulation—that is notoriously hard to recycle.

Animal Welfare The plight of stray dogs in Indian towns and cities compels compassionate residents to care for them in many ways, and Assam’s Abhijit Dowarah, a local innovator, is no different. Moved by the difficulties stray dogs face due to inclement weather and speeding traffic, Dowarah devised a smart solution to keep them safe—convert discarded television boxes into little dog houses. “I noticed that old televisions ultimately turn into a waste product after a family buys LCDs. So I went out searching for those. After collecting some, I removed the unwanted parts and designed suitable homes for the street dogs,” he tweeted. He placed a number of these shelters—dubbed ‘Baator Ghor’—on several streets and took to social media to encourage other animal lovers to do the same. 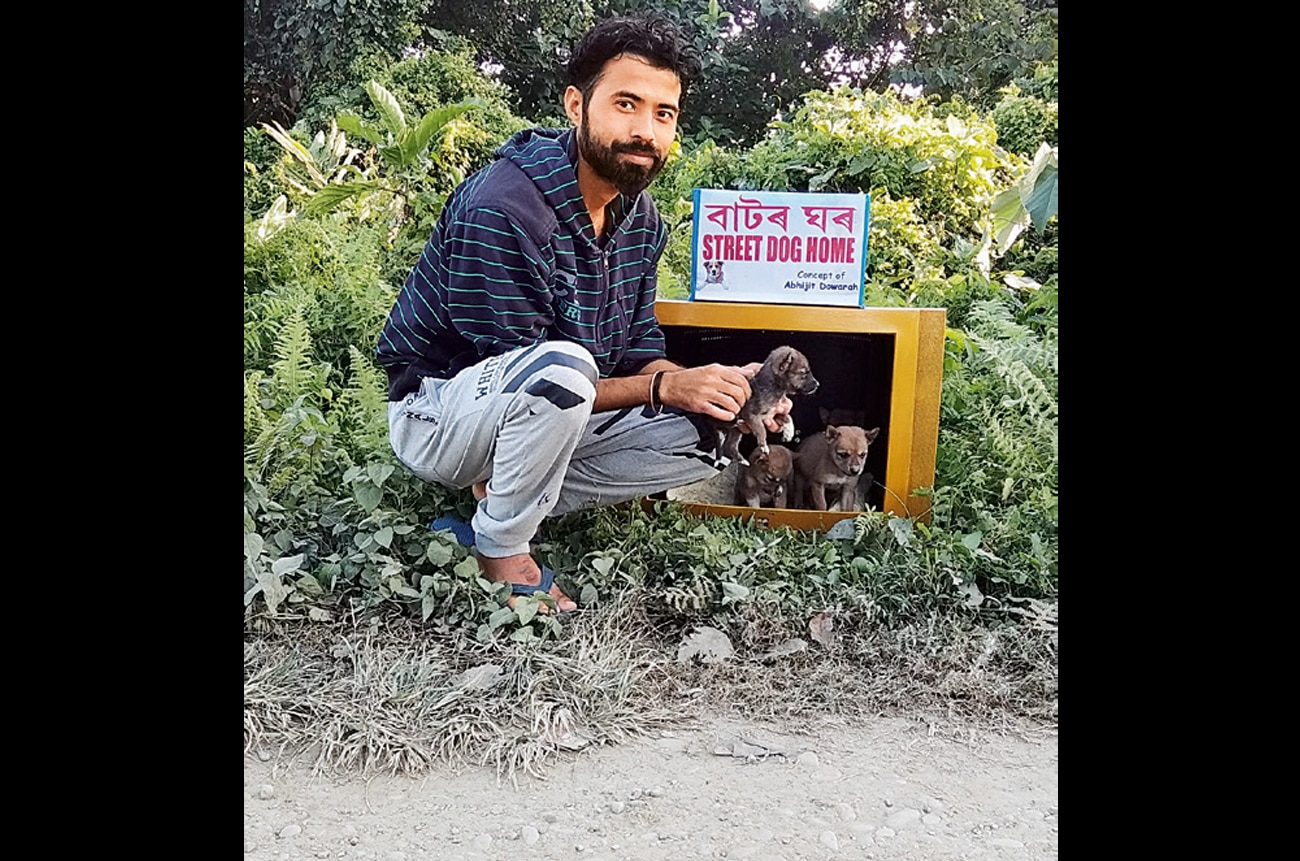 Go Bilingual for a Better Brain

Language People who regularly use two or more languages may have a lower risk of the cognitive decline associated with ageing, say Barcelona university scientists. The researchers studied a bilingual group of people from Barcelona to see in detail what neuroprotective benefits bilingualism may have. “We saw that those with a higher degree of bilingualism received a diagnosis of mild cognitive impairment later than those who were passive bilinguals,” says researcher Marco Calabria, who considers the linguistic gymnastics involved in regularly switching from one language to a other to be lifelong training for the brain.