Safe haven for our furry friends 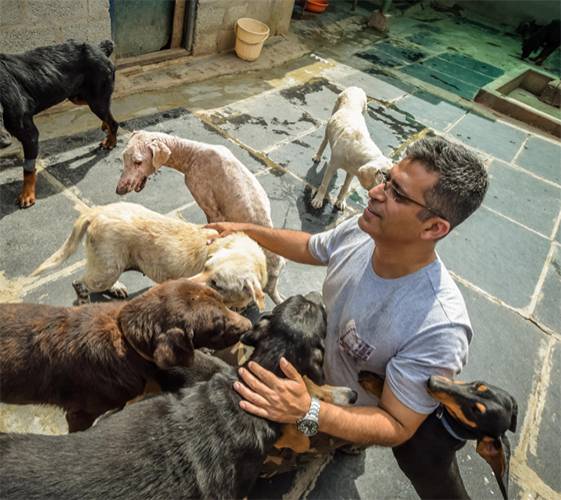 Rakesh Shukla, a Bengaluru-based software engineer also goes by the name 'the Dogfather' after the many abandoned dogs he rehabilitates and cares for. It all started in 2009, when he met Kavya, his first pet. Then, three months later, he rescued Lucky from the streets during torrential rain. Soon after, he took in every street dog that needed help, which prompted him to buy a farm in 2012. Today, Shukla has a three-acre farm in Doddaballapur (in Bengaluru), which is home to around 735 abandoned canines and strays. A BBC report quotes Shukla as saying, "I'm the last stop for these dogs. They are no longer cute and cuddly. Many are sick and no longer wanted." Shukla also runs Voice of Stray Dogs, a non-profit, which works to raise funds for the rescue of strays.

The Mental Healthcare Act 2017 was finally signed by the President of India on 7 April. This new law is expected to transform the mental healthcare landscape. The Act's key features: every person suffering from mental illness will have the right to access fair treatment and good quality and affordable mental health services. In a significant move, the Act decriminalizes suicide and prohibits the use of involuntary electroconvulsive therapy (ECT). A person suffering from mental illness now has the right to an 'advance directive', which empowers them to specify the way they wish to be cared for and treated for their illness. They can also nominate a representative who is entrusted with the task of protecting their interests.This Act, if implemented well, will provide people with a safe environment and arm them with communication tools to seek help. We hope it paves the way for open conversations in homes, offices and educational institutions, and wipe away the stigma surrounding mental disorders.