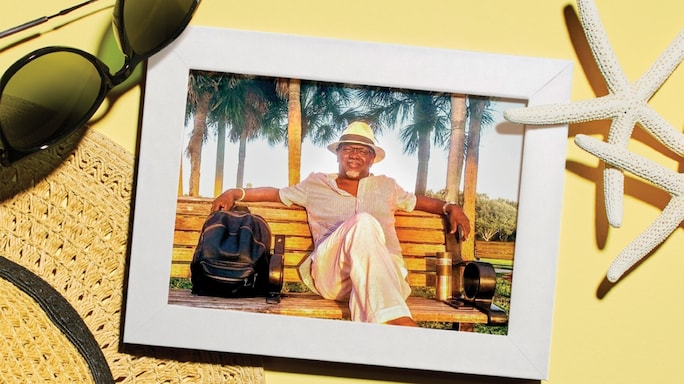 Almost eight years ago, Al Nixon decided to begin each day from a bench with a spectacular view of the St Petersburg, Florida, waterfront.

“I call it ‘life rising’ because watching a sunrise makes me feel centred before starting my day,” said Nixon, who works for the city’s water department.

A year later, a woman stopped to say hello, and she said something that changed his perspective on his daily ritual. “She said, ‘You know, every morning when I see you sitting here, I know that everything is going to be OK,’ ” Nixon recalled. “That’s when I knew: I needed to pay attention to the people walking past. I needed to make eye contact and let people know that we mattered to each other.”

Instead of staring straight ahead at the waterfront, Nixon started smiling at people and striking up conversations. And pretty soon, more than a few early risers began joining him on the bench, sometimes unburdening themselves, asking him for advice about relationships, careers and personal problems.

“I was happy to listen,” Nixon, 59, said. “I wanted them to walk away knowing they didn’t have to feel alone. When you’re in your 50s and 60s or beyond, a lot of people feel their purpose hasn’t been fulfilled. At this stage in life, this is definitely my purpose.”

So, every morning, weather permitting, Nixon, who has three grown children and a long-term significant other, rises at 4:30. He puts on a fedora, sips a cup of coffee, then drives 11 km to the waterfront, where he’ll stay for two hours. His presence and his openness to listen have led some to nickname him the Sunshine Mayor.

“Al is this calm, constant presence,” said Jeff Franzen, 64, a retired real ­estate developer who met Nixon while taking a walk along the waterfront a few years ago. “His unique gift is that he listens to everyone.”

It’s more than that, said Dee Glowa, who is in her late 50s. She met Nixon while out strolling three years ago. “He listens without judgment and without any kind of return expected.”

While most people simply wave or drop by briefly to make small talk, others are anxious to step into his ‘office’ and spend a few minutes with someone who will listen.

No matter what problem a person wants to air, Nixon lends an ear. “You have to have an open heart and an open head, because you never know who’s going to walk up and what they might need,” Nixon said. “Every person who stops by the bench deserves my undivided attention.”

He remembers the day a couple came by to talk about problems in their relationship. “The husband was always working, rarely home,” Nixon said. “It was ruining their marriage. I told him: ‘My friend, if your wife’s revelation didn’t scare you, then maybe the possibility of losing her will.’ ”

Nixon was right, the man admitted. “He started to cry and agreed that he needed to slow down,” said Nixon. “We all hugged each other, and we became friends after that. I still see them every now and then over lunch.”

No topic is off limits, Nixon said, but some people sit down and don’t want to talk at all. They simply want to sit next to someone and share the silence.

“A woman stopped once and said, ‘I just want to sit here with you,’ ” he recalled. “We stared at the water for an hour, then she said thank you and walked away. She just wanted a moment of peace and to know she wasn’t alone. And in that moment, in that hour, on that morning, she truly wasn’t.”

Love this? Check out more heartwarming stories of kindness and compassion here.