Food as a Right 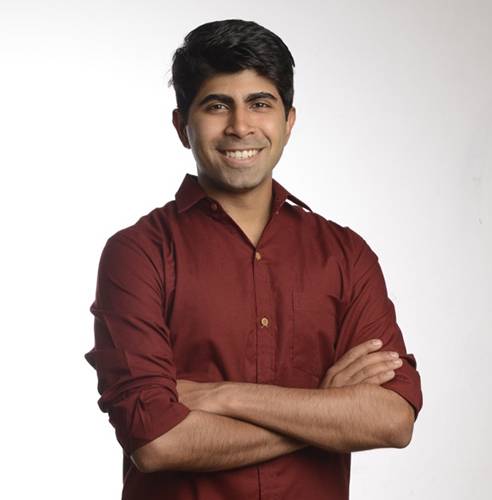 Ankit Kawatra may seem like the typical Delhi youngster with a life of privilege, but the story of this 25-year-old social entrepreneur and Feeding India, a non-profit he started, is not ordinary. It began in 2014 when Kawatra attended an extravagant wedding in Gurugram with a menu of over three-dozen dishes. He discovered that mountains of leftovers, which could have fed the hungry, would be wasted.

India is home to 25 per cent of the world's hungry population. The Global Hunger Index ranks us at 97 out of 118, while Rs 58,000 crore worth of food is wasted. Even as these facts stare us in the face, most of us are inured to the issue of hunger. Kawatra, however, decided to do something about it.

The next day, he turned up at a wedding in Noida where he persuaded the caterer to donate the extra food. But, at 1:30 a.m., he ended up with 10 containers of food in his car with no one to offer it to. After refrigerating it overnight, he took it to a shelter where it was served. That's what he did, every time he attended a wedding.

Finally, in May 2014, he quit his day job to start Feeding India. As food poured in from events and restaurants, his initiative grew-within eight months there were 100 volunteers. Today, Feeding India has 4,500 volunteers, spans across 44 cities and has served over 6 million meals. Kawatra and his team forged alliances with 1,750 shelters and started volunteer programmes where young, idealistic people like Arindam Kalra, Sargun Matta, Aishwarya Sinha and Pulkit Malhotra jumped in.

Recognition came in September 2016 when Kawatra was selected as one of the 17 UN Young Leaders for the Sustainable Development Goals. He's also on the Forbes list of 30 under 30 Asia 2017.Corporates like Snapdeal have joined Kawatra's crusade. This includes their school programme, where volunteers collect food from office cafeterias and donate to schoolgoing kids.

To address food quality, experts like celebrity chef and restaurateur Ritu Dalmia train volunteers in food preservation and hygiene. "Many times, people don't understand the logistics of how to donate food," he says. Feeding India, though, has made it easy, with the helpline.

They recently adopted Unnati School, a charity-run institution in Gurugram with 70 kids. "The meals have improved enrolment and the batch has grown to 150," he says. His work is far from done, says Kawatra, who wants to serve people in the interiors of the country. His goal: "By 2020, I want to clock up 100 million meals."