Delhi Riots: A Few Rays Of Humanity Shine Through 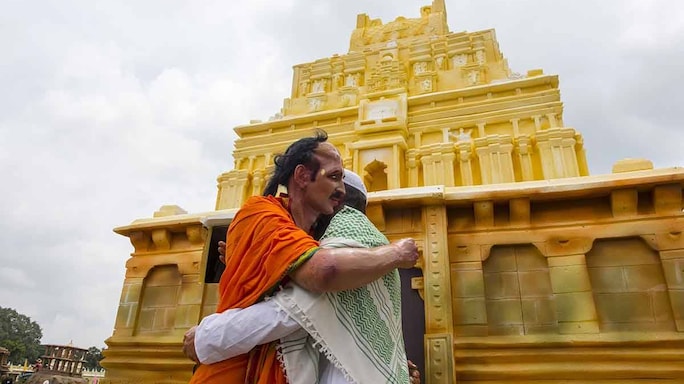 The past four days have been terrifying for the residents of Delhi living in the north-east parts of the city. Reports of casualties are still pouring in—with 32 dead and over 200 injured in the communal clashes over the citizenship law. Let’s remember these are official figures, social media estimates are higher. There were reports of uneasy calm on Wednesday during the day from the worst affected areas like Bhajanpura, Karawal Nagar and Maujpur. But the nights were tense and strife ridden. Amidst all this gloom come reports of people from various communities coming together to protect each other and setting examples for humanity.

Here we present a round-up of news reports that talk about the triumph of humanity at a time when it was put to a severe test:

In gali numbers 4 and 6 of Gurdwara Mohalla in Maujpur, the Indian Express reports that locals such as Balpreet Singh Kalsi (26), Mohd Imran (33) and Champa Verma (52) held a close watch on the area. These are the lanes where people from different communities live and the locals ensured that peace prevailed even as the areas around them were up in communal flames.

Kalsi was quoted by The Indian Express (report dated 27 February) as saying, “My grandfather died in the anti-Sikh riots of 1984. My father has told me horror stories from the time. My grandfather went missing from Maujpur Chowk while waiting for help. I can’t let a repeat of that happen again. This is a mixed lane of Sikh, Hindu and Muslim families and we take turns to give pehra (stand guard) at various points of the colony 24×7.”

Members of the colony have formed a WhatsApp group called “V68,” after a resident’s house address. It is here where they meet to discuss the ways to keep the peace.

The Hindu (dated 27 February) reports from riot-hit Shiv Vihar where Hindus offered shelter to 20 members of two Muslim families when mobs went on a rampage targeting people and establishments belonging to the minority community. Mohammad Rizwan, who works at a salon was quoted as saying that communal violence had taken place for the first time in 30 years.

“I do not know what happened... a mob entered my shop and vandalized it. I somehow managed to save my life while my family members were rescued by my neighbour Pankaj Gupta. As we share a terrace, he jumped to our side and helped my family get to his terrace... he safely took them to his house,” The Hindu quoted Rizwan. A resident, Vikas Singh, also rescued seven members of a Muslim family and gave shelter to them in his house, The Hindu reported.

An India Today story (dated 27 February), reporting from Chand Bagh area of Delhi, talks of a Muslim man (name withheld to protect his identity) huddling two of his Hindu friends in his “small hut” to protect them from a mob. "We stayed with him in his house. He is more than a brother to me. He kept assuring us that nothing will happen to us," said one of the survivors, both of whom belong to Hapur district of Uttar Pradesh. They had come to Delhi for work, and earn their daily bread. "We are scared but thankfully we are together. I kept them in my home and fed them before I ate myself. They are my family. They will come back when the situation is normal," India Today quoted the man who protected his two friends.

There were such reports from other areas too. For instance, in the heavily hit Bhajanpura, Mohan Singh Tomar, a local was quoted as saying that local Muslims guarded three temples in the area. “The temples are safe because of the communal harmony in our area,” he was quoted as saying in a video that has gone viral.