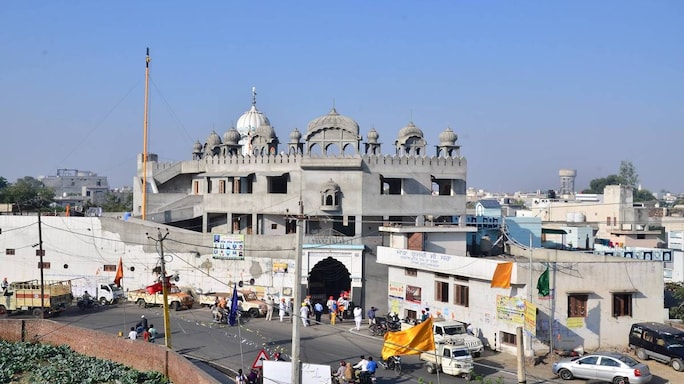 Namaz and Gurbani were performed simultaneously in a gurudwara in Malerkotla in the Sangrur district of Punjab last Saturday. This would have not even been mentioned earlier⁠—but today it merits a celebration.

The ‘Sahib Haa Da Naara’ gurudwara threw its doors open for the members of the Muslim community during the evening hours to allow them to break their fast. Even as the Gurbani recital was underway within the same premises, the assembled Muslims performed their namaz and then broke their fast. The local police administration also helped in carrying this out.

Narinderpal Singh, a member of the gurudwara,reportedly said that the main purpose of organizing the party was to reconfirm that "we all are united.”

The same gurudwara had been in the news soon after the lockdown announcement, when it helped madrasa students in the neighbourhood with food and other essentials. The students of the school were running out of rations when the gurudwara took the onus of taking care of them.The gurudwara's sewadars and local women used to prepare food at the langar for hundreds of students every day for weeks during the earlier phases of the lockdown.

Hyderabad youth on the forefront

It is led by a young student, but the Marpu Foundation is living up to its name (‘Marpu’ means 'change' in Telugu).

Raghu Vamsi, a second-year bachelor’s degree student in Hyderabad has reached out to hundreds of youth, requesting them to come forward to help those in dire need. Scores have answered to Vamsi’s call.

According to the foundation, it has served more than 16,000 cooked meals to thousands of families during the lockdown. Besides, the youngsters of this group are also helping those stuck in villages without food and other essentials.

Besides food and dry rations, the group has also been distributing essential items such as face masks, hand sanitizers and medicines among the needy. They have also been handing masks and sanitizers to police officials and others working in the field to contain the spread of the coronavirus.

The youth have been contributing from their own pockets or have reached out to individuals to raise funds. Now they hope to scale up and tap crowdfunding sources so that they can come to the aid of more people.

Marpu was originally founded to identify youth leaders by engaging them in community-building exercises.