A daughter looks back at the loss, love and legacy of her father Dad would’ve turned 100 this year. But it wasn’t to be. He died at 57 on the balcony of our apartment.

I couldn’t meet him before his passing, though we’d spoken over the phone the previous evening. I was living on a college campus, 40 kilometers from home, and traveled on weekends to meet my parents and siblings. It was the monsoons in Mumbai, that fateful week in 1979. The incessant, torrential rains had stilled all modes of travel and traffic. Dad called on Saturday and asked, “Why haven’t you come? Your sister and brother-in-law have bought you a lovely dress. They left this morning for Delhi.”

“Dad, I wanted to, but there are neither buses nor trains for me to make the trip. I’ll come next week.” My family lived in a posh area in a luxurious apartment provided by the bank where he worked. That area never flooded.

It had poured all that night, but in the morning, clear, blue skies unfolded above, as if the bleak greys from a few hours ago was but a distant dream.

I left my apartment at 10:30 am. I was later told Dad had breathed his last at 10:30 am. It hurts—he did not wait for me. Why had he called me the previous evening? He rarely phoned. My mom would always be the one to call. Had he wanted to say goodbye? The thought brings a lump to my throat. I hadn’t called my family before leaving my home, thinking I’d surprise them. I didn’t know I was the one who would be surprised.

For the next hour, I sat on the upper deck of a bus, reading signboards till I reached my destination. I was excited and hastened to the building where Dad’s apartment stood on the 12th floor. The building had three lifts. It never struck me to ask anyone why they all seemed to be stuck. I dreaded having to climb 12 floors but then one came down, and I quickly stepped in.

My heart sank when I found the door wide open and people lined up on either side of the passage leading up to the living room. In what was perhaps partial denial, I asked what had happened, but no one answered. Someone gestured me towards the flat. My heart began to beat faster with every step.

As I reached the living room, I saw my father lying supine on the carpet. He looked fast asleep, except his face was pale and his legs were spread-eagled. I’d never seen a lifeless person before and didn’t know how to react. In a stupor, I went in search of my mother. She was in shock. “Your Dad’s gone,” she said her eyes unnaturally wide. I embraced her and stood by aimlessly. Some women were sitting with her. No one was speaking. The apartment was swarming with people.

Maintaining my composure, I looked for my brother and younger sister. My sister had carried our baby nephew to the bedroom balcony to keep the one-year-old engaged. My middle sister had left him with Mom for a quick visit to Delhi with her husband. Our brother had gone for the doctor who would certify Dad’s death.

Late in the night, I asked my brother, “How did we lose him?”

“Dad went out to the balcony,” he said. “He slipped and fell on the rain-slick floor and had a cardiac arrest. We tried to resuscitate him, but he passed away.”

The funeral over, and the body gone, there seemed nothing to do, except face the emptiness of a home without a father—our anchor, gone.

Shock turned to grief, and helplessness set in. Mom turned grey overnight. She was 52; the trauma was too much. We rarely saw her laugh thereafter.

Dad was a quiet, reticent man, who turned into the life of a party, or around friends. He was witty and full of fun. His nephews, with whom he was more like an older brother, called him Uncle Green, a nickname that was derived from his ‘evergreen’ soul. He and Mom got along famously, but he would never talk to us about himself; garrulity was my mother’s trait. We knew everything about her growing-up years, but nothing about his from the time he was a boy. The man we knew was a loving, playful, caring and supportive father. In India, those days, fathers didn’t physically display their affection to daughters. That was the norm in our home, too. He liked to see women in the family free and motivated. Mom learnt to drive at a time many men didn’t; I’m talking about 1955. He stood by me when I expressed my wish to remain single. He simply told my anxious mother, “She’s good with her work. Let her be happy.” Now, it was as if we were waiting for him to return home after a tour. I asked a philosopher colleague, “Why do we miss Dad so much?” She replied, “Because parents are the basis of your life.”

The death of a parent leaves one burdened with unfinished tasks and financial formalities to complete. My brother had to rejoin work, so I took leave and accompanied Mom to sort it all out. When we visited his bank, we made a discovery about Dad’s nature, which had remained hidden from us, Mom included. We learnt from his colleagues and juniors that he had helped them in exceptional ways. Each said the same thing: “Madam, you don’t know how kind he was to me. I would do anything for him.” Their words filled our hearts with pride. 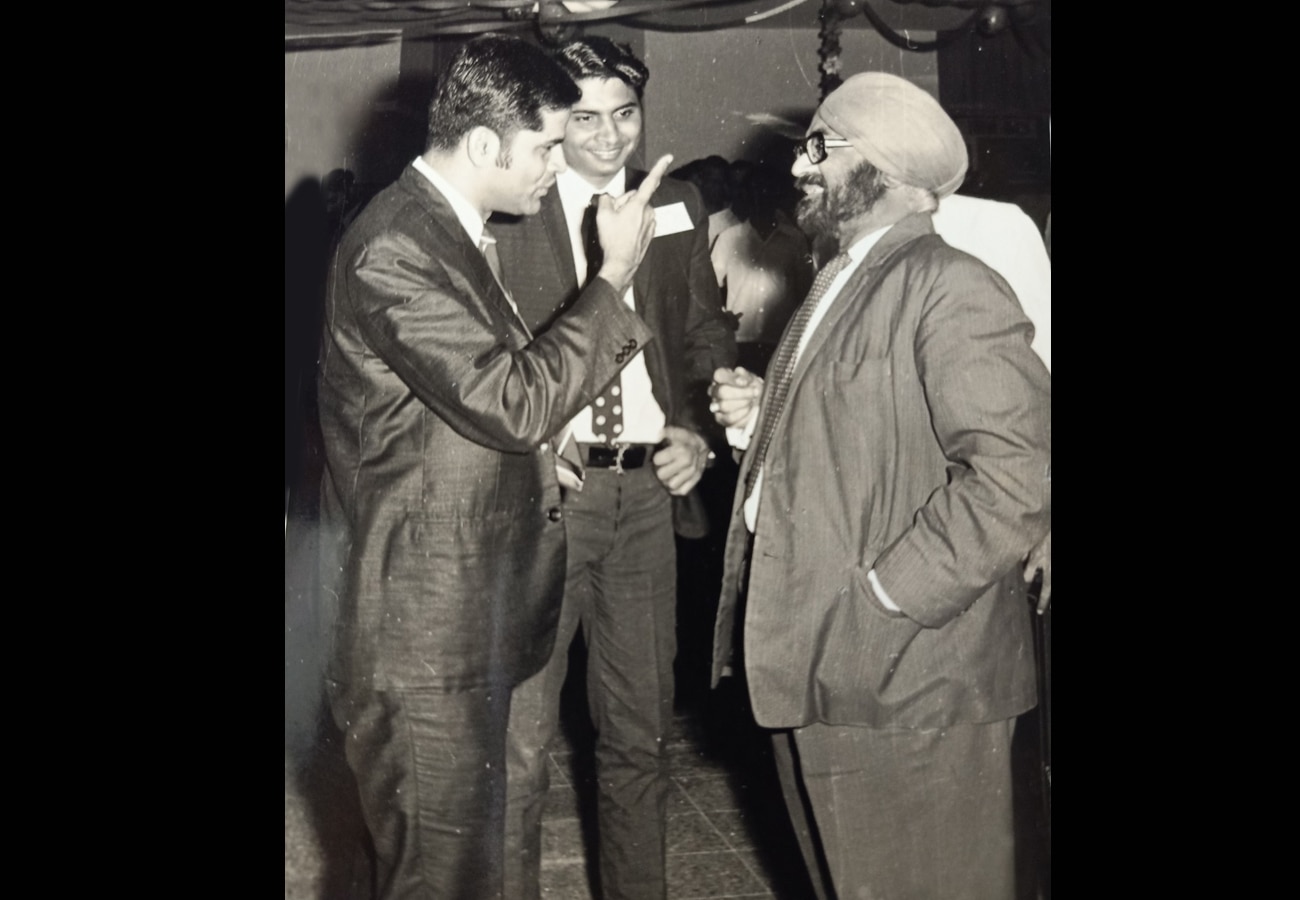 With junior colleagues at an office party 1969 Indore

Dad was a motherless child since the age of three. Who or what had made him such a sensitive and compassionate soul? But be it nature or nurture, what remains from the simple, sincere life he lived is the precious legacy of love he left behind for others. Each of us tries their utmost to keep aloft the inheritance and emulate him, though we know we succeed but imperfectly.

There is a time for grieving and a time for closure. After waiting for Dad to ‘return’, I schooled myself to remember that he was no more. But I have remembered him every single day this year. Perhaps that is the only way loss can transform into immortality.

Do You Like This Story?
34
0
Other Stories
Please enter valid text
Must Reads
Latest Issue