A Landmine Blast Blew His Leg Off, But Not His Will To Run And Win 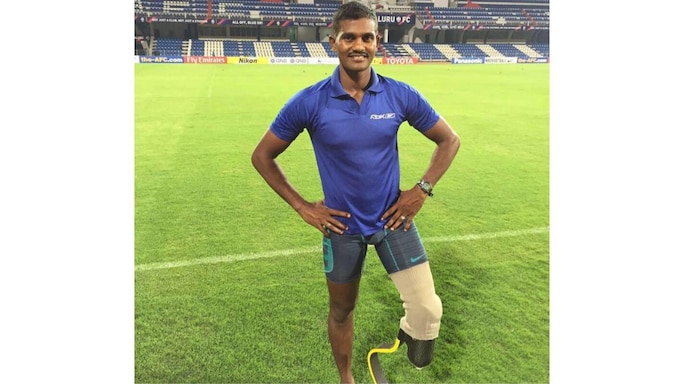 Indian Army soldier Anandan Gunasekaran lost his left leg in a mine blast near the Line of Control (LoC) in Jammu and Kashmir in 2008. But that didn’t deter him from pursuing his dream of making it big as an athlete. “I never lost hope. I was determined to move forward and train harder than before,” he tells RD.

With a prosthetic leg, Gunasekaran made himself and the country proud by bagging three gold medals at the Military World Games in China in October 2019.

After he lost his leg in 2008, he didn’t inform his family back in Kumbakonam of Thanjavur district in Tamil Nadu for six months. “I was on the hospital bed and I used to speak to them as if nothing had happened,” he says with a laugh.

Unannounced, he landed in Kumbakonam with a prosthetic leg and his family was in shock. “They said that I should quit my Army job and stay in Kumbakonam and take care of the farm,” he says. But he told them that he had just lost his leg, not his ambition to run faster than ever before and bring laurels to his unit and the Army.

“Mind is the biggest thing in your body. You shouldn’t lose it. If you are determined, you can do anything. I am one example of that,” says Gunasekaran.

An athlete since his teenage years, Gunasekaran says that he got a “new life” after he got the blade that he could run with confidence. “I started training as I used to before my leg was blown off, but I was more determined to do better as I knew that there would be many who would doubt my ability,” he says.

After the military games in China, this blade runner now is nursing bigger dreams. He wants to win medals at the Tokyo Paralympics in 2020 and bring laurels to the country.

He has one more hurdle to cross before he can make it to the Tokyo Paralympics. “I have to participate in the trials and win there to make it to the Paralympics,” he says. He is already training with that goal in mind. “My job is to work hard. I will do that.”

If that isn’t inspiring, nothing is.