Two elderly citizens with comorbidities recover from COVID-19 in Nagaland, a catering worker in Kerala helps villagers affected by floods with food packets each containing a ₹100 note 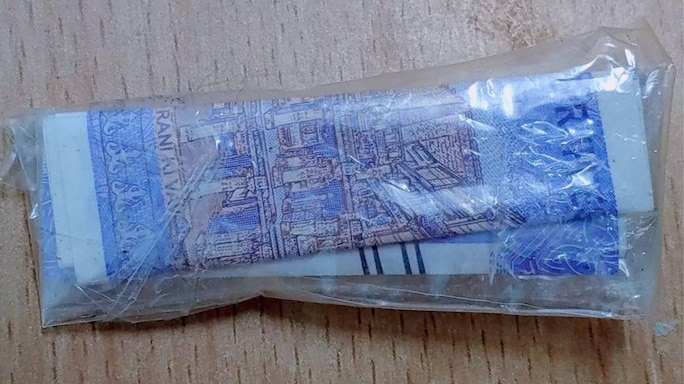 A pooliceman shared this image of a hundred-rupee note in food packets distributed by Mary Sebastian in Chellanam village. (Photo: Facebook)

Various health advisories during the COVID-19 pandemic have repeatedly stressed that elderly citizens are among the most-vulnerable. However, a couple from Nagaland has now bravely fought against and defeated the disease.

Tsulo Therie, 93, and wife Zunyi-ii, 79, tested positive for the coronavirus disease on 25 July. On 8 August, the elderly couple, who also suffer from comorbidities, returned home after recovering from the illness. The couple’s son Kute Therie, a community health officer, was the first in the family to test positive for COVID-19. Besides his parents, his brother too tested positive for the infection.

While several health-care workers and their families across India have faced social ostracization during the pandemic, in this case, people of the Lasumi village in Phek district prayed for speedy recovery of the elderly couple and their sons. “My parents have also been very brave and positive,” Kute Therie told The New Indian Express.

The art of sharing and caring

You don’t have to be a millionaire to help others in distress.

Mary Sebastian, a catering worker from Kumbalangi village on the outskirts of Kochi, slipped a ₹100 note inside each of the food packets she had prepared for the flood-hit people in Chellanam village in Kochi, Kerala. “When it is cold, I drink tea occasionally. I thought this money will help the families that get the packets to have some tea,” Sebastian told The Week.

Sebastian did not want her act of kindness to get publicized. Her large-heartedness, however, was discovered by a police officer who was involved in distributing these food packets. He himself opened one to check the contents and found a ₹100 note. The officer informed a circle inspector who also belongs to Kumbalangi. He shared the story on social media which went viral in no time.

Sebastian had lost her job during the pandemic and worked only for 15 days last month. Earlier last year, her family had also been hit by the 2019 Kerala floods. “We know how difficult the situation is when the sea surges … People in Kumbalangi are a generous lot; we share whatever we have with others, even if it is food,” she told The Week. Her charitable and humanitarian action has spread cheer among the people, one note at a time.

Do You Like This Story?
31
7
Other Stories
Please enter valid text
Must Reads
Latest Issue