A child goes missing. A mother prays. Will they find him? In September 1998, my family and I were visiting New Delhi from Ajmer. My husband, a forensic science doctor, and I, a professor at Jawaharlal Nehru Medical College, travelled with our three-year-old son Nirjhar for an official event at Delhi’s All India Institute of Medical Sciences.

The day after we arrived, my husband’s colleague, Sunil Yadav, then a sub-inspector with the Delhi Police, and his wife, invited us over for dinner. It was evening by the time we reached their house.

Happy to have met them after a long time, we sat in their drawing room and chatted about old times. Our son, soon bored with adult conversation, went out to play with the host’s children—Aashu* and Neelu*—both of whom were around Nirjhar’s age. After around half an hour, our hostess called the kids in for dinner.

Aashu and Neelu came running back to the house, all excited about the special meal, but Nirjhar wasn’t with them. Alarmed, we asked the siblings about his whereabouts, but between our panicked questions and keyed-up voices they became nervous and fell silent, unable to convey anything. From the little they were able to explain, we divined that the children were riding their bikes in the neighbourhood lanes, while our son ran after them. At some point, little Nirjhar must have fallen behind, unable to keep pace, taken a wrong turn and lost his way in the unfamiliar area.

Panic-stricken, we ran out in search of our tiny but clever child. As my husband and his friend got on his scooter to check the main road, my mind whirled with all sorts of horrible scenarios—a part of the road was dug up for some construction work; what if Nirjhar had fallen in? Did someone kidnap him? How far had he wandered? How alone and scared he must be in a strange city!

Unable to stay calm, I began running into every lane around the house like a madwoman, shouting my son’s name as loud as I could. Uncontrollable tears ran down my face at the heartbreaking silence that followed each time I called out his name. But Nirjhar was nowhere to be found. There were no mobile phones those days. In desperation, I grabbed hold of random passers-by, asking them if they might have seen my son. No one seemed to be able to help. More than an hour passed without a breakthrough. Dreading the worst, I thought, only prayers can help now. Close to despair, nursing a heavy heart, I retraced my steps to our host’s place and stood outside, continuing to scan the roads with bleary eyes. 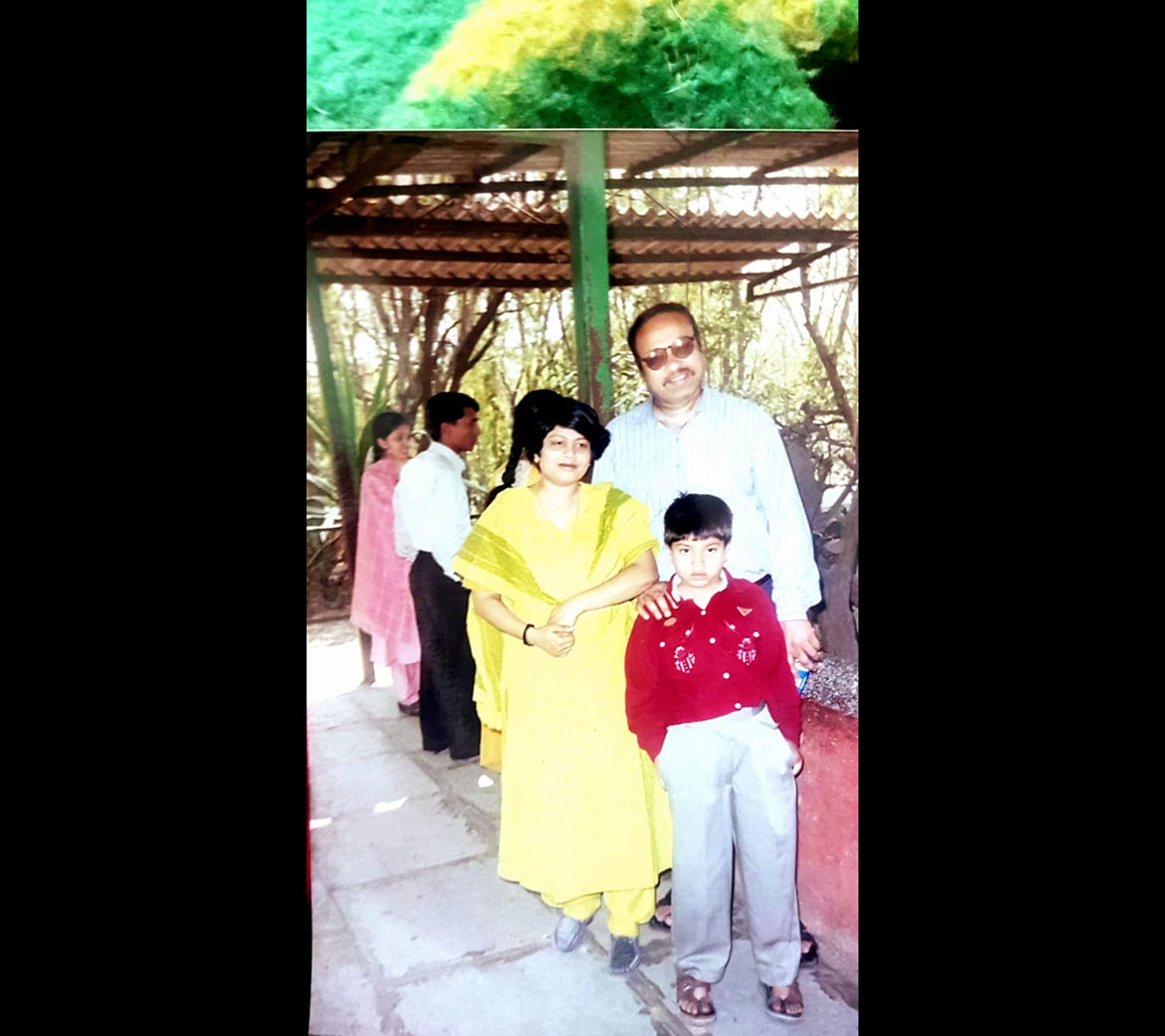 As the minutes passed interminably by, I wondered if my husband and Sunil might have had better luck. Just then, I saw the two men riding in from the opposite end of the lane. But there was no sign of Nirjhar. My heart sank; my mind was blank with hopelessness. All of a sudden, two teenaged boys rode into the same lane on a scooter. As they got closer, I spotted our son, in his red-and-purple shirt and maroon shorts, standing in front of the driver, his hands on the steering handles. Shocked and relieved at the same time, I yelled out and waved my arms in the air to get their attention. My husband and Sunil also saw them and paused until the two boys caught up. As I ran towards them, Nirjhar stepped off the two-wheeler and ran to me, jumping into my arms. He was distraught, in tears and hardly able to speak.

The world fell away as I was reunited with my son, and the next few minutes were spent comforting him. It was only later that I found out from my husband that the kind boys were cleaning their car in front of their house when they saw our crying son walk by. They stopped him and tried to find out who he was and where he lived but Nirjhar was too frightened and upset to give them any information: “My parents are lost; I can’t find them,” is all he could say. So they decided to take him to the nearby police station that was down the lane from our friend’s house.

My only regret is that I could not thank those kind souls properly before they disappeared in the crowd of onlookers. They were truly like angels-in-disguise for me that day, having answered my sincerest prayers.