A Pilgrimage In Memoriam 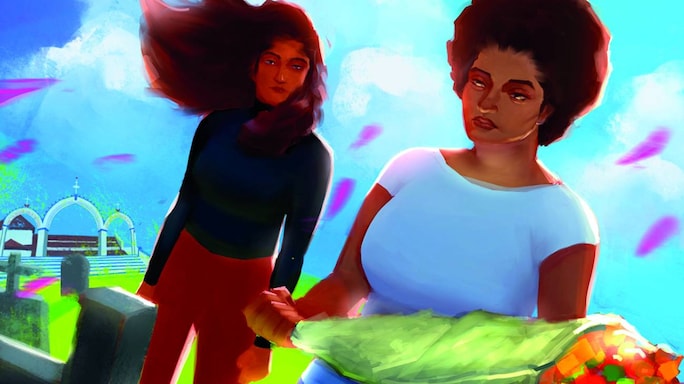 Standing by the river Pamba, in Puthencavu one afternoon last year, my younger sister Miriam* and I pictured a little girl playing on those banks. It was here, in this scenic Kerala countryside 88 years earlier, that our mother was born.

When our father passed away in 2005, we discovered work was a great antidote to personal loss. Besides, Mum was with us to share that sorrow. I was heartbroken when Dad passed on, but when Mum followed him 14 years later, I felt something I had not felt before—a pain so unbearable that there were days I wished I had gone with her.

It is not that I loved my father any less. But, as Alzheimer’s consumed him, Mum, Miriam and I developed a bond that can only come from battling the indignities of this horrible condition together. Back then, we could not afford the quality nursing attendants we later hired for Mum, when a combination of Parkinson’s and arthritis robbed her of mobility and strength. So, between my professional commitments and Miriam’s studies, we did a large part of the caregiving ourselves.

Miriam and I were not merely close to our mother. She was our comrade-in-arms. In the months after we stood around her bed with our older siblings, holding her hands in a hospital room as the life left that now tiny body, it would be an understatement to say I struggled to cope. If you have lost a parent, you have perhaps experienced sudden bouts of tears or imagined their continuing presence in the house. It happened to me often. I also developed physical symptoms of my grief requiring medical treatment.

It was Miriam who suggested that we visit Puthencavu, where Mum spent her early childhood and Ammachi, our grandmother, was buried. She had long wanted to make the trip because it had been one of Mum’s eternal regrets that her own mother’s grave had remained unmarked. My sister wanted to erect a headstone for Ammachi, fulfilling Mum’s wish.

And that is how it came to be that, in mid-2019, we found ourselves on the banks of the Pamba where Susan Matthew (Vetticad) née Koshy-Chempolil once played as a child.

We stayed that week at the home of long-time friends and reminisced fondly about our extraordinarily liberal parents. Mummy had often spoken of the historic Puthencavu Palli (church), so we ascended those famous steps and wandered around the adjoining cemetery, recognizing names of relatives we never met, but whose stories we had heard.

We knew my mother was close to her extended family, but on this journey we were reminded of just how close they had been during an afternoon spent with her septuagenarian cousin. We were meeting Achayan and his wife for the first time, but in the affection we saw in their eyes we discovered the legacy of goodwill that noble souls leave their children.

Achayan guided us to the cemetery where Ammachi was interred, next to a tiny local church. Another of Mum’s cousins promised to locate records from the 1960s and identify Ammachi’s burial spot from among the unmarked graves we saw that day.

Being agnostic, I have long stopped bothering myself with religious theories about creation, an afterlife and rebirth, or scientific conclusions about human existence. All I know is that death is the one certainty after birth. And in that small cemetery in Puthencavu, where lies the dust of a grandmother I never knew, I felt at peace with myself, drawing comfort from a dawning awareness that we all stand on a time and space continuum running from forever before to forever after—where Ammachi, Mum and Dad too have existed and, in some form, always will.

About 10 years ago, Miriam and I quit our demanding jobs and started work from home, largely so that we could be more available to Mum. Being a stay-at-home daughter/journalist turned out to be personally fulfilling and professionally rewarding for me. Mum was happy too and, unsurprisingly, made no demands.

After she was gone, our elder sister told us how one day when she had dropped by and was alone in the room with Mum, she suddenly spoke. “Take care of the children,” Mum said. “You mean of my kids? Of course!” But Mum corrected her: No, she explained, she meant me and my younger sister. Those were perhaps her last words. 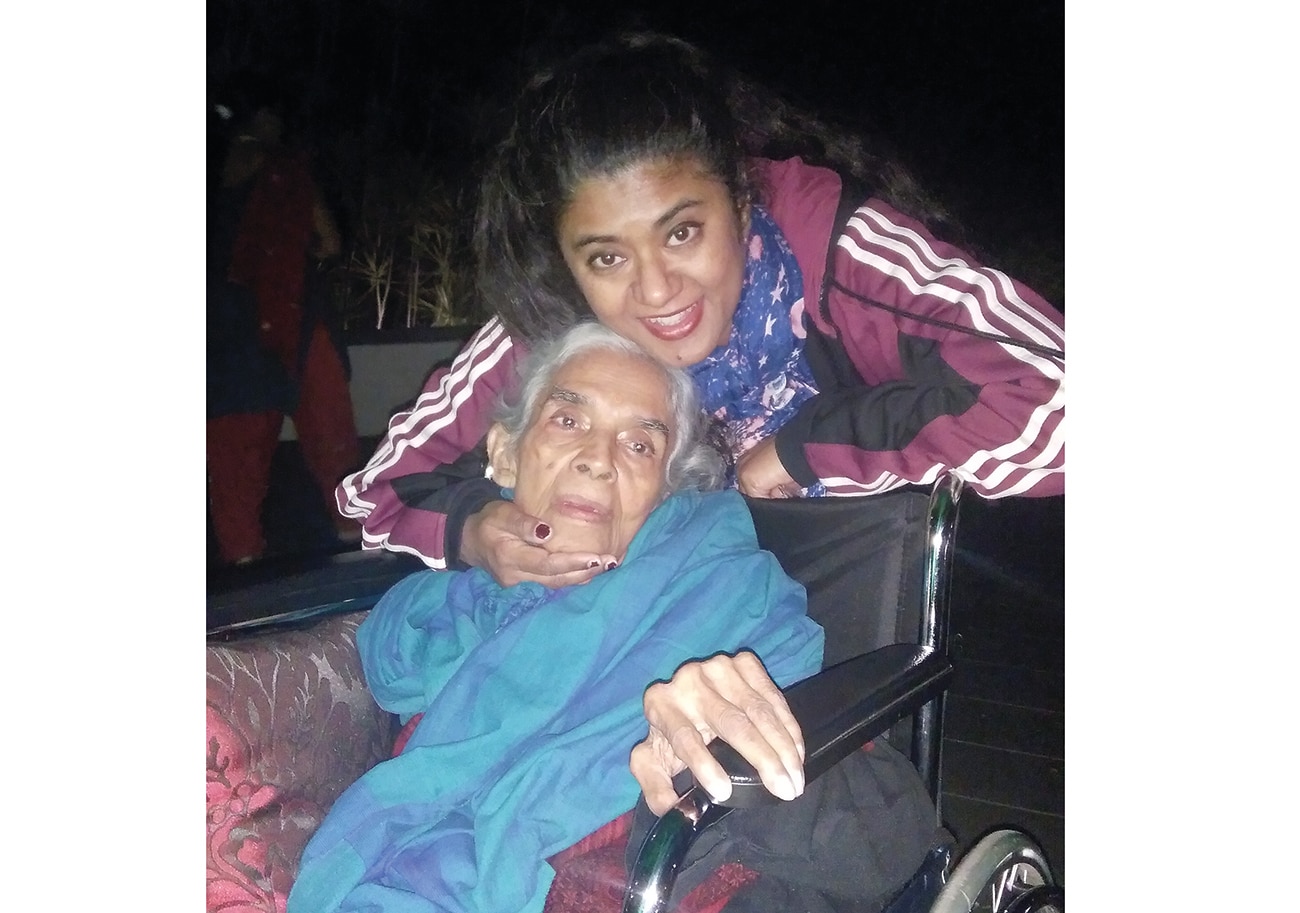 As I stood by the Pamba, I thought about the woman who by then was so frail that most days she did not have the strength to speak, yet thought past her own battered body to worry about her ‘children’ in their 40s. I remembered with gratitude the liberal upbringing she and our soft-spoken Dad gave us. That not for a second did they discriminate between their son and daughters, prompting an older relative to gravely express concern for the masculinity of a boy growing up among three free-spirited women. I remembered Mummy narrating this conversation to Dad—and they both laughed.

I remember her recounting to us in amusement that her habit of wearing sleeveless blouses in 1960s Delhi earned her the nickname Sleeveless Susan from conservatives in our community. I remember her as a fiery young woman marching up to our parish priest and chiding him if ever she deemed his Sunday sermon illiberal. He would joke that he was “scared of Susan”, but they always remained friends.

It would please my mother to know that as I write this, I am grinning through moist eyes. I will not deny that the tears remain, but it is impossible not to smile at the memory of the fearless Sleeveless Susan of Puthencavu.

Do You Like This Story?
58
0
Other Stories
Please enter valid text
Must Reads
Latest Issue