A Crisis Can Teach You Patience And Resilience

Life’s odds can sometimes bring with them precious lessons 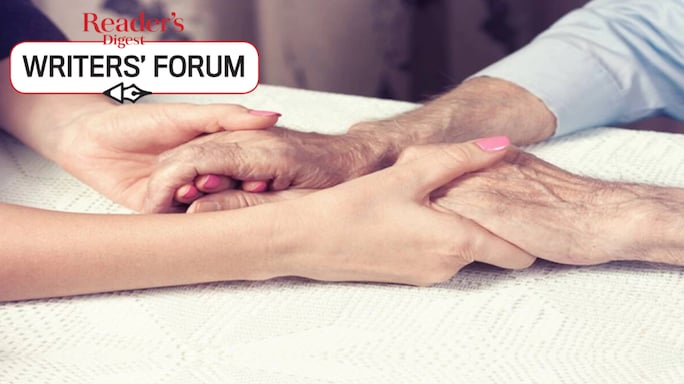 A crisis has the power to bring people closer and can drive home hard lessons. I encountered the first crisis in my life six years ago when my father was diagnosed with dementia, changing everything overnight. Until then, I was loved and pampered, and lived with little worry. It was hard when the doctor told us that his illness was incurable. Watching my father struggle to perform routine tasks broke my heart. He had become a child who needed round-the-clock assistance for everyday activities. Slowly, we learnt that the best way to deal with him was with patience and affection. Suddenly, I was forced to grow up.

I’ve always been very close to my mother—she is my best friend—but living with the reality of my father’s illness helped me discover the extent of the love I felt for him. Memories of the past, when he was healthy and happy, kept haunting me. I was increasingly grateful for all he had done to give us a comfortable life and a good upbringing. I wouldn’t be able to repay him for all that he had done for us.

My father’s resolve to fight back was inspiring, and gave me the courage to support him in this new journey. Our family started planning more time and activities together—Sundays were now set aside for a drive, a temple visit and dinner at a restaurant. Each outing gave us the opportunity to bond as a family. They were special to him and gave him great joy, and that was all we could do for him at the time. It was also a time of self-discovery—I found myself tested in different ways and found resilience and perseverance that I didn’t know I had in me. I realized these were qualities I had inherited from him. By December last year, my father started showing symptoms of aggressive behaviour. Unable to understand or deal with this aspect of his illness and fearful of possible harm to himself or someone else, we were forced to admit him in a centre for dementia care. The facility restricted visits because it could hinder treatment. When we finally got to see him after two weeks, he kept asking us when he would be able to go back home and continued to do so every time we visited. He was like a child who had been abandoned by his family. Gone were the walks in the park and our Sunday evening drives; now, he was bound by the four walls of the centre. We were helpless, frustrated and guilty about leaving him alone there.

Today, looking back on that time, difficult as it was, I think that maybe God was preparing him for the future. We brought my father home in February and by the next month, the government announced the nationwide lockdown. I was anxious that he would miss his walks and would get restless if confined at home, but, when we explained the reason to him, he understood. Perhaps the stint at the centre helped him adjust to this new normal, or perhaps, it’s because his family is always there with him. There is a lesson for all of us here⁠—if a patient like him can stay indoors, we can too. Most of us are healthy and understand why we need to isolate ourselves. There is little else more important than our health. Stay home, stay safe.