World Zoonoses Day 2020: 7 Things You Should Know About Diseases That Spread From Animals to Humans

The day is significant this year, more than ever before, as COVID-19 is a zoonotic disease too (Left): A model of the plague-causing bacterium; (right:) The bacteria Mycobacterium tuberculosis, the causative agent of TB (Photos: Flickr)

It was 135 years ago, on 6 July 1885, when French biologist Louis Pasteur administered the first anti-rabies vaccine successfully. Rabies is one of the many zoonotic diseases that are caused by transmission of germs from rodents, bats, monkeys, poultry, insects and many other domestic and wild animals.

Zoonoses Day, therefore, is marked to spread awareness about the dangers of zoonotic diseases or zoonoses, which are highly infectious. Zoonoses is derived from the Greek words zoon, which means ‘animal’, and nosos, meaning ‘sickness’.

Here, we list seven things you should know about zoonotic diseases and their impact:

1. According to the World Health Organization (WHO), over 200 zoonotic diseases have been identified so far and these present a clear danger to human beings and animals.

2. According to WHO estimates, nearly one billion cases of illness and millions of death occur every year globally from zoonoses. Some 60 per cent of the emerging infectious diseases are zoonotic. 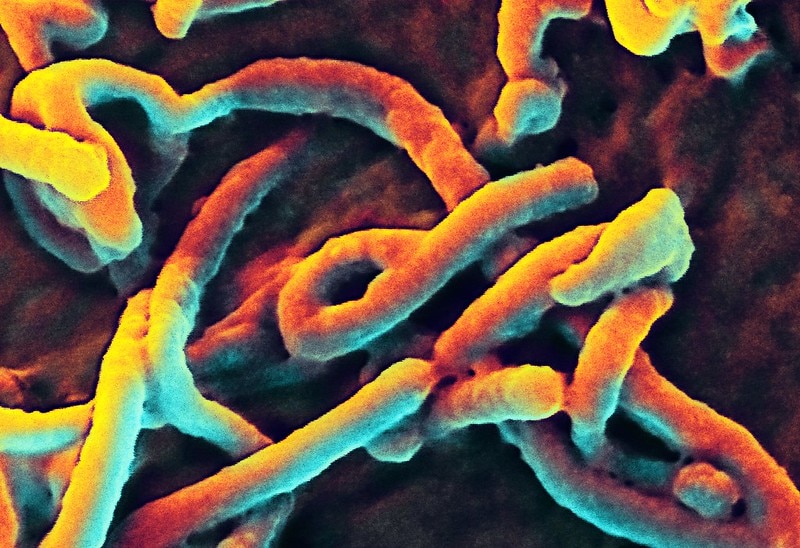 A scanning electron micrograph of the Ebola virus (Photo: NIAID/Flickr)

4. Zoonotic illnesses are caused by germs like viruses, bacteria, parasites and fungi. The illnesses can appear both in animals and humans. Scientists say that even healthy-looking animals carrying the harmful germs can infect human beings.

5. Zoonoses can spread from direct contact with animals or indirectly or in the form of vector-borne (through fleas, mosquitoes, ticks, among others), food-borne or water-borne infections. A common way for these diseases to spread is through the bite of a mosquito or tick.

6. According to the Centers for Disease Control and Prevention (CDC), while anyone can fall sick from a zoonotic disease, some people are at higher risk than others, including children younger than five years, those older than 65 years, people with weakened immune systems and pregnant women.