The World's Most Haunted Forests

With large, dark shadows and unidentifiable animal sounds, forests can be some of the spookiest places in the world 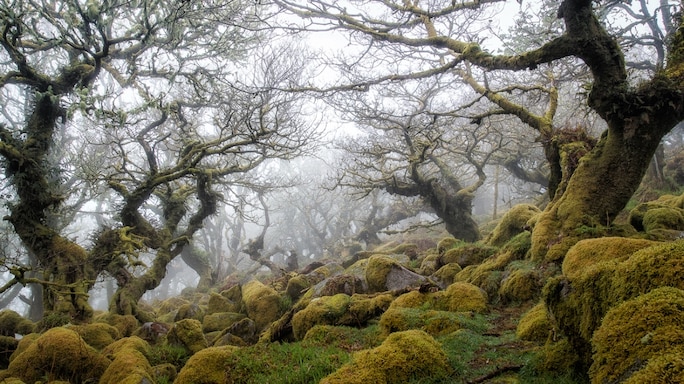 In Wistman’s Wood in Dartmoor National Park, in the southwest of England, moss and lichen drip so thickly from the tangled oak treetops that you can barely see the sky. And the place really is haunted, if you believe those familiar with it. Ancient tales of druids, ghosts and a host of other supernatural creatures have earned it a reputation as the most haunted part of Dartmoor. Named for its almost impenetrable darkness, the Schwarzwald (Black Forest) is the site of some of the scariest tales the Brothers Grimm ever wrote. Legend has it it’s haunted by werewolves, witches and the devil himself. The tale of Der Grossmann (sometimes translated as ‘The Slender Man’) is that of a tall, horribly disfigured man with bulging eyes and many arms who compelled children to enter the forest and confess their sins. They never emerged again.

Located in northwestern Romania, the Hoia-Baciu is known as the ‘Bermuda Triangle’ of Romania. Strange disappearances are said to have occurred here, like a shepherd who reportedly vanished with a flock of 200 sheep, and a five-year-old girl who went missing in the forest for five years—only to emerge without having aged. Visitors often “report intense feelings of anxiety and the feeling of being constantly watched”, the forest’s very own website warns, and the locals tend to stay away because they fear that if they enter, they will never find their way out again.

This 437-kilometre-long hiking trail near Bennington in the state of Vermont, in the northeastern United States, is believed to be where a college student named Paula Jean Welden disappeared on 1 December 1946. But she wasn’t the only one to vanish. Four other people disappeared in the forest here between 1945 and 1950, and only one body was ever found. Rumours of the trail giving off what has been described as a “weird haunting energy” continue to this day. 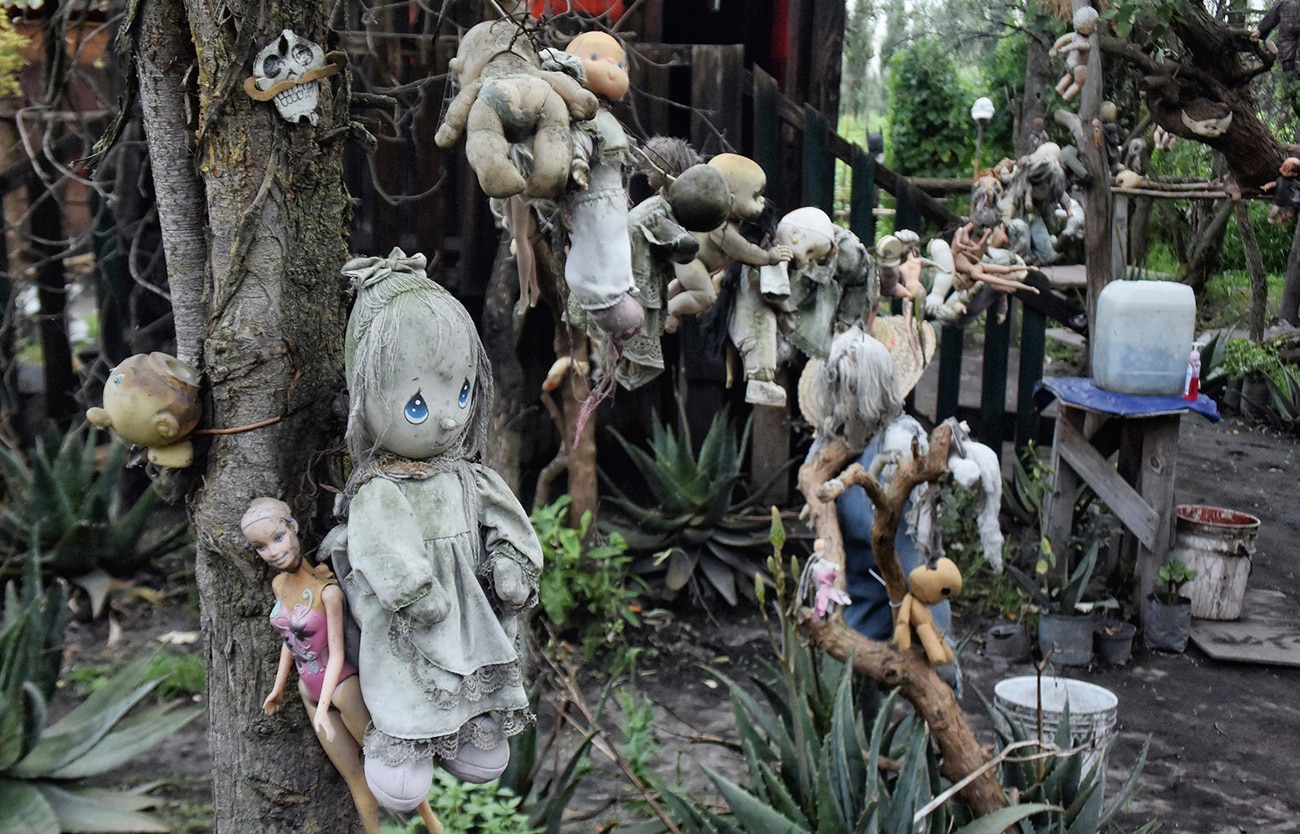 Island of the Dolls MEXICO

One of the world’s creepiest places is La Isla de las Muñecas, or Island of the Dolls, south of Mexico City. The small tree-covered island was named for its collection of dolls, doll heads and disembodied doll parts that have been strung from the jungle trees. The man who did this, more than half a century ago, hoped it would chase away the spirit of a drowned girl whose body washed up on shore here. The sight of the dolls is terrifying enough, but some people have said they’ve heard the dolls whispering to one another from high above in the treetops.

Another creepy copse is Blairadam Forest, north of Edinburgh. Back in Victorian times it had been the home of a coal mine and a mining town. Visitors to these woods report strange phenomena such as feeling inexplicably agitated, and that their pets were spooked. Such accounts didn’t stop a local family from enjoying a hike and a picnic there in 2008. But afterwards, they were stopped cold when they examined photos they’d taken of their children in the forest: a sinister-looking figure wearing Victorian-era clothing was clearly visible, lurking in the trees. 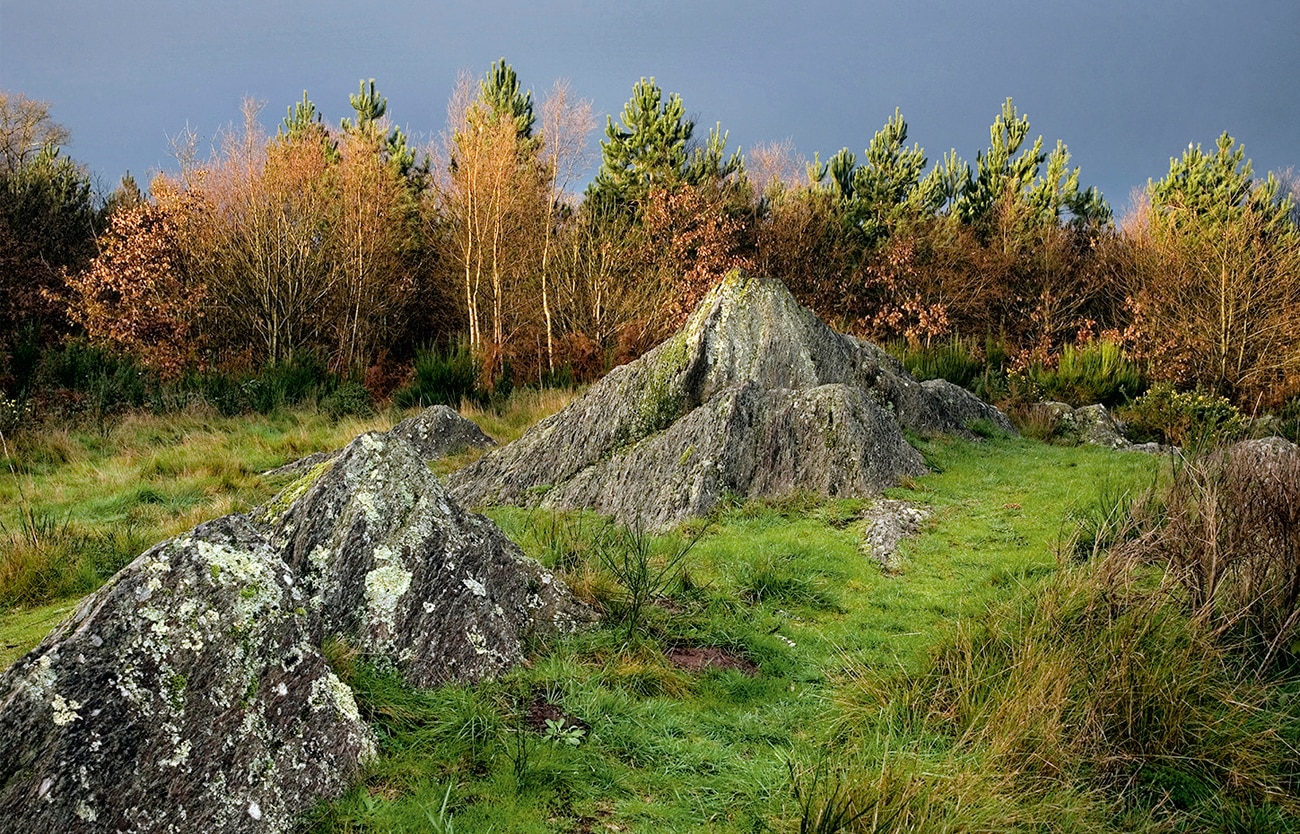 The Forest of Broceliande FRANCE

The Fôret de Brocéliande, a place of medieval legend, was ravaged by fire in 1990. Located in Brittany and, these days, more commonly known as Paimpont Forest, it is said to have been the setting of the King Arthur legend, and is home to the megalithic Tomb of Merlin. Those things alone wouldn’t make it spooky, but its Valley of No Return is said to be where the sorceress Morgan le Fay—King Arthur’s half sister—imprisoned unfaithful young men. After the fire, half a million new trees were planted.

This beautiful forest park in Tawau, on the island of Borneo, is home to the tallest tree in the world, a yellow meranti, and is frequented by tourists—but usually only during the day. Some local residents believe the forest is haunted, and the spirits that lurk there come out only at night. Go if you dare, but it’s been said that people have disappeared there, particularly near its famous waterfall. In Japanese mythology, Aokigahara, which is also known as the ‘Sea of Trees’ at the base of Mount Fuji, is said to be haunted by demons. It is also thought that yuˉrei—trapped, lost, angry or vengeful souls—flit among these twisted trees. According to local spiritualists, the trees have a malevolent energy accumulated over centuries. It’s also easy to get lost in this eerily quiet forest: compasses and mobile phones sometimes don’t work. One theory why? The high iron deposits in the soil.