The Story of The Bicycle And How It Powered The Women's Movement! You may turn up your nose, if we were to call the bicycle a marvel of engineering. But, think about the sedentary world in which bicycles were born—no wonder, they were immediately all the rage. Invented in 1817, the bicycle, centuries later, continues to be the most efficient tool to convert human energy into mobility.

Here are seven facts about the bicycle:

1. The bicycle travelled to its modern form, thanks to the work of several inventors. But did you know, the prototype invented in 1817 by the German baron named Karl von Drais, who is widely acknowledged as the father of the bicycle, did not have pedals? Riders were required to propel this early edition clunky wooden bicycle by using their feet to push off from the ground. These bicycles were aptly named the ‘running machine’. 2. In the mid-19th century, the most popular bicycle was the unwieldy, oddly-shaped penny-farthing, named after the currency of the day as its oversized front wheel and a much smaller back wheel, matched the size difference of a penny and a farthing. These cycles had a four-foot high saddle, and were fairly dangerous to ride on but became wildly popular in the 1870s and 1880s.This model made the cycle mainstream, with the first bicycle competitive races and riding clubs propping up. Even the first man to journey across the globe on a cycle, Englishman Thomas Stevens did so, on a penny-farthing. But, these bikes with an unstable centre of gravity often led to riders keeling over, when encountered with a small bump. These accidents were so common, that they named these injuries ‘headers’ in a lighter vein. 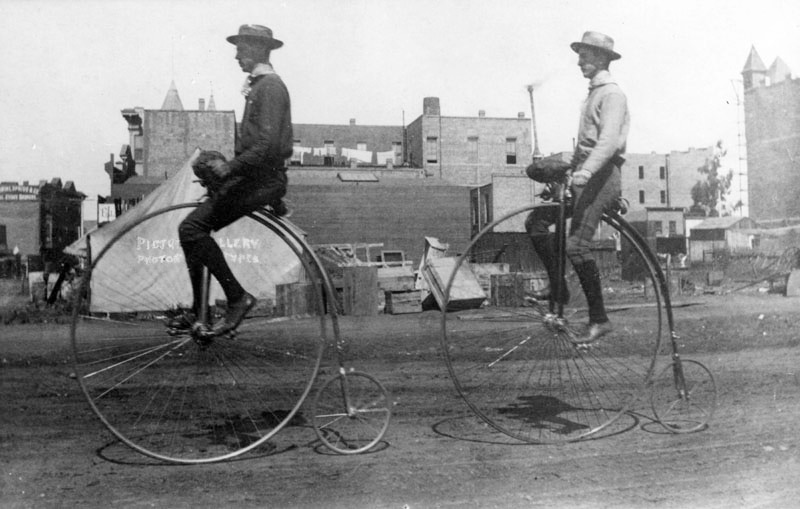 3. Of all the changes that the bicycle brought about, it’s most revolutionary and unexpected charge was powering the women’s suffragette movement. For the first time in history, women could travel solely under their own power, which though seems like a small change but was a mighty shift for the quest of equality. Bicycles were relatively inexpensive and therefore, a readily accessible mode of transport and didn’t support a chaperone! The first wave of the women’s movement coincided with the bicycle craze of the 1890s in America, with the suffragettes using it to campaign. Susan B. Anthony, founder the National American Women’s Suffrage Association said this of the bicycle, “It has done more to emancipate women than anything else in the world”. The bicycle boom even facilitated the Rational Dress Movement; one couldn’t be expected to ride in corsets and crinoline, which led to bifurcated clothing for women—the more practical, bloomers became very popular; enabling them to break away from stifling Victorian clothing.

4. Women riding the bicycle to freedom and change did not please all. Some of the dangers that doctors ascribed to women riding the cycle included depression, heart palpitations and the ‘bicycle face’. Descriptions of ‘bicycle face’ varied, the Literary Digest, in 1895, wrote that the bicycle face could lead to women becoming “usually flushed, but sometimes pale, often with lips more or less drawn, and the beginning of dark shadows under the eyes, and always with an expression of weariness." Some other sources saw the condition leading to a clenched jaw and bulging eyes, while others implied that it was irreversible condition, while some thought that it could be remedied, if women stayed away from the activity for a considerable time.

5. The first woman to cycle around the world, Annie Cohen Kopchovsky alias Annie Londonderry, a Latvian immigrant who in June 1894, at about age 23 pedalled away from Boston to make a journey no woman had undertaken before. She also became the world’s first rolling billboard, when she agreed to attach an advertisement for the Londonderry Lithia Spring Water Company of New Hampshire, in exchange for 100 dollars. 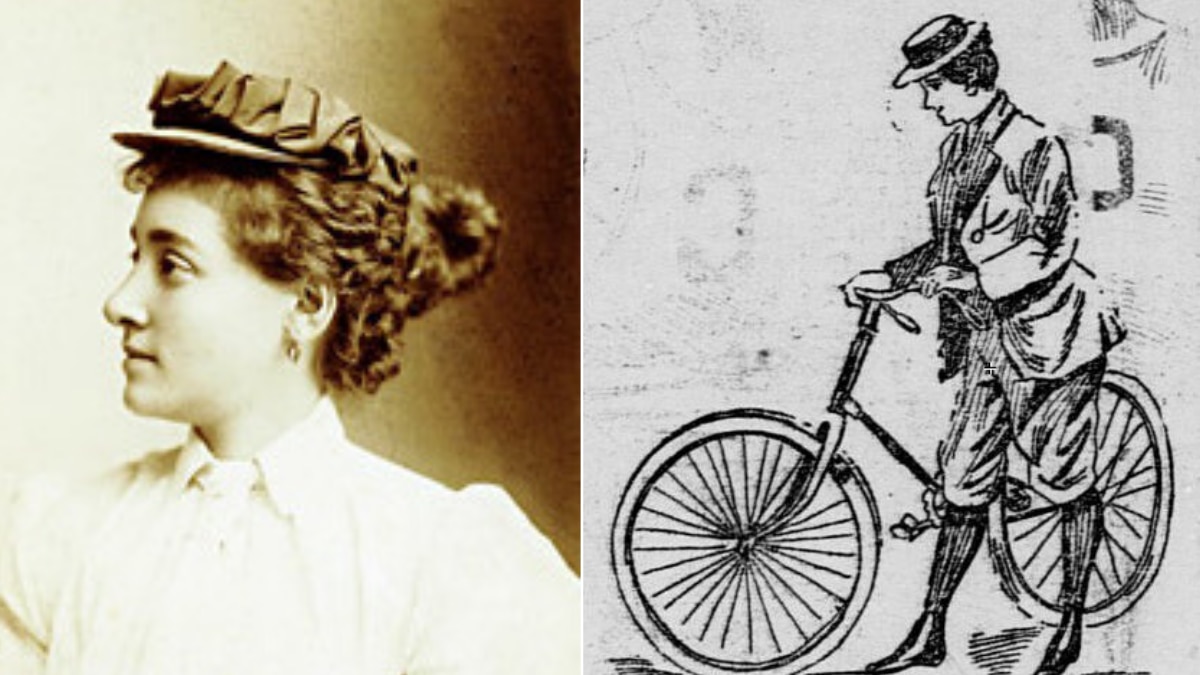 6. The Dutch pedal their way everywhere—Netherlands has more bicycles within its territory than it has residents, with over 22 million bicycles compared to its 18 million population. Their love for this two-wheel wonder has rewarded them with health benefits that include longer life-expectancy and correspond to 3 per cent of their GDP. Its capital city Amsterdam is also home to the only museum in the world you can cycle through. The Rijksmuseum’s entrance is in a tunnel that lies beneath the building. Cyclists sycle through the entrance-tunnel of Amsterdam's Rijkmuseum. (Photo via Wikimedia Commons)

7. Closer home, these noiseless steeds continue to propel women’s mobility and autonomy. In 2006, the Nitish Kumar-led government in Bihar launched the Mukhyamantri Balika Cycle Yojana (chief minister's young girls bicycle programme), with the view to improve school access and the gender gap in secondary school enrolment. Under the scheme female students enrolled in government or government-aided schools were awarded bicycles. The results were revolutionary, a 2013 research study found that the programme increased girl’s age-appropriate enrolment in secondary school by 30 per cent and reduced the gender gap in the same by 40 per cent.