Solar Eclipse: Myths And Superstitions From Around the World

Today, we know exactly why eclipses occur. But ancient cultures had their own spin on these celestial events The solar eclipse is an astronomical event that can be observed when the moon passes between the earth and the sun, leading to its (the sun’s) total or partial occultation.

Now that it has been scientifically explained, there’s little room for myth-making around eclipses. But this wasn’t the case with ancient civilizations which had their own unique myths to make sense of these occurrences. As the world gears up to witness another solar eclipse on 21 June 2020, Reader’s Digest takes a look at some of these old myths.

1. According to Hindu mythology, a beheaded but angry Rahu swallows the sun and the moon, causing eclipses. But he cannot hold them for long in his mouth; neither does he have his body and hands to grab them—and that’s why eclipses don’t last long.

2. In Vietnam, legend has it that eclipses occur when a giant frog swallows the sun. Its master, Lord Hahn, then convinces the frog to spit it out. The lunar eclipses are also explained along similar lines.

3. Chinese myths and dragons are nearly inseparable. So naturally, you have a dragon eating the sun for lunch, thereby causing the eclipse. And how does the eclipse end? The legend goes that Zhang Xian, the god of birth, fired arrows at the dragon forcing it to throw up the sun.

4. Evidently, animals figure prominently in myths around eclipses. Norse legends also attribute the eclipses to animals. According to them, a pair of wolves chased the sun and the moon; one of them managed to catch the sun and ate it.

5. The Chippewa tribe of North America shot flaming arrows towards the sky to rekindle the sun and believed that it was because of this that the solar eclipse ended.

6. Ancient Greeks had a different spin on this celestial event. They believed that eclipses were a sign that gods were angry with humans, and that disasters would follow, bringing untold misery to people.

There are also a number of superstitions linked to eclipses. While many of them have vanished, others still persist in India. 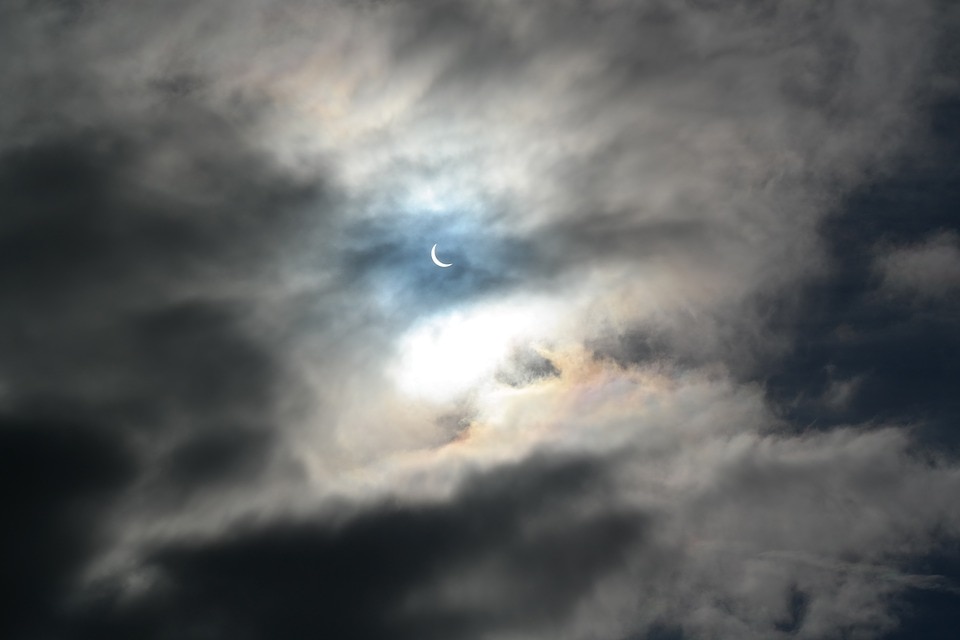 1. Many people do not cook or consume food during an eclipse. In fact, a number of people discard cooked food just before this period. It is feared that microorganisms grow on food during the time of the eclipse. There is no scientific basis for this belief.

2. People may be very excited to witness an eclipse today, but in the old times, it was considered inauspicious to step outside your house during an eclipse. This may have been more of a precaution than a superstition as it was feared it could damage the eyes. And while scientists today do not consider stepping out to be harmful, they do advice against looking at the eclipse with naked eyes.

3. Pregnant women are also advised to not step out during an eclipse as it is feared that this can damage the foetus. This superstition, too, has no scientific basis.

Do You Like This Story?
35
6
Other Stories
Please enter valid text
Must Reads
Latest Issue