Anyone can become a meme; they may be heads of state, grumpy cats, even the man who first coined the word. 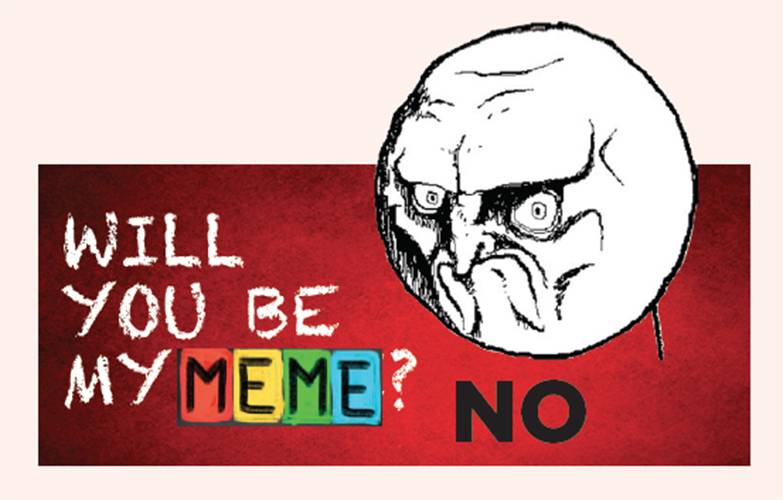 Nothing is sacrosanct. No one is spared. Anyone can become a meme; they may be heads of state, grumpy cats, even the man who first coined the word. The word first popped up in 1976, in The Selfish Gene, where evolutionary biologist Richard Dawkins compared ideas to genes, as 'replicators' that spread person to person. Dawkins coined a word for this. He first considered 'mimeme' (drawing from the Greek root miméma or to imitate or mimic), but condensed it to the now-popular meme. Of course, there is only one way to say it-not me-me, or may-may, but meem, pronounced to rhyme with cream. In his book, he noted: Just as genes propagate themselves in the gene pool by leaping from body to body via sperms or eggs, so memes propagate themselves in the meme pool by leaping from brain to brain via a process which, in the broad sense, can be called imitation. Dawkins quoted N. K. Humphrey, a colleague who summed up this chapter in the book: "… memes should be regarded as living structures, not just metaphorically but technically. When you plant a fertile meme in my mind you literally parasitize my brain, turning it into a vehicle for the meme's propagation in just the way that a virus may parasitize the genetic mechanism of a host cell." So, what could become a meme? Anything that goes viral, is perhaps the simplest answer. It can be an idea, a phrase, people, even clothes-remember the 'is it blue, is it white' dress? There is a meme for every occasion, featuring just about anyone-from Prime Minister Narendra Modi looking at terracotta warriors in China, Queen Elizabeth II in a green outfit, sanskari (virtuous) Alok Nath, a philosophizing velociraptor to crude hand-drawn faces and stick figures.Each meme has a sometimes funny, sometimes fascinating origin story (much like comic book superheroes), and the best place to sharpen your knowledge is knowyourmeme.com. You can even create your own meme and go viral. All you need are simple, easy-to-use meme generators!