While some dismiss it completely out of hand, others believe inexplicably in the spirit world. We ask the experts to weigh in 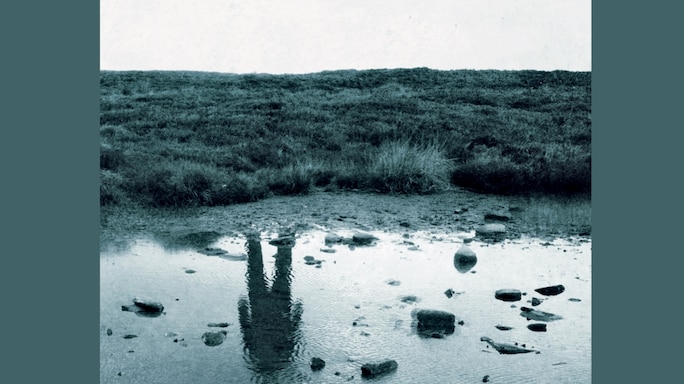 Belief in the supernatural and questions about whether ghosts are real have intrigued humanity forever. But are the spirits that may walk among us actually the souls of the departed, or the result of more down-to-earth phenomena? While science and spirits might not seem to go hand in hand, you’ll be surprised how many evidence-based explanations for spooky sightings there are. We ask some ghostbusters in white coats for alternative ideas about why things might go bump in the night.

Sleep paralysis is a condition where you wake at night unable to move. It affects around 20 per cent of people at some point and sleep specialist Dr Baland Jalal from Harvard University in the US feels it could explain some ghost sightings.

“The stage of sleep called REM sleep is when we have our most vivid dreams and, to protect us from acting these out, we go into a state of paralysis,” he says. “If you wake up at this point you can see and hear, but your body can’t move. And, our research has found that about 40 per cent of people start to see things when this happens.”

The sightings are the brain trying to make sense of this. It’s telling your arms and legs to move and expecting feedback from them as to where they are ‘in space’. When it doesn’t get that feedback, cells in the brain called mirror neurons start to draw a picture of what should be happening. “And in its confusion we can visualize this image as something in front of us,” says Dr Jalal. “Some people experience this as an out-of-body experience, where they look down upon themselves in bed, others impose another explanation—you’re seeing a ghost.”

The good news is you can treat sleep paralysis with a four-step method Dr Jalal has created: the first step of which is just closing your eyes so the mirror neurons can’t create their picture. Without this the ‘ghost’ can’t appear. 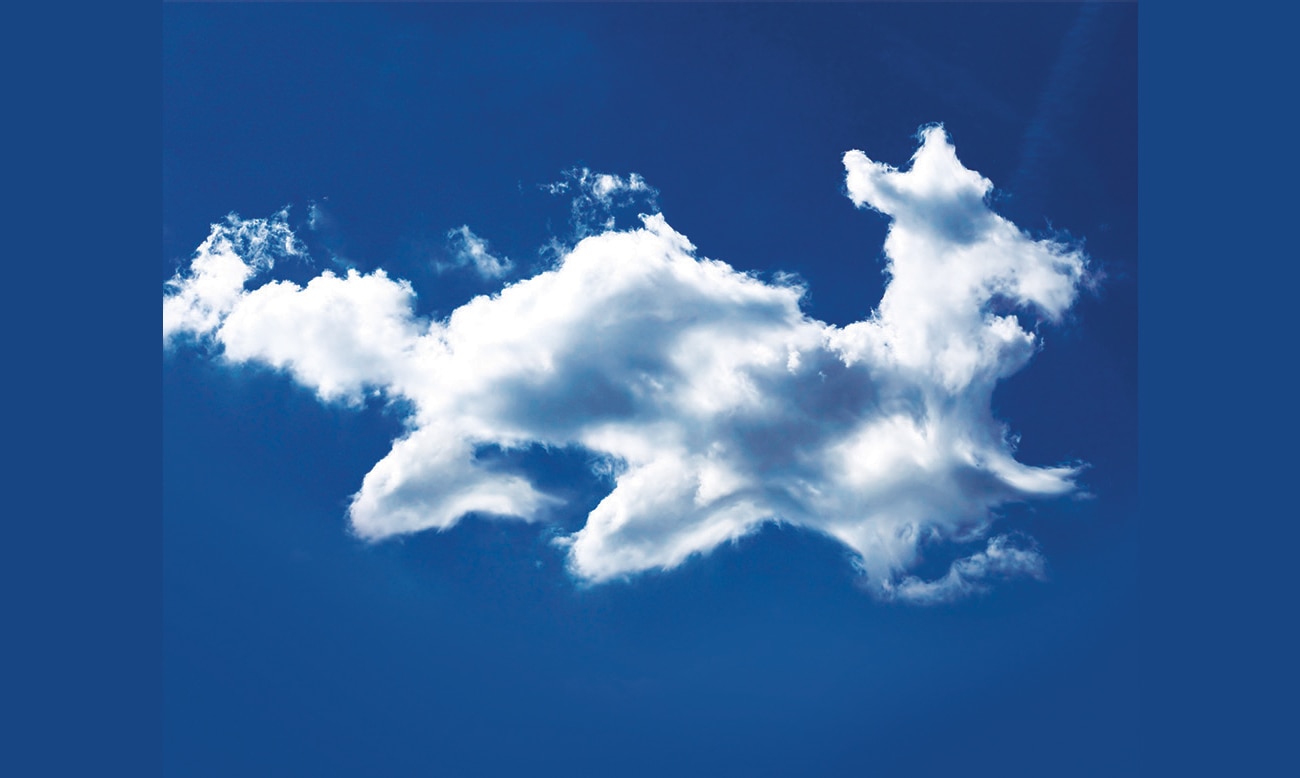 if you’re able to see a face or pattern in a cloud, you are more prone to seeing ghosts.; Photo Getty images

“Humans are primed to see faces as it’s important to quickly read information from them, and if you’re a good pattern observer, you’ll be more likely to ascribe forms or faces to something like a shadow than someone else. Your brain then fills in the gaps to make it a ghost.”

And it’s not just sight that might be affected. Researchers at the UK’s Durham University have also found that some people’s brains are tuned to pick up speech patterns from random noise, which might explain spooky voices, too.

Conjure up an image of a haunted house and you probably think of somewhere dark, mouldy and a bit run down—which led researchers at Clarkson University in the US to suggest that mould might be behind some spook sightings.

“It’s a really interesting idea; some moulds do give off biotoxins that can affect the health and the brain,” says Jordan Bailey, curator for the New South Wales Plant Pathology and Mycology Herbarium. “There is a fungus called aspergillus fumigatus which can produce hallucinogens—and it does grow quite nicely on latex paints in homes, although I don’t know of many old houses painted in those.”

He points out that if you’re breathing in enough spores to cause hallucinations, you’re probably quite sick with other symptoms. But people see what they want to see, he says, “and if someone is starting to suffer from neurological problems of mould toxicity, like brain fog, sleep problems or depression, they might be more impressionable.” However, you wouldn’t just walk into a haunted house, breathe in some mould and ‘see a ghost’, he says.

Around 50 per cent of widowers experience some kind of ‘visit’ from their loved one after their death. These encounters normally fit something researchers call the four Rs: reassurance from the deceased that they are OK; resolving—allowing for forgiveness or closure; re-affirming connections; and/or release.

“This is a normal part of the grieving process,” says grief counsellor Eugenie Pepper from Sydney. “The idea that someone is lost to us forever is huge, sometimes too huge to accept, and so the brain may protect us by creating this ongoing connection after death.”

Pepper says she’s heard enough stories of unusual encounters to make her think that perhaps sometimes something more spiritual is going on. “There’s a famous exercise in psychology where you’re told to concentrate on some people throwing balls and halfway through a gorilla appears. Because they’re told to watch the balls, most people don’t see the gorilla—until they are told about it.”

She says that sometimes she wonder if this is the case with ghosts. “Maybe they are there and we ignore them. Only when we deeply want to see something does it become visible.” 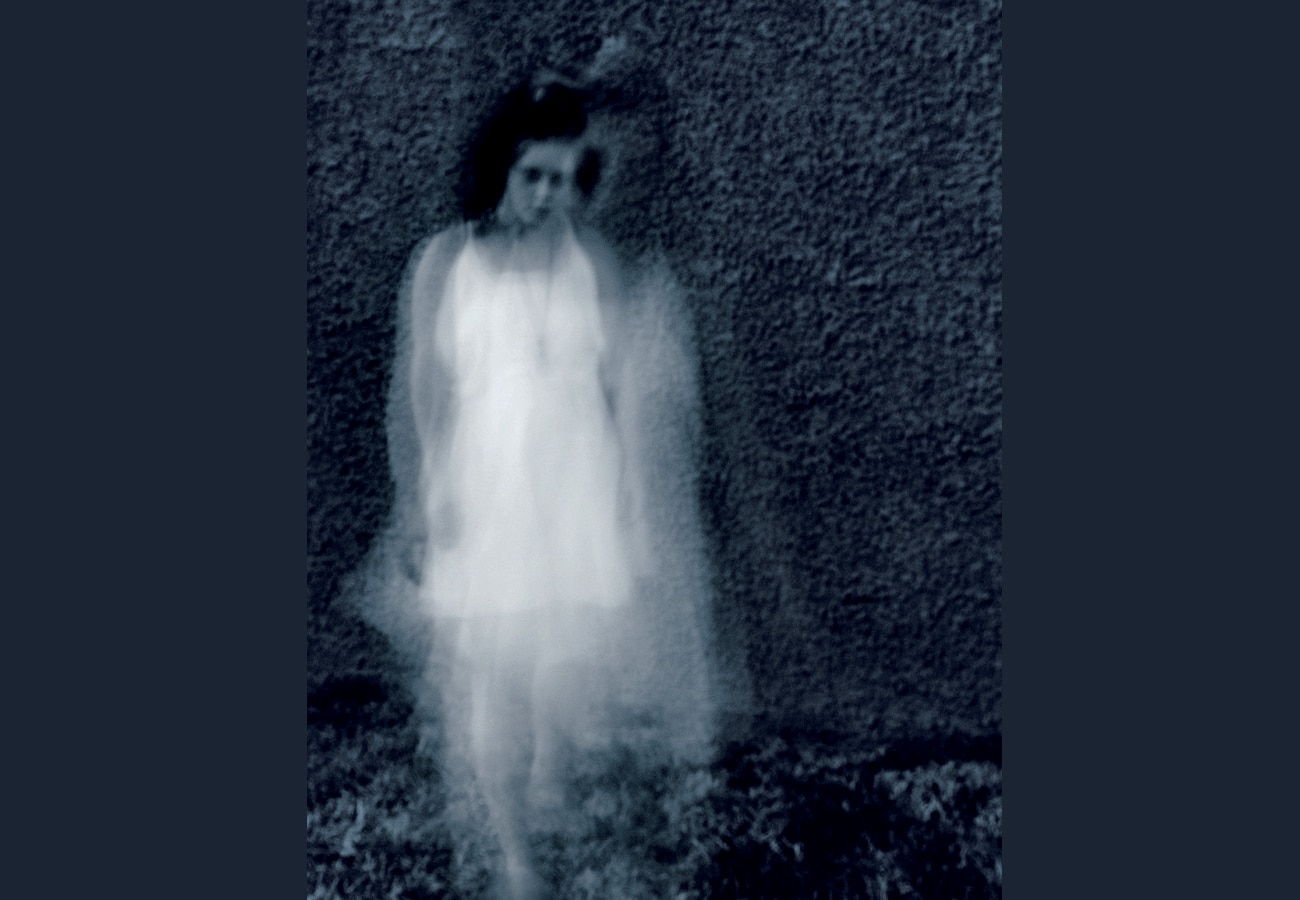 Infrasound has a frequency of under 20 hertz, below the range of human hearing. Although we can’t hear infrasound, it can effect our body causing discomfort, dizziness, blurred vision and panic attacks. In the 1990s, infrasound was linked to ghosts after British engineer Vic Tandy felt a sense of unease and saw a figure he couldn’t explain in a laboratory he was working in. Eventually, he realized a recently installed fan, which was emitting vibrations at 19 hertz, was to blame. But once the same frequency was discovered in a ‘haunted’ pub, the theory of infrasound causing hauntings was born.

It’s a controversial idea. “I’ve studied infrasound for years and it gets blamed for a lot of things that are actually caused by other issues,” says Norman Broner from the Australian Acoustical Society. But it is true that a few experiments have shown a change in people’s feeling upon exposure to infrasound. In a study by Professor Richard Wiseman from the UK’s University of Hertfordshire, 22 per cent of people said they felt uneasy listening to music ‘spiked’ with infrasound.

There’s a few reasons why this might occur. A study at Max Planck Institute in Germany found that infrasound exposure triggered activity in the amygdala, a part of the brain involved with stress and fear. “There’s also some evidence that the frequency of infrasound might cause vibration of the head and neck which could distort vision and explain unusual sightings,” says Professor Wiseman. But even he admits there may be a level of suggestion about how the feelings are interpreted. “If you walked into a modern building and suddenly felt uneasy, you might ignore it. But walk into an old Scottish castle with a reputation and feel the same thing, that’s a ghost,” he says.

People who believe in ghosts are more likely to see them (not surprisingly), but there are also other personality traits that psychologist Neil Dagnall from Manchester Metropolitan University in the UK associates with people he names ‘ghost-experiencers’. “They tend to be less tolerant of ambiguity and look for solutions for unknown occurrences/sensations rather than ignore them,” he says. “They are also higher in imagination and creativity than other people.” The combination is a recipe for attributing ordinary things to spooky causes.

Loneliness has also been associated with a greater chance of seeing ghosts. Reports of home hauntings increased during Melbourne’s long lockdown and New York saw a similar rise. Asked why by The New York Times, psychologist Professor Kurt Gray from the University of North Carolina blamed it on a combination of pandemic stress and isolation.

“If you’re trapped at home needing human contact, it’s comforting to think there might be a supernatural agent there with you.” Although we guess that depends on how friendly they are!

5 Spooky Spots to Visit – Or avoid at all costs

Scene of a military massacre during WWII, visitors to the beach claim to hear the cries of soldiers and even see bloodstains appear on the sand. Monte Cristo Homestead, Australia This Victorian-era home in Junee, New South Wales, has had at least four deaths at the property – and it seems the victims haven’t left! You can stay overnight but be warned, sceptics are apparently visited more often than believers.

This folly close to Ipoh has underground tunnels, impressive architecture and at least four ghosts, including its former owner William Kellie Smith and his young daughter, who still runs around her bedroom. The identity of who haunts the wine cellar is unknown.

The ghost of a murdered prostitute is said to haunt this hotel in Saint Bathans, Otago. Some male guests said they experienced a feeling of being held down at night.

Now abandoned, this was once used as a military brothel and is reportedly haunted by a number of women. Its spooky reputation grew after rumours that some schoolgirls who snuck in to stay overnight were so distressed they needed psychiatric treatment afterwards.