Invasion Of The Ravenous Pests: Seven Fascinating Facts To Know About Locusts

From the Biblical times to the present day, locust invasions have meant widespread loss and devastation 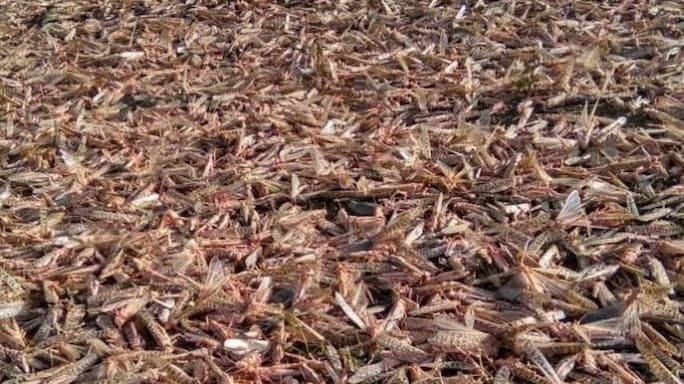 If this year didn’t feel calamitous enough, now there are swathes of locusts that have crossed over early from southern Iran and south-west Pakistan, into the northern and central region of India, devouring everything fresh and green in sight. Though locust invasions aren’t new in man’s recorded history—they seem to find a mention everywhere, from the Bible, to the Quran to the inscriptions of the ancients—Egyptians and the Greeks. This season’s swarms are the worst in three decades in India, adding to the extraordinary devastation that the year 2020 has brought with it. Here is a look at seven facts about this pest.

1. A locust is a greater good-time Charlie than any other species on this planet. Eggs that have remained in the ground for as long as 20 years can hatch when provided with good, fertile conditions. It’s young—called hoppers—usually takes about four weeks to grow into adults, but when faced with good fertile conditions their growth speeds up.

2. The locust loves company. Though its normal state is the sedentary solitary-phase, characterized by short wings, long legs, a high crest, a large head and a tan or green colour, but as soon as they get together, or rather forced together during dry spells in search of food, they transform! Within hours of assembling together, they get a boost of serotonin (a natural mood stabilizer)—caused by the sight and smell of other locusts—which spurs them into their gregarious-phase, characterized by shorter legs rapid movements, sociability, increased self-grooming, a more varied appetite and a bright yellow appearance. Confucius even wrote a poem, called The Fruitfulness of the Locust, singing paeans to this indomitable trait of the paltry insect displaying strength, once united. 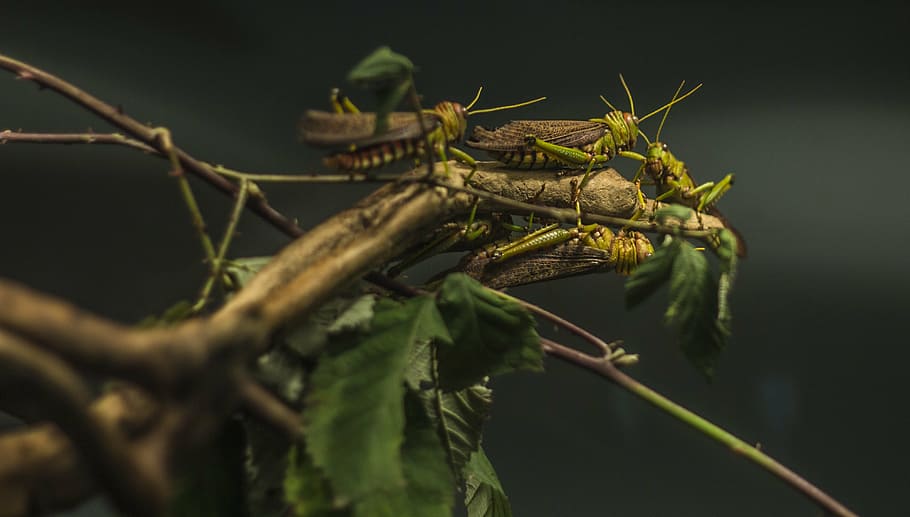 Locusts about to feed on a plant (Photo: Pxfuel)

3. The locust’s appetite can battle any champion eater, and make an easy meal of the competition. An adult locust can eat its own body weight in a day. According to the United Nation's Food and Agriculture Organisation, a swarm of 40 million locusts or a one square kilometre swarm can eat as much food as 35,000 people or six elephants in a day.

4. Ancient Egyptians wore locusts amulets—with a flat base usually inscribed and pierced through for threading on a string or wire—possibly to ward off locust plagues. The locust hieroglyph, besides used for referring to the insect in several contexts, was also used to refer to soldiers, as armies typically attacked in great numbers. Some examples are, Rameses II in the battle of Kadesh inscriptions described the armies of his Hittite enemies, as “They covered the mountains and valleys and were like locusts in their huge number”. They find a mention in the Pyramid texts, as well.

5. Locust plagues have been around for millennia, the Book of Exodus mentions that around 1400 BC Egyptians encountered these ravenous pests as they struck as the eighth Biblical plague. But, a plague is largely uncommon; it only begins when swarms travelling 48 to 96 kilometres develop over multiple regions. But human intervention to decimate these pests is essential; otherwise an infestation can last for several years, until natural die-off occurs. 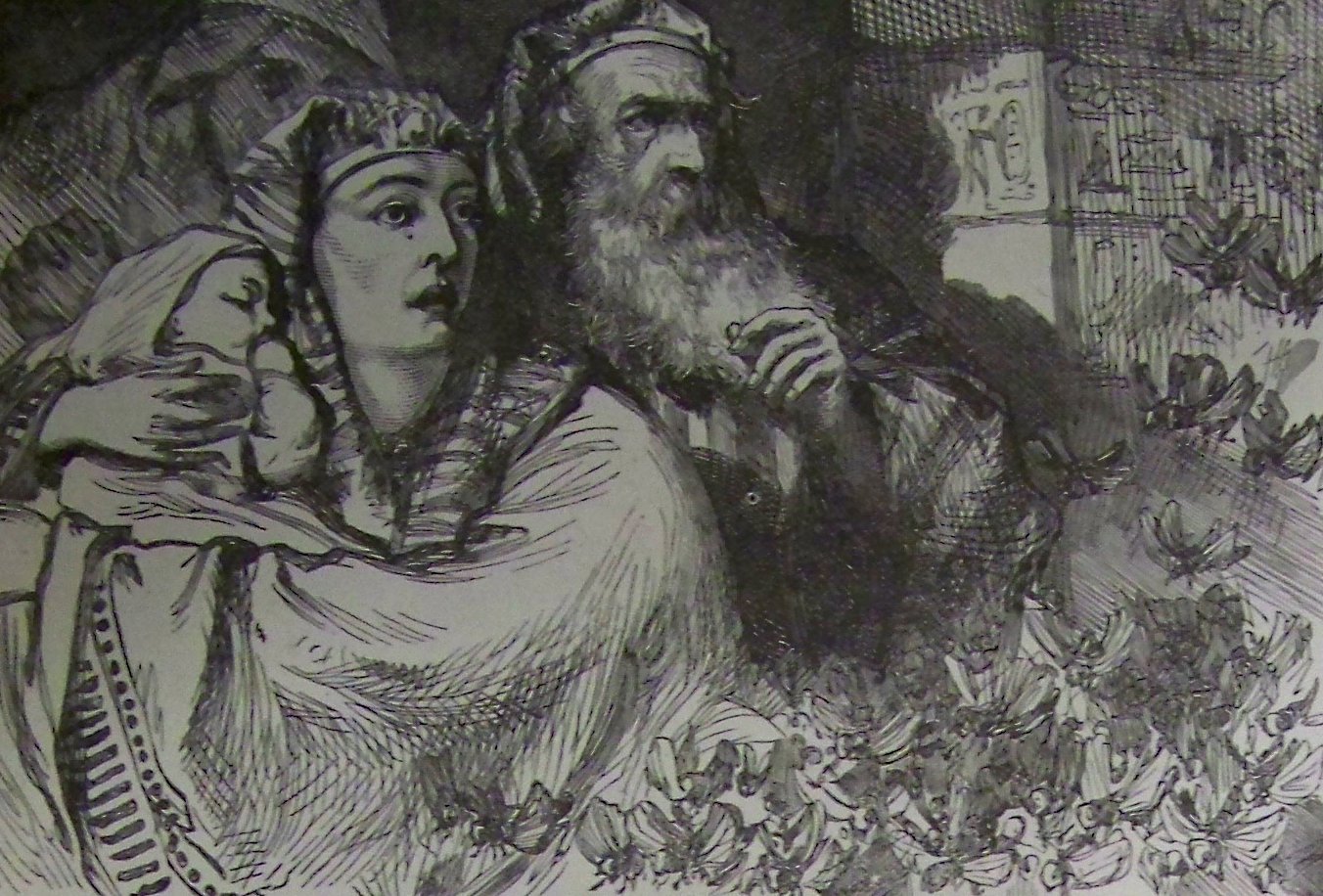 The Plague of Locusts (Illustration from The Holman Bible, 1890, via Wikimedia Commons)

6. Locusts can serve as a source of plenty of protein for the adventurous. In 2013, when Israel found itself grappling with a locust invasion, they found a gastronomic measure of pest control—eating them. As the only insect considered kosher—the book of Torah states that four types of desert locust can be eaten, the Israelis took to chomping these crunchy delights. The most delectable of the lot: Locusts that have feasted on sesame plants, lending them an oily, shiny tinge.

7. The last major locust invasion that held India in its grip was in 1993, though the government records do not categorize this as a major outbreak, but during this attack 190 swarms affected almost 3,10,482 hectares in Rajasthan. The last locust plague cycle that occurred in India was from 1959-62 and caused 50 lakhs in damages.

Do You Like This Story?
25
4
Other Stories
Please enter valid text
Must Reads
Latest Issue