Hiroshima Day: The Events That Led To The Bombing Of The Japanese City And Triggered Another War

On 6 August 1945, a never-seen-before destruction was unleashed by modern warfare on Hiroshima 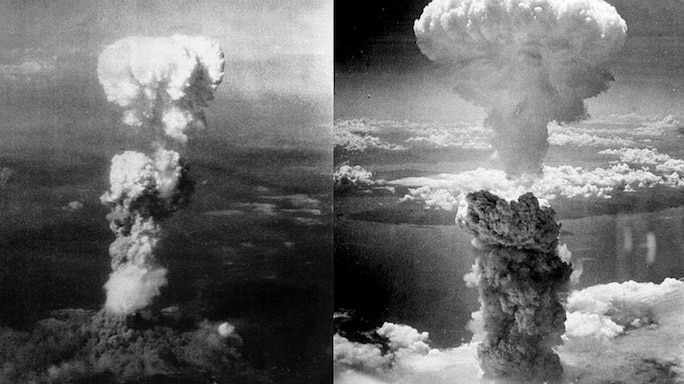 The bombing of Japanese cities of Hiroshima and (left) Nagasaki. Photo: Wikimedia Commons

Seventy-five years ago, on this day, the world witnessed the enormity of destruction that modern warfare can unleash. At 8:15 a.m. on 6 August 1945, Enola Gay, an American bomber, dropped an atomic bomb over the Japanese city of Hiroshima. According to some estimates, the blast destroyed the city and killed 1,40,000 people. Three days later, another Japanese city, Nagasaki, would witness the same ghastly scenes of destruction.

Hiroshima Day is a reminder of the price innocent civilians pay for war and why countries need to push for anti-war and disarmament policies. Reader’s Digest looks at the events leading up to the bombing of the two Japanese cities:

1. The United States declared war on Japan on 8 December 1941, a day after Japanese forces launched a surprise attack on Pearl Harbor, the US naval base in Hawaii. The attack killed 2,400 people besides damaging nearly 20 naval vessels and roughly 300 airplanes.

2. At the joint session of the US Congress on 8 December, then US President Franklin D. Roosevelt delivered the historic ‘infamy’ speech. “Yesterday, December 7, 1941—a date which will live in infamy—the United States of America was suddenly and deliberately attacked by naval and air forces of the Empire of Japan… I ask that the Congress declare that since the unprovoked and dastardly attack by Japan on Sunday, December 7, 1941, a state of war has existed between the United States and the Japanese Empire,” Roosevelt said. Only one representative voted against the declaration—Jeannette Rankin, who said, “as a woman, I can’t go to war and I refuse to send anyone else”. The US, nonetheless, joined World War II.

3. A little over three years and six months later, the US became the first and the only country to ever use nuclear weapons against another country during war. However, the US’ nuclear-weapons programme had already started taking shape by 1939–40 after fears were expressed by several scientists, including Albert Einstein, that Germany was researching atomic bomb technology. 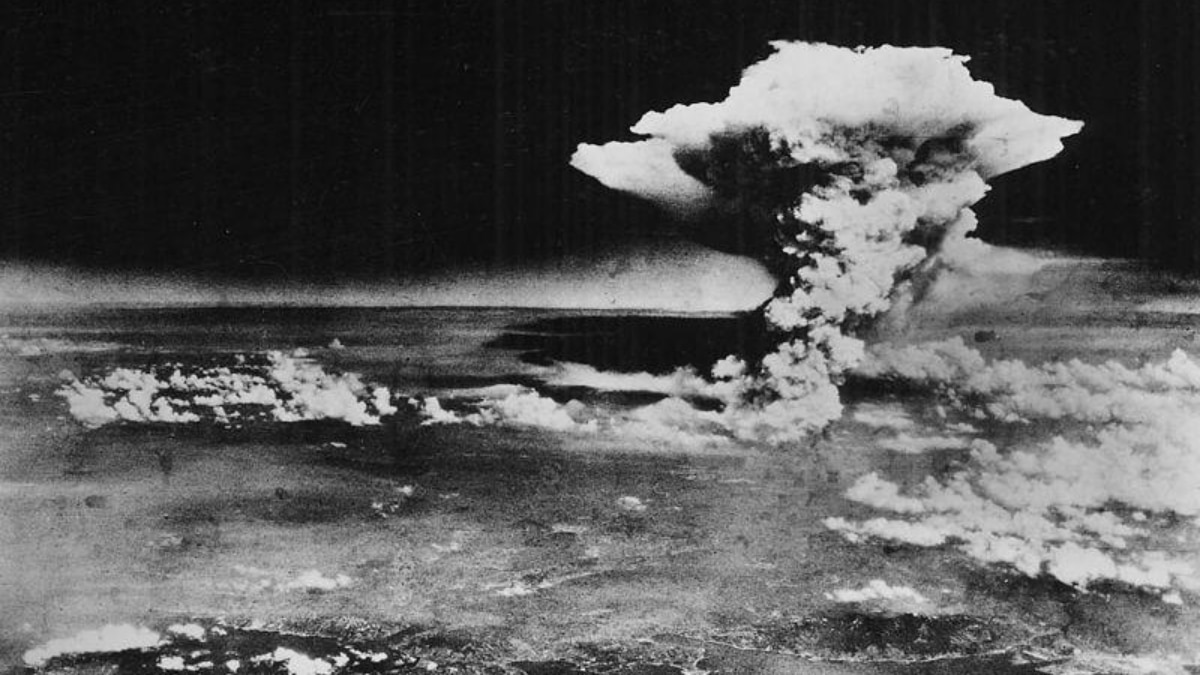 The atomic cloud over Hiroshima after the bombing on 6 August 1945. Photo: Wikimedia Commons

4. On 13 August 1942, the Manhattan Project was officially launched to build nuclear weapons. According to the Atomic Heritage Foundation, the first big funding was received in December when then US President Franklin D. Roosevelt “ordered an initial allotment of $500 million”.

5. A month before the US dropped two atomic bombs on Japanese cities, it carried out its first successful test in New Mexico on 16 July 1945. The atomic bomb, called ‘Gadget’, used plutonium and was detonated at the Trinity test site in Alamogordo, New Mexico. Soon after the test, the US along with Britain and China called for the unconditional surrender of Japan, but the latter refused.

6. On 6 August 1945, an over 9,000-pound uranium-235 bomb was loaded onto a Boeing B-29. The aircraft dropped the atomic bomb, nicknamed ‘Little Boy’, through a parachute. The bomb exploded 2,000-feet above Hiroshima. Hours later, then US President Harry S. Truman issued a statement which said, “What has been done is the greatest achievement of organized science in history. It was done under high pressure and without failure… Let there be no mistake; we shall completely destroy Japan’s power to make war.” Albert Einstein on hearing about the bombing had only this to say: “Woe is me”.

7. Three days later, another atomic bomb ‘Fat Man’—this one having plutonium—was dropped over the city of Nagasaki, an industrial centre, on 9 August at 11:02 a.m. The initial plan was to bomb another Japanese city, Kokura, but it was aborted because the city was covered by dense clouds. The bomb, which was more powerful than the one dropped earlier, killed an estimated 60,000-80,000 people, with many dying due to long-term exposure to radiation. On 15 August, Japanese Emperor Hirohito declared the country’s decision to surrender. Many historians believe that the Hiroshima and Nagasaki bombings triggered the long-drawn Cold War between the US and the Soviet Union.