Facts About May Day That You May Not Know

May Day has had a long and diverse history. Much before it came to be associated with labour rights, 1 May was a day of celebration in Europe 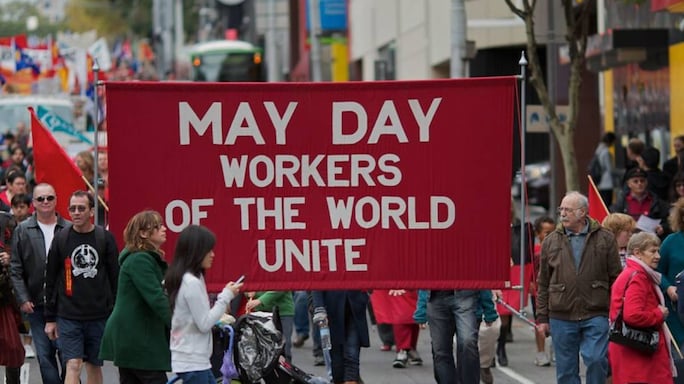 1. The Celts in the British Isles believed 1 May to be one of the most auspicious days. The May Day festival, also called Beltane, was celebrated to mark the beginning of summer. One of the mainstays of the festival was the fire that was lit to symbolize the return of life and fertility.

2. The Romans had their own five-day celebration called Floralia, worshipping the goddess of flowers, Flora. Generally held between 20 April and 2 May, the rituals were combined with the earlier Beltane celebrations, when they conquered the British Isles.

3. The maypole festivities, another celebration to mark the onset of summer, were also held in and around 1 May in some parts of Europe. The tradition, which can be traced back to the medieval period, involved setting up a tall wooden pole in a forested area. People, especially villagers from neighbouring areas, would gather around the pole, decked up in bright clothes and colourful streamers, and dance merrily. 4. There’s no connection between May Day and “Mayday!” History has it that the distress call was coined by an airport radio officer who felt that the word resembled m’aider, a short form of the French term venez m’aider, which means ‘come and help me’.

5. May Day came to be associated with labour rights only in the 19th century in the USA when men, women and children started bearing the brunt of the reckless Industrial Revolution.

6. The Federation of Organized Trades and Labor Unions (FOTLU) held a convention in Chicago in 1884, where it declared that eight hours a day shall suffice as a day’s labour legally from and after 1 May, 1886. They were supported in this demand by the Knights of Labor, the largest labour organization in America then.

8. On 3 May, police and peaceful protesters clashed at the McCormick Harvesting Machine Company plant in Chicago. A peaceful protest held the next day at the Haymarket Square turned bloody at the end when a bomb was tossed, killing seven policemen and eight workers. The reprisal was swift and brutal. In August the same year, eight people were blacklisted as anarchists without proper evidence and seven of them received death sentences. 9. The year 1894 saw another bloody carnage in the history of Labour Day. In July that year, President Glover Cleveland officially moved the US’ observation of Labour Day to the first day of September. This was done in the midst of brutal actions taken by federal officers against striking railroad workers who were being laid off or had their wages cut by the Pullman Company in 1893–94. The move was aimed at reducing the significance of the workers’ movement in the country by divorcing it from the international movement.

10. US President Dwight D. Eisenhower also tried to reinvent 1 May by rechristening it as the Law Day, which would commemorate the importance of law in the country’s creation. Through this measure, he intended to remove the bloody stains of the Haymarket massacre on a nation’s conscience.