13 Things You Should Know About Car Maintenance

Listen to your car's various needs regularly and fulfill them to ensure its longevity. 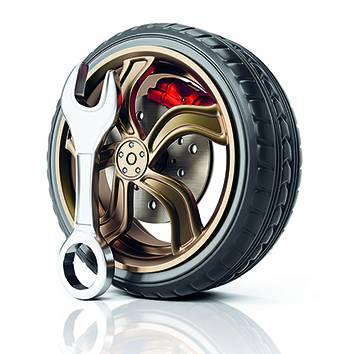 1. Choose the proper fluids for brakes, cooling and other systems. For models built after the year 2000, 'it's crucial that you use the manufacturer's fluids or equivalents', says Jason D'Amico, professor of automotive technology at Centennial College in Toronto. If you decide not to, transmissions and other components may be noisy or perform poorly.

2. Prioritize your tyres. When they don't have enough tread, you aren't able to stop quickly or handle slippery roads. Glenn Maidment, president of the Tire and Rubber Association of Canada recommends placing a coin in one of the tyre's grooves. Try a 1 rupee coin. If you can see the head of the Ashoka symbol then the tyre needs replacing.

3. Air can save you money. A tyre under-inflated by just 1psi can reduce fuel efficiency, so get it checked at least once a month. Tyre pressure varies from car to car and the information is usually given on a label inside the driver's door. Don't forget to check the pressure in the spare as well.

5. Replace your brake fluid every two years. It's hygroscopic, meaning it pulls moisture out of the air. This water contamination greatly increases the risk of brake failure.

6. Avoid waiting until your car won't start to replace your battery. Have it checked every autumn after the three-year mark instead. Batteries hate the cold, and one that's failing could work at 20˚C but leave you stranded when temperatures plummet.

7. Use the right grade of fuel. Some sportier models require premium, which ignites more evenly in their higher-compression engines. Regular fuel can leave these vehicles running sluggishly.

8. Take extra care during the monsoon. Brakes and tyres should be in good condition as should the windshield wipers and its blades. Ensure that the wiper reservoir is filled with water. Apply an anti-rust solution on the underside of the car as well as any metal parts that could be exposed to water. Use wax polish to protect the paint and always dry your car with a soft cloth, and clean out the mud after it has been in the rain.

9. Go long. During short trips, your vehicle's engine doesn't heat up enough to remove condensation, which reduces the engine oil's ability to protect moving parts. If you can't take a drive lasting at least 30 to 45 minutes each week, D'Amico advises changing your oil every three months, regardless of mileage.

10. Listen to your car. Open the window to check for grinding or squealing brakes, clunks when you turn the steering wheel or noisy exhaust. If you can hear a humming noise when the window is closed, it could be an under-lubricated wheel bearing. The bearing noise is speed sensitive, 'so the faster you go, the louder it gets,'D'Amico says.

11. Have the air filter inspected at every other oil change. If it gets dirty and clogged, it can cause your vehicle to use more fuel.

12. If you're considering a more eco-friendly vehicle, budget for maintenance. Hybrid engines still require oil changes. And while electric cars don't contain oil, you should have their brakes and steering inspected at least once a year.

13. Select your repair facility wisely and only allow licensed technicians to inspect safety items such as brakes. Make sure you head to a service centre with licensed techs.