Amphan: From a 'Super Cyclone' To An 'Extremely Severe Cyclonic Storm'

Cyclones are upgraded or downgraded depending on how they behave 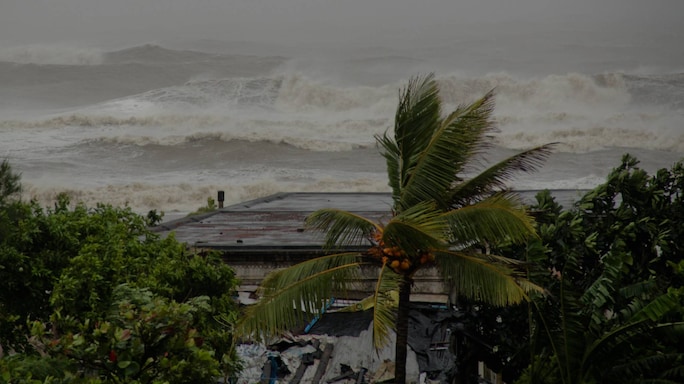 Amphan (pronounced um-pun), which was categorized as a ‘super cyclonic storm’ and then downgraded to an ‘extremely severe cyclonic storm’, made landfall near West Bengal on Wednesday afternoon. The Indian Meteorological Department (IMD) on Tuesday had predicted that Amphan could be the most intense of cyclones to hit the Bay of Bengal in recent times with a wind speed of nearly 230 kilometres per hour (kmph). Since then, the wind speed of the cyclone has gone down to around 170 kmph.

The term ‘cyclone’ is used for weather systems in the tropical regions with winds travelling at a speed of 34 knots or 62 kmph. In south Asia, the coastal regions around the Bay of Bengal have been the most cyclone-affected.

When you listen or read weather reports during the rainy season, you are often told that ‘depression’ or ‘deep depression’ in the Bay of Bengal is the main reason for the rains. These weather systems, like depression and deep depression, are categorized according to their wind speeds.

For instance, any weather system in the sea with a wind speed between 31 and 49 kmph (17–27 knots) is called depression; when it is between 50 and 61 kmph, it becomes a deep depression that can lead to heavy rains.

A cyclonic storm is one that moves at a speed of 62–88 kmph. When the wind speed reaches anywhere between 89 and 119 kmph, it is categorized as a ‘severe cyclonic storm’ and this is when precautions are taken in the coastal areas. More serious category storms are ‘extremely severe’ and ‘super cyclonic’. A super cyclone travels at a speed of 222 kmph or 120 knots and more.

The coastal region along the Bay of Bengal has seen severe cyclones in 1963, 1991 and 1999. The super cyclone that hit Odisha in 1999 had a wind speed of 260 kmph—it is often considered one of the most powerful and devastating cyclones to have hit the Bay of Bengal.

The 1999 cyclone is estimated to have killed more than 9,000 people, besides causing widespread damage.

The other two super cyclones in the Bay of Bengal in 1963 and 1991 recorded wind speeds of 240 kmph. The 1991 Bangladesh super cyclone is estimated to have killed more than 1.5 lakh people, making it one of the worst natural disasters in human history.

As coastal regions endure strong winds, huge sea surges and heavy rainfall, we can only hope that there will be minimal damage to life and property.