A ticketless dog on a train, a unique ban by beggars and a heavy snorer turn out to be the stars this time. 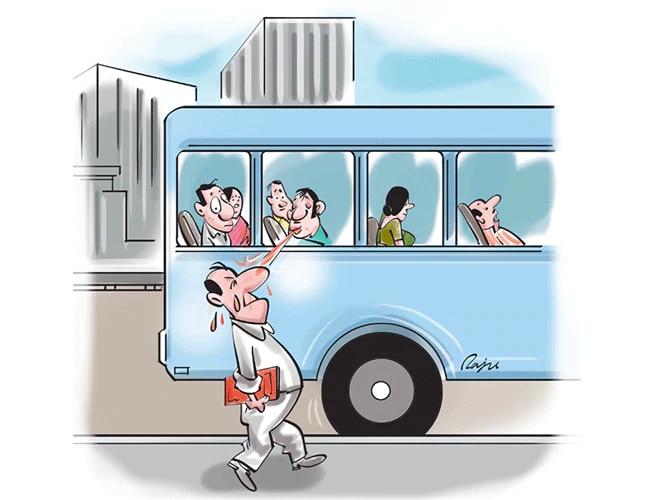 Never mess with a man's sleep. In this case, an entire train compartment's sleep. A passenger--Ramchandra--aboard the LTT-Darbhanga Pawan Express, deprived his co-passengers of their forty winks with his voluble snores. The irate fellow travellers, miffed at this not-so-sonourous disturbance to their night's sleep, decided to wake up the loud snorer and keep him awake for the next six hours. The incident was reported to the chief ticket inspector of the Jabalpur division of West Central Railway, who asked Ramchandra whether he wanted to lodge a complaint if he felt victimized. The latter responded with a 'no' to both and ended up forging friendships with his co-passengers. Never good to lose sleep over small matters, we say!

It did turn out to be a dog's life for this 45-day-old pup who was 'caught' ticketless aboard the Dakshin Express, travelling from Delhi to Hyderabad. The little Bully breed was nabbed in the pantry car along with his handler, and duly 'penalized' at Agra Cantt. The handler had a general class ticket for himself, but had failed to get one for the pup worth Rs 33,000. So he had to cough up Rs 575, including Rs 27.30 for GST, for the clueless mutt. The Indian Railways are quite dogged about their rules, aren't they?

Being in love makes one highly imaginative, as examiners checking the Uttar Pradesh Board's intermediate chemistry answer sheets quickly realized. A student, confronted with the question paper, forgot all about formulae. Instead, he poured his heart out on the answer sheet, confessing he was in love and distracted, as otherwise he used to study a lot until high school. While the answer sheet had hearts pierced with arrows, the marks awarded to him for his declaration of love, may just need a strong salve.

Your character is in your jeans, as is the gender of your unborn child and his or her health. So says Rajith Kumar, professor of botany at Sree Sankara College, Kalady, Kerala. While speaking at a government-sponsored 'awareness class', he said "women who wear jeans and shirts and dress like men" will birth transgenders. Really, now! So fathers who wear lungis are responsible for all those who make the lungi-dance movement their life's motto?

When in Uttar Pradesh's Rampur, desist from giving beggars the new Rs 1 coins as they'll just fling it right back at you. The beggars have unanimously decided to 'ban' all Rs 1 coins in the state. Why? Because the one-rupee coins are "similar in size to the 50 paisa coins and even the rickshaw-wallahs don't accept them due to their small size". So, as their own brand of demonetization, this group no longer accepts any Rs 1 coins as alms. Beggars belief, doesn't it?