Join the War against Cancer 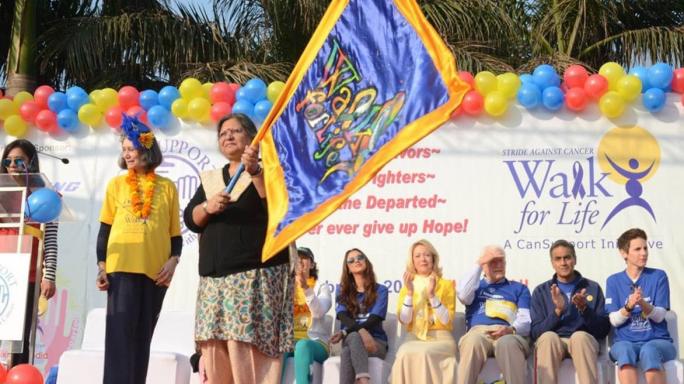 CanSupport’s first ‘Walk for Life’ took place in February 2008 in response to the urgent need to draw public attention to the growing crisis of cancer in India.

The Walk was conceived as a joint Indo–US production. The very first Walk enjoyed the patronage of the wife of the then US Ambassador to India, Jeannie Mulford, who continues to participate in the Walk. While in India, Jeannie had been diagnosed with breast cancer and was keen to spread awareness of breast cancer among women in India. A walk was seen as a lively and attractive way of doing this.

Jeannie was able to mobilize members of the American Women’s Association, while CanSupport volunteers rose to the occasion with their talent and commitment. Her wide network and reach also drew in Mrs Gursharan Kaur, the wife of the then Prime Minister of India, Dr Manmohan Singh. We are happy to say that since then both women have, literally, led each walk from the front.

As its popularity grows, reflected in the growing number of participants—now close to 10,000—the composition of the Walk too has changed. Whereas the first walk, down Shanti Path, attracted the diplomatic and expatriate community, subsequent ones have seen a more local population join the ranks. Those participating range from toddlers in strollers, family pets, school and college students to corporate and special interest groups, many walking under their own banners and displaying cancer awareness messages. Participants also have the option to run the route of 3.5 kms should they wish to do so. The venue of the Walk is now the most prominent promenade in the country: Rajpath.

Special features have been added to the Walk over the years--the ‘The Lap of Honour’ for cancer survivors, the Memory Wall and Remembrance Tree as well as posters worn by the participants that announce, “I am walking in honour of … ” with the name of the person to whom the effort is dedicated—all this has added to the emotional and personal significance of the Walk. Today, it honours those who have faced cancer, those living with cancer as well as the memory of those who fought the good fight. The gathering of a caring community in full public view is also an attempt to break the stigma around cancer. Positive messages, such as “There is life after cancer”, “I had cancer but cancer never had me”, and the energy of the young as they dance the zumba, contributes to the message of hope that the Walk wishes to convey. 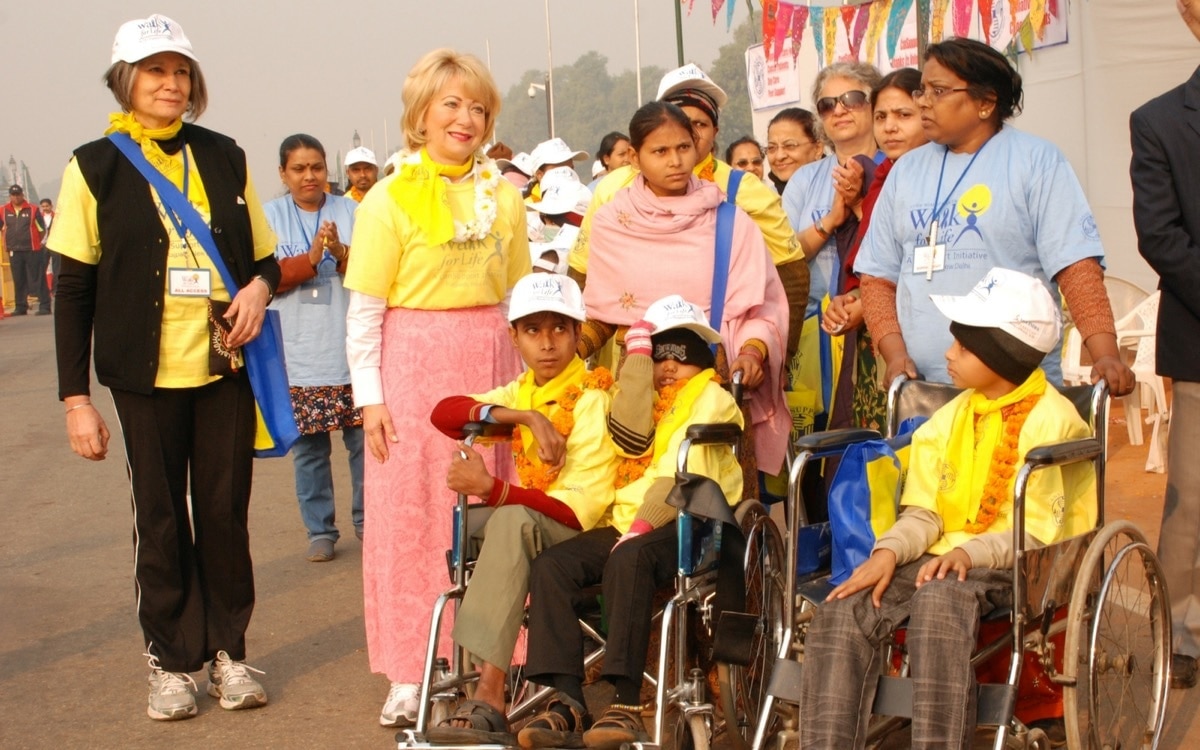 The event has something for everyone, including fun activities such as face tattoos, balloons and clowns who beguile young and old alike, while an army band and energetic drummers add to the upbeat atmosphere of the event. Bikers on their magnificent machines are always a pleasing sight to behold.

The Walk has seen its fair share of celebrities as well, including film stars, athletes of repute and other prominent cancer survivors. The day, however, belongs to anyone who has faced cancer. The Walk for Life event is a celebration of their courage, love, resilience and commitment to meet life on their own terms that adds a special sparkle to the occasion.

We cannot talk about the Walk without mentioning the sponsors who have supported it since its inception. We would like to especially acknowledge the contribution of Boeing International Corporation India Private Limited, Max India Foundation, KPMG, Nestle, American Center, PepsiCo, SRF Limited and Cox & Kings.

CanSupport is a Delhi-based organization that was founded in 1996. Since then it has brought medical, emotional, social and spiritual care to the doorstep of thousands of people battling with cancer in Delhi and its adjoining regions.

While the Walk helps us raise awareness as well as funds for our free of charge palliative home-care services, it also attempts to break the silence and ignorance around cancer.

This year the Walk is being held on 3 February, from 9 a.m to 11 a.m at Rajpath. Those interested to participate may register online on our website: www.walkforlifeindia.org.

The writer is the Founder & President, CanSupport and is a cancer survivor.