The concert, which had been postponed earlier, is now scheduled to be held at the Garden of Five Senses near Saket on Saturday at 6:30 p.m. 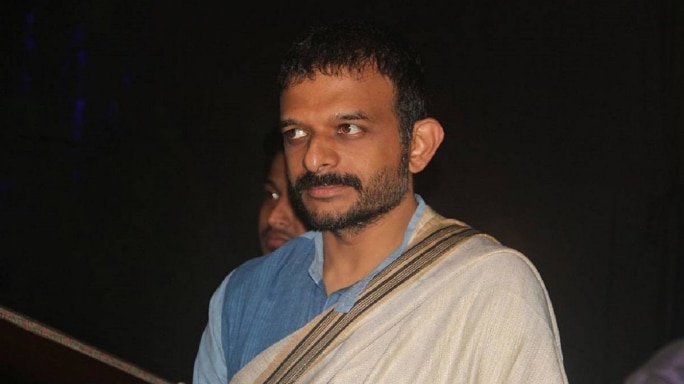 New Delhi, Nov 16. A day after T. M. Krishna's concert had been 'postponed' by the Airports Authority of India (AAI), it seems to be back on thanks to the help from the Delhi government, which had offered to host the event. Krishna tweeted out that it will be held at the Garden of Five Senses near Saket on Saturday at 6:30 p.m. Earlier, Manish Sisodia had said, "No artist should ever be denied an opportunity to perform. I have invited TM Krishna to perform on November 17 for the people of Delhi. It's important to maintain the dignity of the art and artists."

A campaign by right-wing trolls against Krishna, one of the finest exponents of Carnatic music, and a public-spirited artiste, had allegedly forced the organizers of the “Dance and Music in the Park” festival to cancel his concert. Krishna’s performance was supposed to be a part of the two-day event at Nehru Park, Chanakyapuri, organized jointly by the Airports Authority of India (AAI) and the cultural body, SPIC-MACAY.

The AAI had, on 5 November, tweeted about the concert, sharing details about the performers; Krishna’s presence was tweeted on 10 November. After Krishna retweeted the invite he had received, trolls on twitter launched a vicious attack on him, calling him a “converted bigot” and an “urban Naxal”. They also mocked him, saying that he sings about “Jesus and Allah”. The AAI wasn’t spared either—the trolls accused them of (‘mis’)using public funds to sponsor an an “anti-Indian” performer. They even tagged senior union ministers like Suresh Prabhu and Piyush Goel in these tweets.

Even though the organizers had promised Krishna that they wouldn’t cancel the event and instead provide him additional security, the decision was reversed on Wednesday evening. As of now, the concert has been postponed with a new date yet to be announced. Krishna, though, has offered to perform anywhere in Delhi as long as a stage is given to him on 17 November, adding that “we just can’t let ourselves be cowed down by this kind of threats.”.

However, the AAI chairman has said that the concert wasn’t postponed due to the backlash it faced on social media. Speaking to The Indian Express, he said that the decision was taken due to some issues and an ‘exigency’ that has apparently come up. He refused to clarify the organization’s position any further.

Be that as it may, speculation is rife that the decision has been taken due to pressure both from “above and below”. Liberals across the board see this as a direct assault on the freedom of speech and expression, which is increasingly becoming the norm in the country.

This isn’t the first time that Krishna has been targeted. His views on secularism, caste prejudice, his criticism of the current dispensation and his efforts to give new colour and meaning to Carnatic music by including hymns to Christ and Allah have made him a target of Hindutva proponents. Earlier, a Maryland temple had cancelled his concert allegedly after Hindutva activists had opposed it. In January this year, another of his concerts in Tirupur, Tamil Nadu, was held under enhanced security after a Hindu right-wing group had threatened to disrupt it.

Author and scholar Ramachandra Guha in a scathing column said: “When, as happened to me in Ahmedabad, a scholar is prevented from speaking, that is intolerance. But to prevent a great musician from performing in the national capital is not mere intolerance — it is barbarism.”

Update: Elsewhere in Mysuru, organizers of a concert featuring Krishna have also received threats. The concert-cum-workshop on the "Rare Kritis of Sri Muthuswamy Dikshitar'' is supposed to be held on November 22 and 23 and will be hosted by Ganabharathi. Over the past few days, social media users have been opposing the event, with some even considering it their duty to "defend dharma and the honour of shastriya music". Another user has said that Krishna has brought disrepute to Carnatic music by singing in praise of different gods. According to him, “Carnatic music was developed to praise Hindu gods, goddesses, environment, life and people. But he (Krishna) has used the same ragas and music for adharma."

Meanwhile, the organizers are confused about why these people are resorting to messaging and calling and not voicing their concerns openly. Other people have urged the police to initiate action against those who are spreading fear and distorting our liberal cultural values.