Altering the course of human events takes a grand idea and careful execution—most of the time. But at these fateful points, plans went out the window 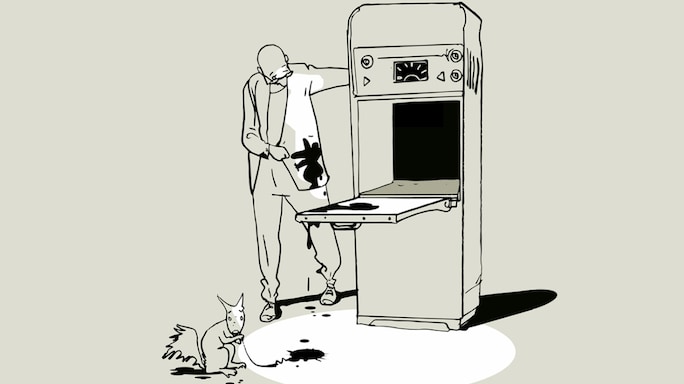 A melted candy bar helps create the microwave oven Percy Spencer was so fascinated by the sinking of the Titanic that he became a scientist. He joined the Navy, trained as a radio electrician, and ultimately became a civilian expert on radar during World War II, earning the Distinguished Public Service Award for his work. And he did it all without ever having graduated from high school.

After the war, Spencer worked for Raytheon Manufacturing, a defence contractor. As he was walking near the radar equipment one day, he absent-mindedly stuck his hand in his shirt pocket—and found a gooey mess. Spencer often carried a Mr. Peanut candy bar to feed the squirrels at lunch. He knew enough about radar to suspect that its heat-producing magnetron waves could be the culprit, but he wasn’t sure. So he placed a bag of popcorn kernels in front of the machine—and they popped. Then came a raw egg, which dutifully exploded all over a skeptical colleague's face.

Spencer fine-tuned his discovery with Raytheon and marketed it to airlines, railways, restaurants and cruise liners as ‘the Radarange’—or, as it’s known now, the microwave oven. Fortunately, microwaves have come a long way since 1947, when they stood nearly six feet tall, weighed 340 kilos, and cost $3,000. That roughly $35,000 (`25,97,656) today.

Dr. Seuss and StephenKing are rescued from the ash can of history

Different though they may be, StephenKing and Dr. Seuss have two things in common. They are both among the most successful authors in history, and they both narrowly escaped a life of obscurity.

Theodor Geisel—the good doctor’s given name—wrote his first children’s book, A Story No One Can Beat, in the mid-1930s. Working as an advertising illustrator at the time, Geisel sent his whimsical manuscript to 27 publishers. They all rejected it. After the last cold shoulder, Geisel stomped down New York City’s Madison Avenue determined to burn the manuscript and, perhaps, his writing career.

While he was out cooling off, he bumped into his old college roommate, Mike McClintock, who happened to edit children’s books at Vanguard Press. Geisel shared his woes with McClintock, who asked to see the story. McClintock suggested a few changes, and Vanguard published the book in 1937 with a new title: And to Think That I Saw It on Mulberry Street. According to Geisel: “If I had been walking down the other side of Madison Avenue, I’d be in the dry-cleaning business today.”

KING’S WIFE FOUND THE ASH-COVERED PAGES IN THE WASTEPAPER BASKET.

Stephen King’s first published book was about a bullied teenage girl who discovers that she has fantastic mental powers, which she uses to get revenge on her tormentors. King’s worst critic wasn't the publishers—it was himself. He disliked his story so much that he threw it away after writing only three pages, according to his memoir On Writing. A few hours later, his wife found the pages crumpled and covered with cigarette ash in the wastepaper basket. She took them out and started reading, and she was hooked. “She wanted me to goon,” King later wrote. “She wanted to know the rest of the story.” And so he went on. Carrie sold over a million paperback copies in its first year. it was bound to be a case for the age even before the suspect parked his white Ford Bronco on that hot Los Angeles night in 1994. OJ Simpson—football legend, rental car spokesperson, Naked Gun co-star—was accused of killing his wife, Nicole Brown Simpson, and a local waiter, Ron Goldman, on the steps of Nicole’s posh home in Brentwood, California. The evidence against OJ would appear to be damning, including blood in the Bronco and on a glove that matched one found near Goldman’s body.‘DNA evidence’ became a household term with the OJ Simpson trial, and it was not his friend. Neither was a man named Kato Kaelin, who was living in OJ’s guesthouse and testified that he could not account for OJ’s whereabouts at the time of the murders.

OJ Simpson’s team had plenty of its own angles to work. The trial unfolded just a few years after the Los Angeles riots, and the racial polarization of the city was palpable. In fact, the defence team took pains to label one of the LAPD officers investigating the case, Mark Fuhrman, as having a history of making racial statements.

Still, many observers believed OJ would be convicted. And then the prosecutor asked him to try on the bloody glove found at the crime scene. The image of OJ Simpson attempting to squeeze his meaty hand into the snug leather fingers became a defining moment in the trial, as did the way defence attorney Johnnie Cochran described it in his now-historic closing statement: “If it doesn’t fit, you must acquit.” And the jury did.

In the summer of 1928, Scottish physician Alexander Fleming was in such a rush to go on vacation that he accidently left a stack of dirty petri dishes in his laboratory sink. As if this weren’t already gross, the dishes were smeared with staphylococcus,a bacterium that causes boils, sore throats, and food poisoning. (Let's hope the doctor at least washed his hands before he left.)

When Dr. Fleming returned weeks later, he found something interesting in the mess in his sink: One of the petri dishes was dotted with bacteria everywhere except for where some mould was growing. The area around it was clear as if protected by an unseen barrier. Upon closer inspection, Dr. Fleming realized that the mould, a rare form of Penicillium notatum, had secreted a ‘mould juice’ that killed several strands of deadly bacteria. Dr Fleming published his remarkable discovery—and almost no one noticed.

In fact, years later, Howard Walter Florey, an Australian pathologist, found Fleming’s paper by accident while leafing through old medical journals. Along with biochemist Ernst Boris Chain, Dr. Florey began to explore the therapeutic effects of the mould juice, and by 1941 they had collected enough penicillin to use on the first human subject, a 43-year-old police officer suffering from a terminal bacterial infection he’d contracted after scratching himself on rosebushes in his garden. The results were astounding: The patient’s fever dropped and his appetite returned, and the penicillin used to treat him was hailed as a wonder drug. Unfortunately, when supplies ran out, the officer’s infection returned and he died.

Still, Dr Fleming shared the NobelPrize with Dr Florey and Chain for their work on the magic med. “I certainly didn’t plan to revolutionize all medicine by discovering the world’s first antibiotic,” he remarked, “but I suppose that was exactly what I did.”

A dog gives the world VelcroSwiss engineer George de Mes-tral was a natural inventor. When he was 12, he designed and patented a toy airplane. As he got older, he considered nature the greatest inventoron the planet, so he kept his eyes out for naturally occurring phenomena science could imitate. That’s where his faithful Irish pointer came in.

After a day hiking in the Swiss mountains, de Mestral noticed that his dog was covered with spiky burs, as were his own pants. He put the burs under the microscope and found tiny ‘hooks’ at the ends of their bristles that seemingly latched on to most any kind of fur or clothing. Since de Mestral was no fan of zippers—they tended to freeze in the Alpine winter—he spent the next 10 years trying to duplicate the burs’ irresistible attraction to his hiking partner.

After countless attempts and bellyrubs, de Mestral found the right material for his invention: nylon, which was strong enough for the hooks to hold but pliable enough to be separated with the right tug. DeMestral submitted his patent in 1952, and it was approved three years later. He named his invention Velcro, a combination of velvet and crochet, the French word for ‘hook’. 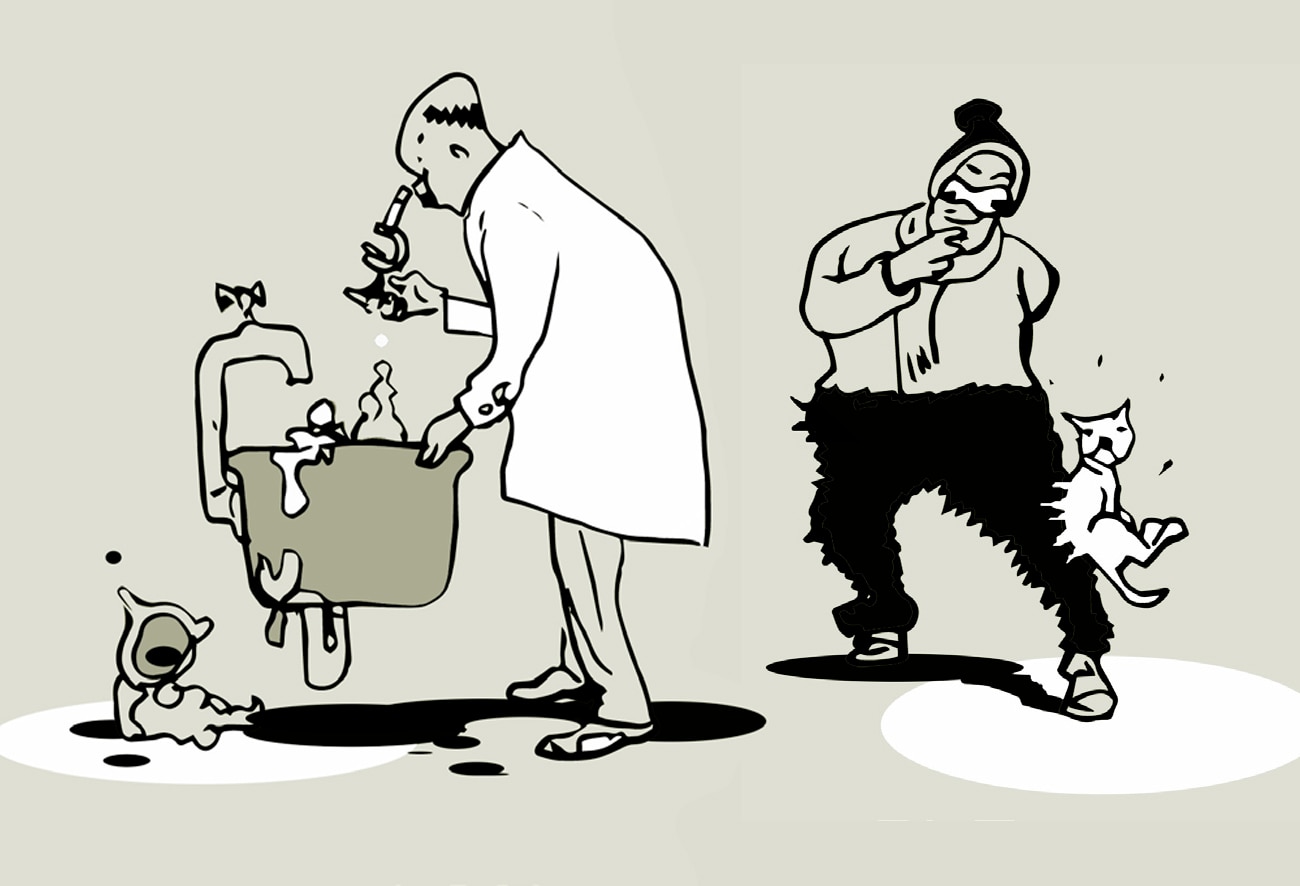 A note from Mum secures women's right to vote.

The road to women’s suffrage in the United States was long and difficult. After the passage of the 19thAmendment in 1919, the measure needed to be ratified by 36 states to become law. By the summer of 1920, the amendment’s advocates were one state from victory. Unfortunately, almost all the southern states opposed the amendment, and Tennessee was poised to join them because of a 48–48 tie in its state legislature.

A 24-year-old man named Harry Burn, the youngest representative in the state, was expected to be among those to vote ‘nay’—he was even wearing a red rose in his lapel, the symbol of the anti-suffragists. However, on the morning of the Tennessee roll call, Burn received a letter from his mother, Phoebe‘Miss Febb’ Burn. She implored him to “be a good boy” and support the measure. When Burn’s name was called, he voted ‘aye’ in a voice that was barely audible and yet shocking. He later declared, “I believe we had a moral and legal right to ratify” the amendment. He quickly fessed up to his mother’s influence on his vote.“I know that a mother’s advice is always safest for her boy to follow,” he said, “and my mother wanted me to vote for ratification.” 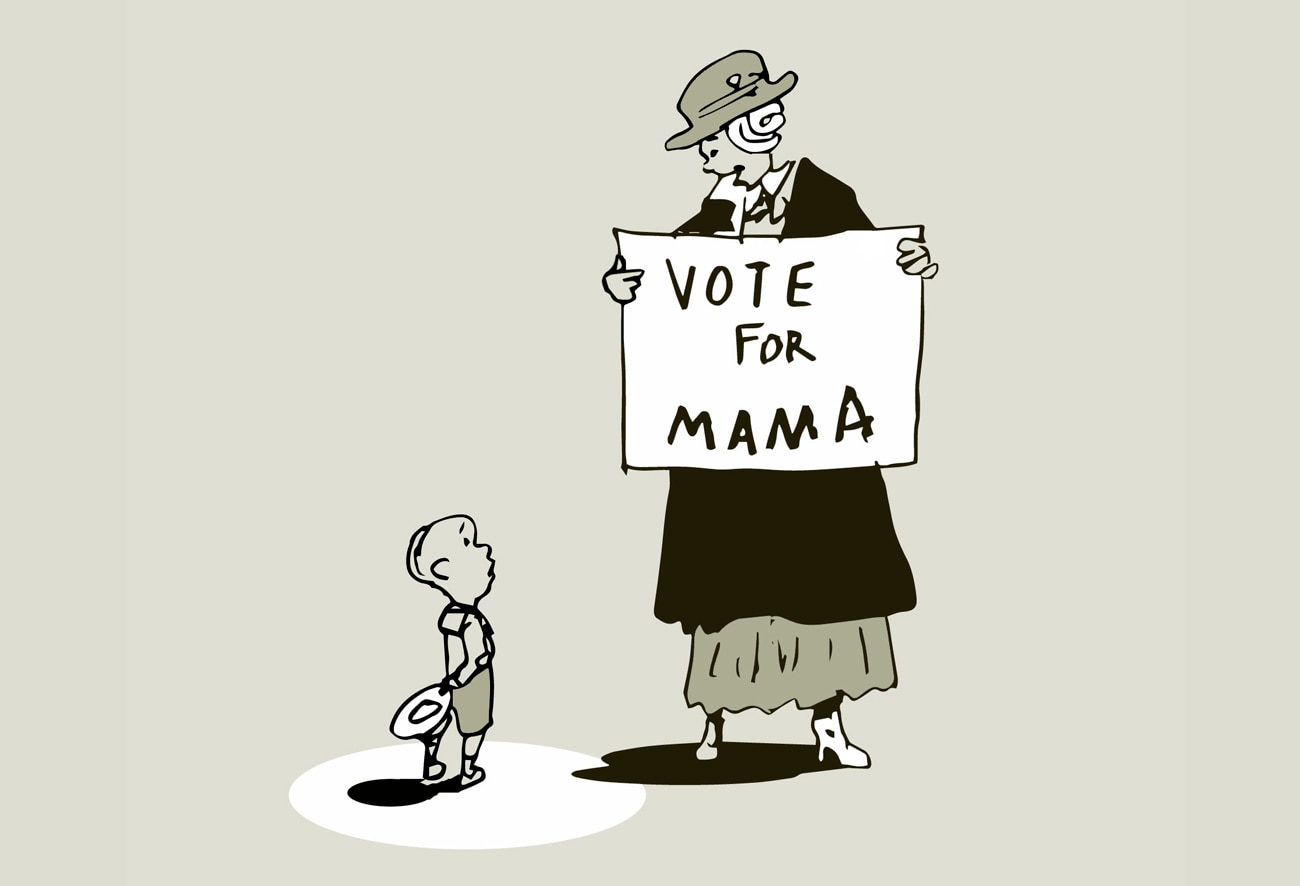 Glenn Cowan was practising for the 1971 World Table Tennis Championships in Nagoya, Japan, one afternoon when he realized he was the only American in the room. He had missed the team bus back to the hotel! Un-daunted, the 19-year-old Californianjust hopped on to the shuttle with the Chinese national team. Most of the Chinese athletes watched the shaggy-haired American with suspicion—the theUnited States had broken diplomatic relations with China way back in 1949, and the team had been forbidden to so much as speak to the Americans. But Zhuang Zedong, the team’s star player, stepped forward to shake Cowan’s hand. The two spoke through an interpreter and Zhuangpresented the American with a silk-screen picture of China’s Huangshan mountain range. Cowan, a self-described hippie, returned the gesture the next day by giving Zhuang a T-shirt featuring a peace symbol and the words ‘Let It Be’.

After that spontaneous exchange of goodwill was beamed around the world, Chinese leader Mao Zedong invited the entire US team to visit. A year later, President Richard Nixon made his own historic trip to Beijing