With Kindness As His Mantra: A Conversation With Irrfan Khan

Reader's Digest India had interviewed actor Irrfan Khan for its April issue. The actor had then talked about his diagnosis, patience and a clean mental slate 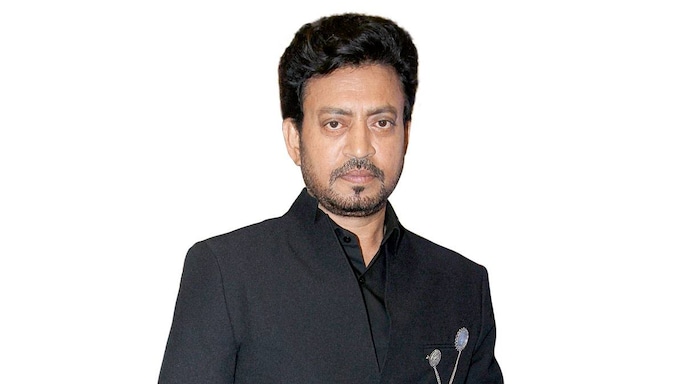 Your childhood ambition was to play professional cricket. If your family had financially supported this dream, would you have still ended up in films?

I loved cricket. When I love something, I don’t calculate where it will take me. Perhaps it’s a funny example, but my last house was in Madh Island, far away from the city [Mumbai]—a serene, beautiful house. People often wondered why I bought this property even though I wasn’t retired. But I was happy there as I could see very little of the city. It was surreal, the view of the distant city skyline from my balcony—all the noise, pollution and chatter were miles away. Hundreds of migratory birds would come to spend the night in a 200-year-old tamarind tree across my balcony.

For me, Madh Island was a nest away from the cacophony of the urban jungle. I didn’t calculate that I would spend extra time commuting, or that my kids would travel so far for school—we were just happy. Besides, kids learn to adjust faster than we think. They could only see the sea and coconut trees from their rooms, instead of skyscrapers and hearing the deafening traffic.

The point is, one cannot calculate everything in life, but parents do, to ensure the best for their child. And they push you to do what they think is best. If I had taken that route, cricket would have been my Mecca. I can’t do things half-heartedly. It was not like, Let me give cricket a try, and if it doesn’t work I will try acting. I had not looked at acting as a second passion until I abandoned the first for many reasons. I explored acting later, after I saw Naseerbhai [Naseeruddin Shah] in Nishant and Mithun Chakraborty in Mrigayaa. That’s when I realized, this is engaging; that as much as I liked cricket, this can be the ‘bhoot’ [spirit] I am possessed with.

In your first film in theatres—Mira Nair’s Salaam Bombay—you had a very small role. Could you describe the novelty of that experience?

Oh, it was immense! I was still in NSD [National School Drama], close to graduating. I couldn’t believe it. I was 20-something then. I remember telling my then girlfriend, now wife, Sutapa (writer–producer Sutapa Sikdar), “Let’s shift to Bombay. Life has begun.” It felt unreal. We felt hope looking at the Queen’s Necklace, shimmering from Sangam Apartment in Marine Lines where we were put up for Barry John’s workshop. In my life as an actor, I have stayed in the most luxurious hotels across the world, but the thrill I felt at Sangam could never be matched.

There are signs and lessons for you to pick up in every experience. The reality was, my time hadn’t exactly arrived yet.

When you look back at your efforts to gain a foothold in films, which experience stands out the most for you?

I did not do any networking and waited for my turn. That’s my biggest takeaway. Somewhere deep down, I was very sure I would evolve because I was very critical of my work.

You have been away from the public eye during your (cancer) treatment. Have you grown as an artiste in this time?

I was never a very public person; I simply did whatever was required of me for work. I took a sabbatical for my treatment, which cut down my interaction with people, essentially from the industry.

During my stay in London, I had a lot of time to go out, watch plays, films we don’t get to see in India, meet people unrelated to the film world—things I can’t do back home because I am recognized. It rejuvenated me. Visiting parks was one of my favourite pastimes there. Those long hours made me introspect about life. See, I was under treatment and the medicines take a toll on you physically and mentally. So the best way to deal with it is to clean your mental slate as much as possible. I didn’t even know when I would act again, so I didn’t practise my craft (if that’s what you mean)—but yes, I cleaned out the clutter. And when I got back to acting with Angrezi Medium, I approached it from a fresh perspective with no formula and no method. 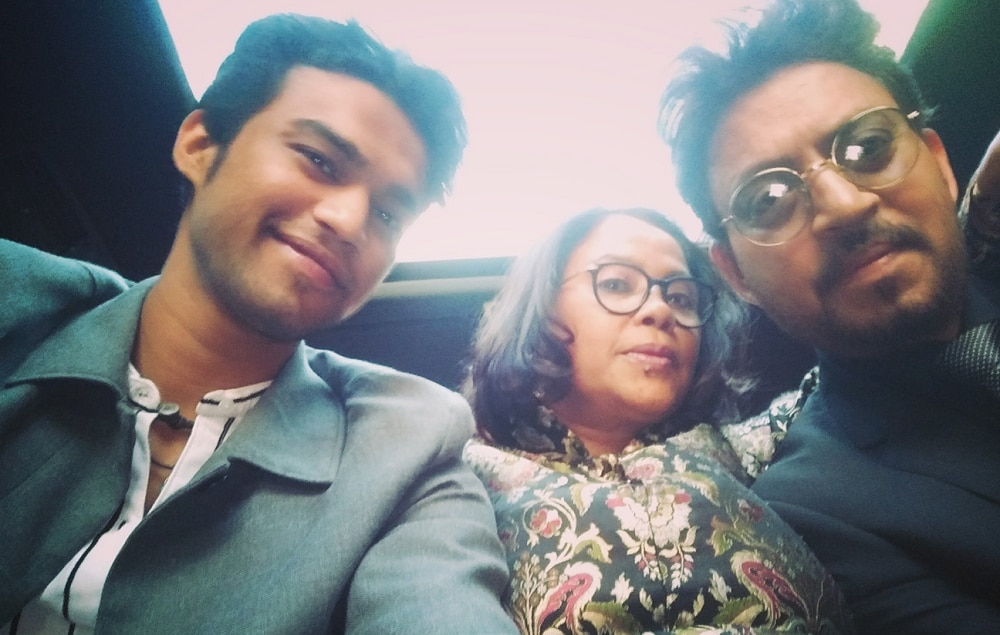 Irrfan Khan with his wife, Sutapa Sikdar and their elder son, Babil (left), in London in 2019 (Photo courtesy Sutapa Sikdar)

What was your first reaction when you received the news of your diagnosis?

Any thoughts you could share with those going through a similar experience?

There is no similarity in the situation as this condition manifests differently in different people. What helped me was my ability to become less and less anxious, to let go and be in the present. Fear had to be conquered. I strongly recommend meditation.

I always wanted a daughter. Oh, I would have loved to have a daughter. A father-daughter relationship is special. For Angrezi Medium, I did not draw analogies from observations. Instead, I played the imaginary relationship I had in my mind that I would have with my daughter, if I had one. Of course, the situation would be completely different if I’d really had a daughter, but the bond and the love came from the heart.

Have your personal experiences always contributed to your craft?

Yes. The evocation from personal experiences may not be similar at all to the scene you are enacting, but the grain of the emotion can be the same. You could extract the essence from the memories that are alive in your subconscious. All of the nava rasa [nine emotions] are there in your life. So, while drawing on an emotion, it always helps to hunt for personal ones.

You recorded an audio message for fans to accompany Angrezi Medium’s trailer release. One line in your message was, “Be kind to each other”. What prompted you to say that?

This has been on my mind throughout my journey over the last two years. We are not kind to people, to nature and it’s the reason why we are going the way we are. Nature is revolting. Kindness just makes life more bearable, as more happy people will make a happy world.

Do You Like This Story?
56
1
Other Stories
Please enter valid text
corona updates
Must Reads
Latest Issue