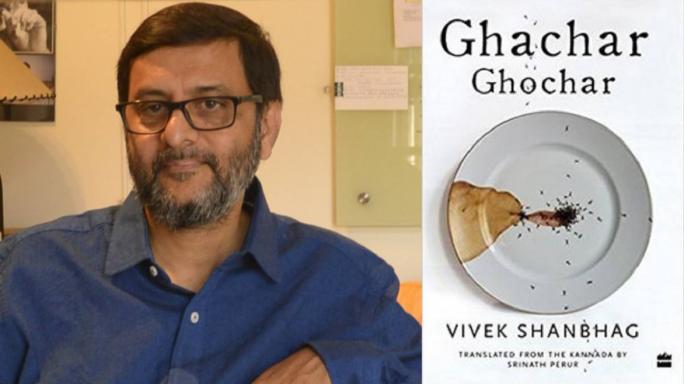 When was the last time a book written in an Indian language created a splash beyond its immediate realm? One remarkable Indian book that has quietly won over audiences not just in India but in different parts of the world is Vivek Shanbhag’s Ghachar Ghochar, a novella, originally written in Kannada in 2013. Translated by journalist and travel writer Srinath Perur into English it was first published in India by HarperPerennial in 2015 and made its way to the US (published by Penguin) and the UK (courtesy Faber & Faber) in 2017. The book was immediately greeted with critical acclaim everywhere.

Since then, Ghachar Ghochar’s reach has only widened in India over the past few years, with a spate of translations—in Hindi, Bengali, Marathi, Tamil, Telugu, Odiya and Malayalam. What’s more, it has grabbed the imagination of readers globally too, with recent editions being published in French, Italian and German. “In all I think we are at about 20,”  says Shruti Debi, agent of Shanbhag and Perur, of the number of translated editions forthcoming or in existence.

The sheer number of publishers and translators across countries who have come forward to take the book to a global audience is remarkable. It also indicates that irrespective of the language it was originally written in, the book’s narrative has struck a chord among readers across the world, transcending the boundaries of language and culture.

So what is it that has allowed a Kannada novella to become an international phenomena? Translator Arunava Sinha, who has translated the book to Bengali, refers to Shanbhag’s opinion that the more ‘local’ a book is, the more it appeals to a universal audience. Shanbhag may not have been hinting to Ghachar Ghochar here, but Sinha is convinced that it applies equally well to this novel. “As readers from a different country, people would obviously like to read something that is unique, intriguing and alien to them, and not what they may be experiencing in their daily lives many times over. Ghachar Ghochar ticks all the boxes here, as its exploration of the lived realities in a family in post-liberalized India isn’t something readers abroad will be inherently familiar with,” he says. “However, you don’t need specific cultural knowledge to appreciate the book.”

While the setting of the book may be local, the themes it addresses are universal. A family caught in the lure of wealth gives up its middle-class values and veers towards corruption; the stiflingly microcosmic compartments in the family, the resulting claustrophobia, and the sinister undercurrent of violence that threatens to create chaos, are features that are at once gripping. Says Sinha, “These themes may not be immediately relatable to an international readership, but they certainly resonate with the readers. Most importantly, the themes help readers across the world decipher the novel and the characters, even though the setting may be an unfamiliar one.”

One of the novella’s greatest attributes lies in not just what is said, but in what remains unsaid. Ghachar Ghochar relies on its power of implication and suggestion to pose important, thought-provoking questions without spelling them out, and leave the audience wondering: What next? Concurs Shruti Debi. “I have heard Vivek invoke Hemingway’s Iceberg Theory. Only 10% of the story is above the surface. The rest remains submerged, not as strategy but as refinement and economy.” This effect could only be achieved thanks to the excellent chemistry between Perur and Shanbhag. “None of it would have been easy, especially given the differences between the structures of Kannada and English,” she adds. “For being a novella, it took perhaps a year or more of hard, dedicated work to get the English translation down.” But what about the end result? “Srinath’s translation is very special in its elegance, its energy, its embrace of essence and effect. The translator and the author are both remarkably literary people,” she concludes.

Ghachar Ghochar thus demonstrates that good, relevant and relatable literature appeals to a universal audience. All it needs is a good translation to transfer the essence and flavour of the original work to readers across cultures. It is not surprising, therefore, to note the accolades it has garnered until now. Nominated in the longlist for the International Dublin Award in 2017 and the Times Critics’ Top Books of 2017 list, it was also a finalist for the Los Angeles Times Book Prize in 2018, besides being recommended by numerous authors and media agencies (national and international).

The success of Ghachar Ghochar will perhaps inspire publishers to take up the challenge of reaching out to more such Indian vernacular works for a global audience.