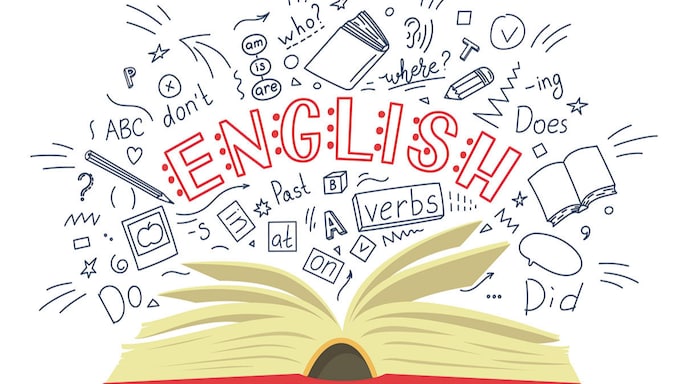 There are believed to be at least 125 million speakers of English in India, which makes it the world’s second-largest English-speaking country. This is reason enough for you to sit up and read this section, but the unique cultural differences between Indian English and our western mother tongue are, I think, utterly fascinating. I cannot hope but to skate blissfully along the surface of this deepest of linguistic oceans (how’s that for a seasonal mix?), but I would like to share some of its historical roots.

English in India is usually associated with the British Raj, but Indian English as we know it today is an entirely different creature. Once recognised as the ruling language of the starch-shirted elite, Indian English now represents the unique sociocultural mechanisms of this diverse, multilingual country. My ever-so-patient Indian editorial advisor for the book, who kindly educated me on the vastness of this stunning language, directed me to Macaulay’s Minute first published in 1835. Macaulay (not Culkin), the eponymous Supreme Council member of India, wrote about creating a new class of Indians who would act as interpreters for the British. These Indians would essentially become ‘vehicles for conveying knowledge to the great mass of the population’. (Whatever the opposite is of noblesse oblige, Macaulay was surely a dazzling practitioner.) As it happened, Macaulay’s vision for India manifested in a different way. The sub-dialects vary according to region and the speaker’s mother tongue. Numerous options and possibilities can be placed before ‘English’, and a completely different kind of hybrid and accent persists from state to state. One’s linguistic background is made prominent by one’s English. Delightfully, it is easy for one’s ear to be spoiled by the mellifluousness of Indian English. The speaker’s intention is, in the utterance, to define a word in as tangible a manner as possible. The r’s are hard, and words like ‘summer’ are spoken as ‘sum-mer’. On the other hand, this need for emphasis can also lead to a sense of anxiety about not relaying one’s politeness in professional mails.

In June 2018, Shashi Tharoor wrote a piece for the Week and made a bold announcement: that in his college days, he had invented the word ‘prepone’. Two columns later, Tharoor started his new piece with an apology for this ‘immodest thought’. In truth, the very first use of the word ‘prepone’ is credited in 1913 to a J. J. D. Trenor in the New York Times. Tharoor’s mistake is understandable, as the word is not as prevalent abroad as it is in India. Tharoor’s two columns launch into interesting facts about the Indian English phenomenon. He notes the comical difference between ‘mugging’ in India and abroad.While Google would say that mugging means to be robbed in a public place, or to, as an actor, make great big comical faces, for Indians the word is popularly used by students to refer to cramming before an exam. And if they then tell you they ‘passed out’ of college? Congratulate them, because all that mugging has paid off. ‘Passing out’ is simply the Indian English way of saying ‘I graduated’, rather than the American or British English way of implying that after one too many keggers or drinks parties you will never graduate at all.

There are cultural stamps in Indian English that cannot be translated into any other language. Although one might be confused when asked about one’s ‘good name’ in India, this characteristic belongs to Bengali culture. It is common for Bengali people to have an official name and a ‘daak naam’, a name used by family and friends. The official name is called ‘bhaalo naam’ in Bengali, which literally translates to ‘good name’. Another mark of a specific Indian experience is to name meat dishes as ‘non-veg’ (an abbreviation of ‘non-vegetarian’ that I daresay anyone living in a predominantly meat-eating culture would find utterly through the looking-glass).

Perhaps the most popular Indianism is that of calling strangers auntie/uncle. It is considered impolite to call older people by their name, and so many Indians prefer to use auntie/uncle for an older person rather than their name (that would be too intimate) or their surname (that would be too formal). Another example of the Indian English tendency to sound less formal is reduplication, which should come as no surprise to speakers of the language that has given us higgledy-piggledy, hocus-pocus, argy-bargy, and (I have no idea where I first encountered this—J. M. Barrie, perhaps?—but I’ve never forgotten it) hitherum-ditherum. ‘Very very’ is deemed more expressive than a singular ‘very’. ‘Sit sit’ is better than a single ‘sit’, which can sound too stern.

Code-switching has become the representative of Indian English. In north India, the use of Hindi and English words in the same sentence is commonly known as Hinglish. Loanwords are also a feature of Indian English, for example laathi-charge, cheetah, and bungalow.

Excerpted, with permission, from Dreyer’s English: An Utterly Correct Guide to Clarity and Style published by Penguin Random House, UK