V. Sudarshan’s earlier non-fiction titles—Adrift and Abduction—told us gritty tales of survival and escape. The journalist’s two new books— Dead End: The Minister, the CBI and the Murder that Wasn’t and Tuticorin: Adventure in Tamil Nadu’s Crime Capital—are both just as action-packed. 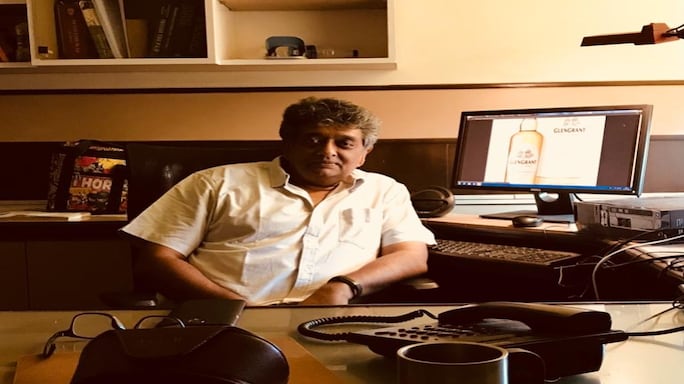 A Short History of Tractors in Ukrainian by Marina Lewycka, Penguin

A funny, funny book, which has you hooked from the first sentence. A man in his eighties marries a glamorous Ukrainian divorcée, a woman less than half his age, bringing chaos into his flabbergasted family. Has you fervently wishing Marina Lewycka was as prolific as, say, James Hadley Chase.

Midnight in the Garden of Good and Evil by John Berendt , Sceptre

Years after reading it, a book where true crime met a truly gifted writer, I remain convinced that improbable characters make for an unforgettable reading experience. The setting is lush, the characters bizarre and the soundtrack of the film that followed—directed by Clint Eastwood—is an elegant earworm. One iterates the other.

It was OUP that published this very slim and deeply transforming book of poems that has genius written all over it—the way the phrases turned and images startled, the words sitting fabulously, each with the other, playing culture and tradition and life, with ingenuity and dexterity.

Aunt Julia and the Scriptwriter by Mario Vargas Llosa, F&F

My entry to the fantastic world of South American writing: A divorced woman, an aunt here, in search of a new husband; a nephew in pursuit of a life in letters situated in an unlikely love affair; a writer who forgets his plots, and mixes up the characters he creates. Llosa holds you in thrall even before you know it.

He has written better books, but this one—cleanly penned, easy to read, hard to digest—gets darker with every page as it explores taboos in a world where children without parents become stunted adults. Read to the tune of Steely Dan’s ‘Everyone’s Gone to the Movies, Now We are Alone at Last!’

Do not let the slimness of this book fool you. Once you enter it—this street in Trinidad and Tobago—there is no escape. The novel is a literary boulevard of broken reams, written simply, with hooks so fine and elegiac, that you never want to leave.

The North Water by Ian Mcguire, Simon and Schuster

I like it darker sometimes, and this one had me spellbound. The year is 1859. A whaler sets sail from Hull for the Arctic Circle with a crew of the doomed and the damned. The violence is ferocious, the descriptions meticulous, the research painstaking, the recreation phenomenal, the horrors unremitting and the language absolutely riveting. I am a sucker for sea adventures but this is something else.

At age 35, Charlie Parker, the alto saxophone player who redefined be-bop, was dead. For days, I’d be high on Parker. If you have been touched by his music, it is hard not to be touched by this searing biography by his sometime manager, record producer and friend. The book illuminates the life and troubled times that this musical genius lived in. Once I read it, I realized how poor my appreciation of Charlie Parker was.

The Bonfire of the Vanities by Tom Wolfe, Picador

For a journalist, the many charms of Tom Wolfe—showy craftsmanship, grandstanding, scintillating writing— remain irresistible. All his excesses come perfectly together in this kingsize novel that is set in my favourite lost decade, the eighties.

If there is one book from all the books in the world that I dearly wish I had written, it is this. Heller himself never managed to surpass this masterpiece. Even now, when I dip into it now and again for reassurance, I am amazed at how much younger than me it has got, and how exhilarating it remains.