Pankaj Tripathi has shot to fame with his stellar acting. Watch out for him in Sacred Games Season 2 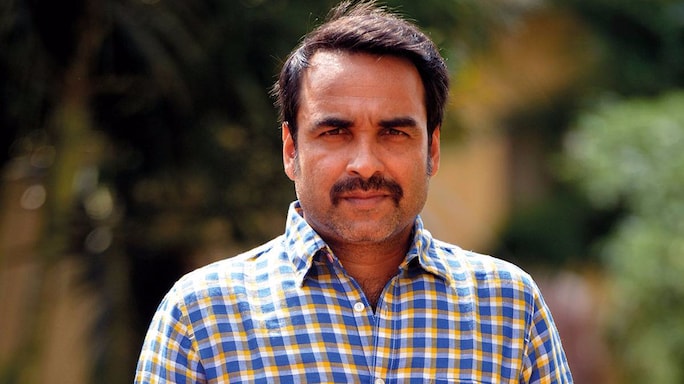 As a kid, you grew up in a village [Belsand, Bihar] without television for years. How did you decide to become an actor?

I got interested in acting when I saw a play in my village. Everything I am today, including my beliefs, comes from the time I spent there. And that is also why I keep going back—it keeps me grounded.

Were you really jailed once during your graduation years in Patna?

I was studying theatre, and I worked as a part-time cleaner at a hotel there. During a students’ agitation, a few of us were locked up for seven days. Those were the toughest, yet most eye-opening, days of my life. I spent so much time with myself, mostly reading, that I found answers to a lot of questions. It turned out to be for my own good. After that, my approach towards life has never been the same.

After moving to Mumbai, how difficult was it to pursue acting jobs while running your home?

My wife, Mridula, who used to teach, ran our home. I was jobless for a long time. In fact, I had become used to hearing ‘no’ from casting people or directors. All I wanted was to do small roles so that I could pay the rent. But thankfully, TV shows happened, and then, I was able to break into the film industry with Run. It was Gangs of Wasseypur and Masaan that put me on the map. I would always look up to actors like Irrfan Khan, Om Puri and try to create as much impact without replicating them. I wanted to build a style of my own, where I could fit into every ordinary and extraordinary character I’m offered—and that’s happening now.

Your performances have set new standards in Hindi films. How do you create such memorable characters?

I learnt from my guru, B. V. Karanth, that ‘with minimum create maximum’. Be it Sultan from Wasseypur, or Aatma Singh in Newton or the teacher in Nil Battey Sannata, I try to understand each of them—where they come from, why they say or do what they say or do and how they evolve. A gangster may be expected to be loud and aggressive, but when I play him with a smile on my face, it makes him more real. It’s about keeping the scope of growth of the character large, yet simple.

What can we expect from you in Sacred Games Season 2?

The Sacred Games show has a very unpredictable storyline. You never know when there’s a twist to a character’s tale. That’s what I enjoy the most about it. As an actor, when there is greater freedom to expand the personality of my character, I feel like I can experiment.

There’s 83, where I play the coach of the Indian cricket team when they won the World Cup [for the first time]. It’s been a very inspiring experience. Then there’s Angrezi Medium, where I’ll be seen alongside Irrfan Khan, which has been another dream come true. The second season of Mirzapur should be out soon, along with a few other films in the pipeline.