Tishani Doshi is an award-winning poet, novelist and dancer. Her recent book—Girls Are Coming Out of the Woods (HarperCollins), is a powerful collection of poetry, which deal with gender violence, memory, happiness, ageing and what the point of poetry might be. Small Days and Nights (Bloomsbury), her second novel, is forthcoming in April 2019. 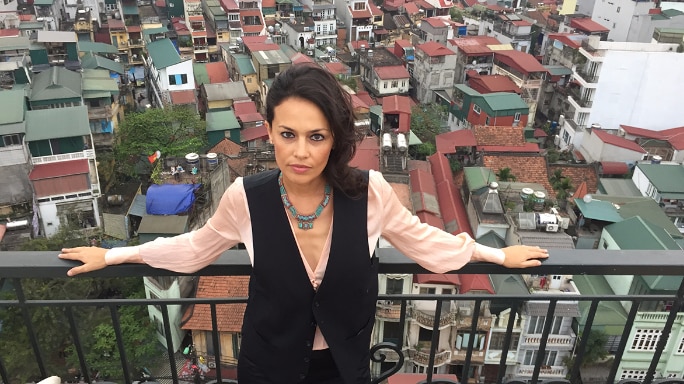 I remember reading Das and thinking, you can do this in a poem? There was something so irreverent about her, so unafraid of sentimentality, so relating to my own experience as a woman. She kicked open the doors of poetry and invited me to take a seat.

I love how Munro combined history and autobiography. These stories gave me permission to mythologize my own family history. It was also my first understanding that writing requires a kind of ‘calling attention’ and self-dramatization that most families don’t encourage. Sentence for sentence, Munro is flawless.

This is a monumental novel. Epic and intimate. Niekerk is a poet first, and it shows because her attention to language is sublime. But as beautiful as the language is, what makes this book masterful is what remains unsaid.

A book for every season of your life. This is a series of conversations between Marco Polo and the Emperor Kublai Khan, talking about cities when the map wasn’t so clearly defined, when one city could be all cities.

Szymborska is an easy poet to love because there is an apparent simplicity about her work. She is also funny, which is rare. But the more you read her the more you understand she’s always tricking the reader by introducing an idea and then subverting it.

I remember reading this novel and being mesmerized by the voice. The tone was mystical, biblical, speaking down from someplace far, mysterious, warning, lyrical. But it also captured something I’m interested in, which is the idea of loneliness. It’s an area I think Americans have an odd monopoly on.

In the feud between Camus and Sartre, I always knew which side my bread was buttered. His novels are wonders, but the essays emerge as entirely new things whenever you read them.

I love Bob Hicok. There is what we call ‘voice’, which Hicok has in spades, but it is equally the vision—surreal, tragi-comic, absurd, startling and, eventually, heartbreaking. I want to see the world the way he does, but failing that, I read his poems.

The dancer Chandralekha recommended these books to me, and I have always carried them as a pair. The poems are marvels, spare and lyrical, completely erasing the divisions between spirituality and sensuality.